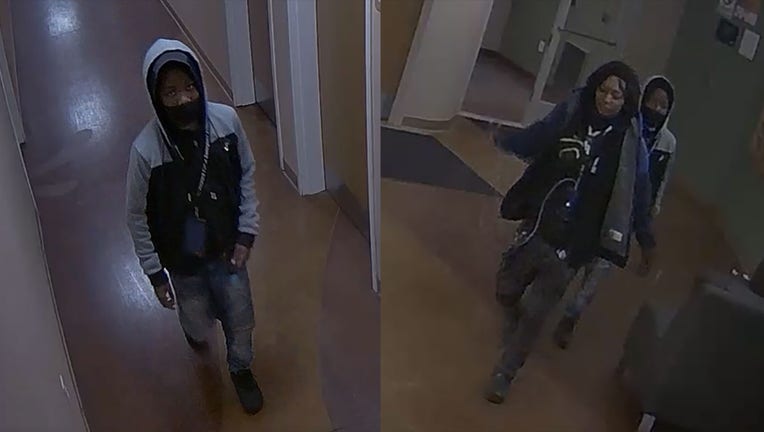 MILWAUKEE - Milwaukee Police are requesting the public’s assistance in identifying and locating two suspects wanted in an arson that occurred Monday, March 1 on the city's north side.

Police said the suspects entered an apartment building near 32nd and Hampton around 4:40 a.m. on Monday and intentionally started a fire before fleeing on foot.

Suspect no. 1 is described as female, 16-19 years old, African-American with dreadlocks. She was last seen wearing a blue hooded jacket with orange on the back shoulders, blue jeans, dark-colored camouflage Crocs and a mask.

Suspect no. 2 is described as make, 15-18 years old, African-American. He was last seen wearing a gray-and-black hooded jacket, dark pants, dark shoes and a mask.