Milwaukee’s Old World 3rd Street was officially changed to Dr. Martin Luther King Jr. Drive on MLK Day, Monday, Jan. 17. It's a big change from the 1980s, when the proposal created controversy and led to 3rd Street having two names.

MILWAUKEE - Milwaukee’s Old World 3rd Street was officially changed to Dr. Martin Luther King Jr. Drive on MLK Day, Monday, Jan. 17. It's a change four decades in the making; a change from the 1980s, when the proposal created controversy and led to 3rd Street having two names.

"Now, MLK stretches all the way down here to the heart of the city, right here on Wisconsin Avenue," said Acting Mayor Cavalier Johnson. "Dr. King said, ‘The arc of the moral universe is long, but it bends towards justice’ and as Alderman Bauman said, ‘It’s time.’ It had been time for this. I think, collectively, that all the members of the Common Council thought the same thing, that it was time."

Alderwoman Milele Coggs sponsored the change. She spoke at a ceremony unveiling the new street signs and mentioned several inspirations for her efforts. 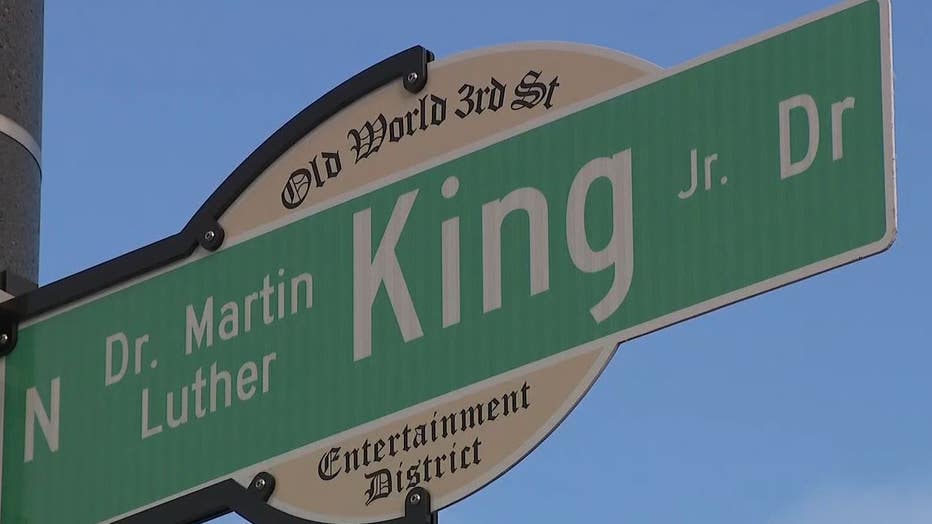 "Conversations with my own daughter, Kayla, as we talked about MLK and the impression he has made on the world, and she questioned why the street didn’t go all the way through," said Coggs.

"The discussion was centered upon what would be the impact of changing the name of the street upon the businesses on this street," said Ben Johnson, Martin Luther King Economic Development Corp. "Some said they didn’t want to change their address. Some said it was not time to name the street after King."

Ben Johnson once served as Common Council president. His wife, the late alderwoman Marlene Johnson-Odom, had fought for the street name to extend downtown. 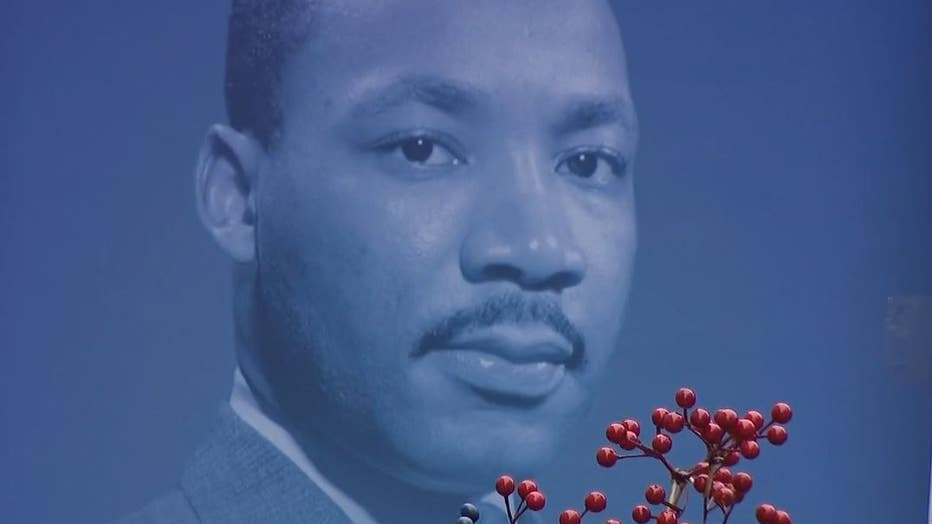 "It would be the fulfillment of something that she really wanted to see happen, and it was a terrible disappointment when she did not get the support of the Council to do it, but it was kind of in keeping with the spirit of the times," said Ben Johnson. "To have the street, at least to downtown throughout the city of Milwaukee, recognize Dr. King is very symbolic of progress – and that’s why we’re here today for such a great occasion."

It’s been nearly a year since the Common Council agreed to the name change. The city worked with businesses as they got ready for the new street name.

The new signs pay tribute to the old name for the downtown segment. Around the name of MLK Drive on the street signs of the newly-named segment is "Old World 3rd Street Entertainment District."

The renaming ceremony was just one of many celebrations honoring King on his holiday.

At another location, Jay Carter was one of many getting his COVID-19 booster at an event hosted by Jump at the Sun Consultants. 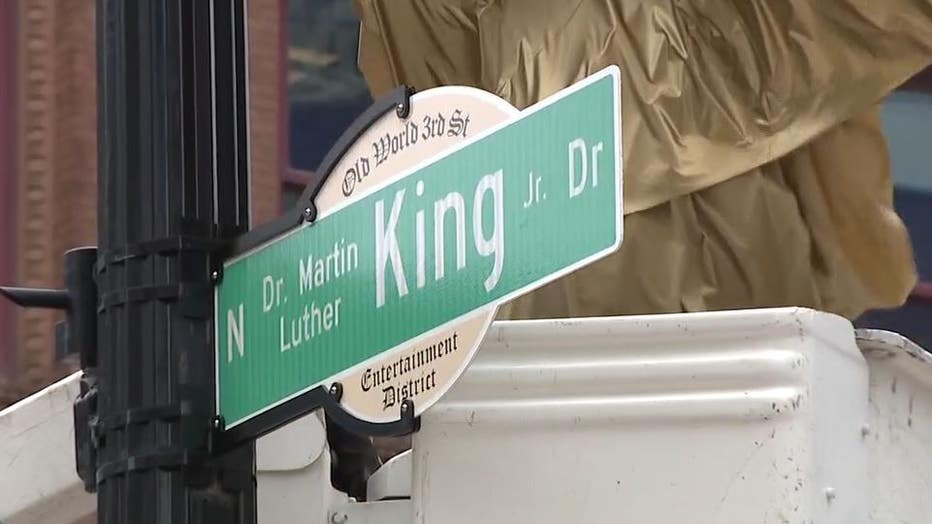 For booster shot recipients, the group offered $25 gift cards. For those getting their first dose, the organization gave $50.

"When you think of Martin Luther King, and you think of his legacy, clearly, this important," said Lorraine Lathen of Jump at the Sun Consultants. "We’re honoring his legacy today."

It was all part of a day of service honoring Martin Luther King, Jr.

The Milwaukee County medical examiner has been called to the area near Honey Creek Court and Morgan Avenue on the city's southwest side for two fatalities.

A citywide mask mandate could return to Milwaukee pending a vote from the Common Council scheduled for Tuesday.