After Tuesday's severe storms, the city received hundreds of calls reporting tree damage. As of Thursday, Aug. 12, progress had been made with more work ahead.

MILWAUKEE - It has been a battle for crews working to clean up the storm damage in the City of Milwaukee.

After Tuesday's severe storms, the city received hundreds of calls reporting tree damage. As of Thursday, Aug. 12, progress had been made with more work ahead.

"I’m grateful they are finally coming and clearing this stuff up," said Shelita Furlow. "I saw the workers and was like, ‘Yes, be gone trees.’"

Furlow said farewell to a massive downed tree near her home at 5th and Keefe. 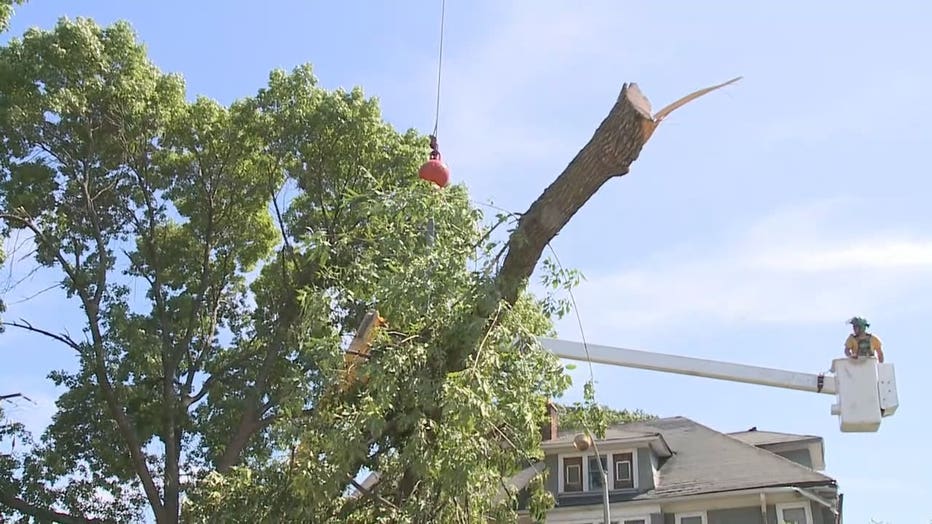 "My husband and my son were almost struck by the lightning that took the tree out, that took the line that caused the commotion," said Furlow.

Her power was restored by Thursday, but many of the neighbors remained in the dark Thursday morning. As crews lifted limbs and big branches with heavy equipment, Furlow charged her neighbor’s electronics.

"We’re the only one on the block who has electricity right now so why not?" she said. 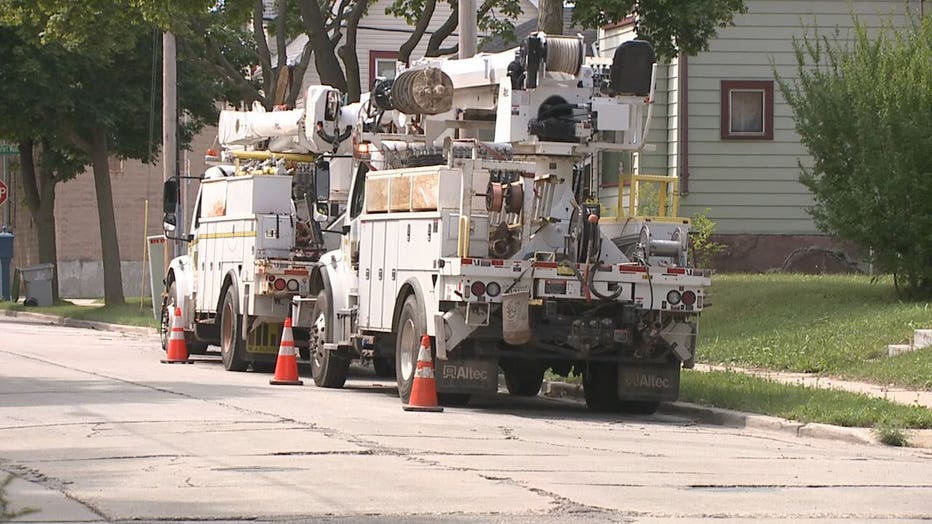 "The power went out, so I’ve been bored lately," said Tyrone Jones. "It’s affecting me in a lot of ways."

In a major operation the city continues to chip away at the destruction:

"We have storms, but we never expected it to be as bad as what it was," said Furlow. "It puts into perspective how much we take for granted like hot water, a flick of light at a moment's notice."

People in the neighborhood were happy to see the trees gone but hopeful the power would come on soon.