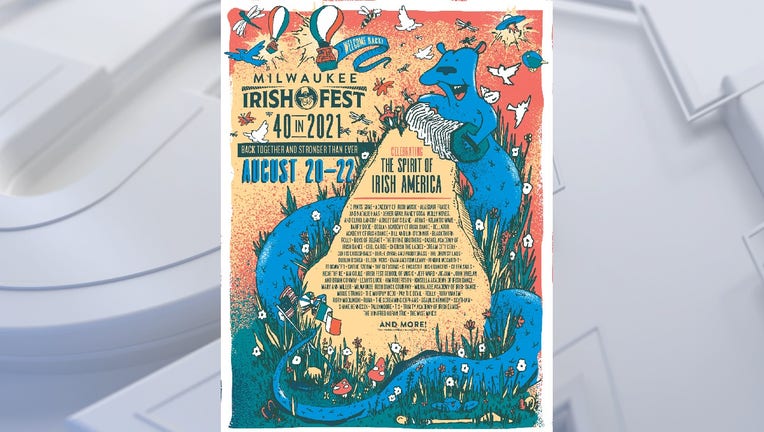 MILWAUKEE - Milwaukee Irish Fest has released its 2021 lineup with more than 50 entertainment acts and has launched a three-day BOGO ticket promotion. The 40th Milwaukee Irish Fest will take place August 20, 21, and 22 along Milwaukee’s lakefront at the Henry Maier Festival Park.

The 40th festival lineup features an array of renowned Irish, Scottish and Irish American artists across several music genres, including:

"This year’s lineup puts a spotlight on the music and heritage of Irish America," stated Melissa Ward of CelticMKE, the organization that produces the festival. "We look forward to sharing the spirit of the music and traditions that were brought over from the Emerald Isle and other Celtic nations across the centuries. There’s certainly no shortage of top-notch musicians that play Irish and Celtic music in the States. The rich cultural heritage will be on full display throughout the festival weekend."

According to a press release, Irish Fest is also producing a virtual program, which will run simultaneously during the festival. The program will feature Irish themed music and cultural shows for folks who are unable to attend in person. Irish Fest will also live-stream one musical performance per day from the grounds to offer folks a glimpse of the festival experience. More details on the virtual component will be announced in the coming months.