A Milwaukee woman's French bulldogs were stolen from her home the day before Thanksgiving. While one is safe, the search for the other continues.

MILWAUKEE - A Milwaukee woman's French bulldogs were stolen from her home the day before Thanksgiving. While one is home safe, the search for the other continues.

Jenna Hayes came home to a quiet kitchen that day, which is unusual.

"As soon as I saw the drawers pulled open in my kitchen and the gate was open and no dogs, my heart just sunk," said Hayes. "They bark, and you hear those little pitter-patters of their paws and their nails.

Frankie, who's 1 ½ years old, has been found, but 6-month-old Stella is still missing.

"I was freaking out because they’re my babies," Hayes said. 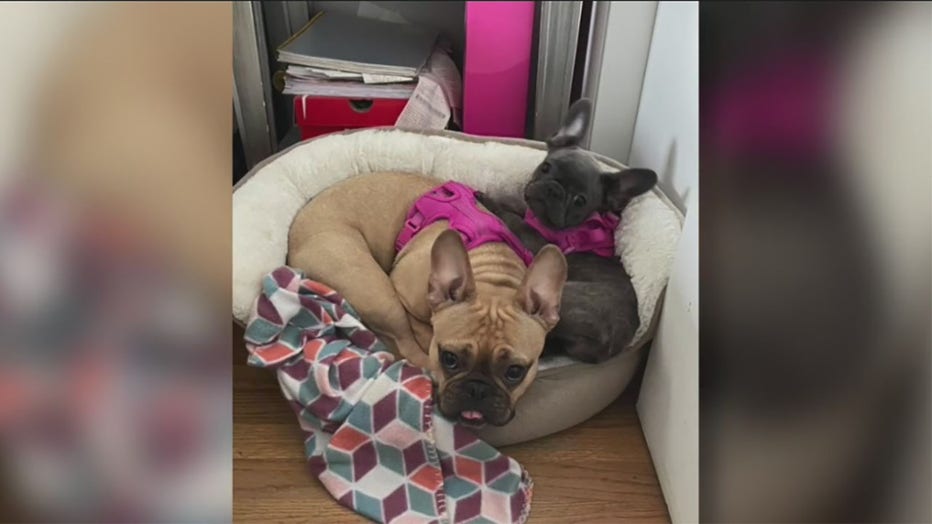 The Milwaukee Police Department is investigating the burglary. Hayes thinks she was targeted.

"Nothing else was taken. Just the dogs," Hayes said. "They are an expensive breed. I’m sure she was stolen to be sold. Which is heartbreaking."

The same day the dogs were stolen, someone posted a photo of Frankie online – so Hayes met with that person to pick up the pup. Police are looking into how and where that person found Frankie.

Hayes has security cameras, and said she and Frankie will never stop looking for Stella. Police said they're still looking for the person responsible.