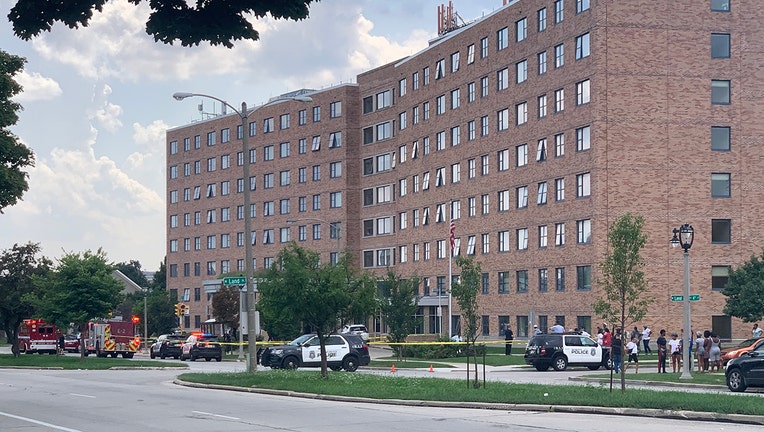 Milwaukee police at scene of double shooting near 6th and Land.

MILWAUKEE - One Milwaukee man died and another was injured after a shooting in the city's Halyard Park neighborhood Saturday afternoon, Aug. 28.

Police said the double shooting happened near 6th and Reservoir shortly after 2 p.m. The first victim, a 63-year-old man, had life-threatening injuries and was taken to the hospital where he was later pronounced dead.

A 45-year-old man was also taken to the hospital for treatment of non-fatal injuries.

What led to the shooting remains under investigation. No arrests have been made, police said.

Police are investigating a shooting that happened shortly before 8:30 p.m. Friday near 20th and Hopkins on the city's northside.