Milwaukee couple robbed in their own yard

The Milwaukee Police Department is investigating a string of armed robberies that happened on the east side. One couple was robbed at gunpoint while standing in their own yard.

MILWAUKEE - The Milwaukee Police Department is investigating a string of armed robberies that happened on the east side Wednesday, Sept. 29.

One couple was robbed at gunpoint while standing in their own yard near Park and Hackett. A 16-year-old was arrested, but police believe more people were involved.

The couple was standing outside looking at their flowers around 1 p.m. on Wednesday; they didn't realize there were also eyes on them.

"All of a sudden I felt this big thud on my back of my pocket here," Gary Nosacek said. I put my hand on it and I heard a voice say ‘Give me your wallet.’"

Three young suspects had run up behind the couple, demanding their money.

"There was a guy pointing a gun at Gary and another one’s coming up pointing a gun with me and a third one coming across the street with his gun drawn," said Cindy Jones-Nosacek. 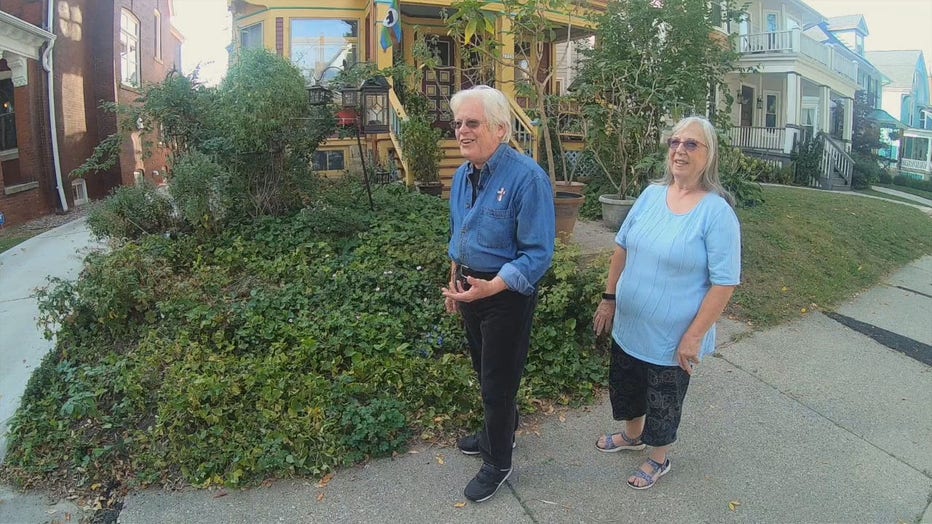 Nosacek handed over his wallet, and the criminals ran down the street to a getaway car. Police said it is one of at least five similar incidents that has happened in the area.

"We’ve lived here for 36 years and other than my St. Francis statue sometimes takes a walk, we’ve never had any problems," Jones-Nosacek said.

"It gets to be very worrisome because we’ve never had anything like this, and it just seems like this summer this area is getting targeted," said Nosacek. 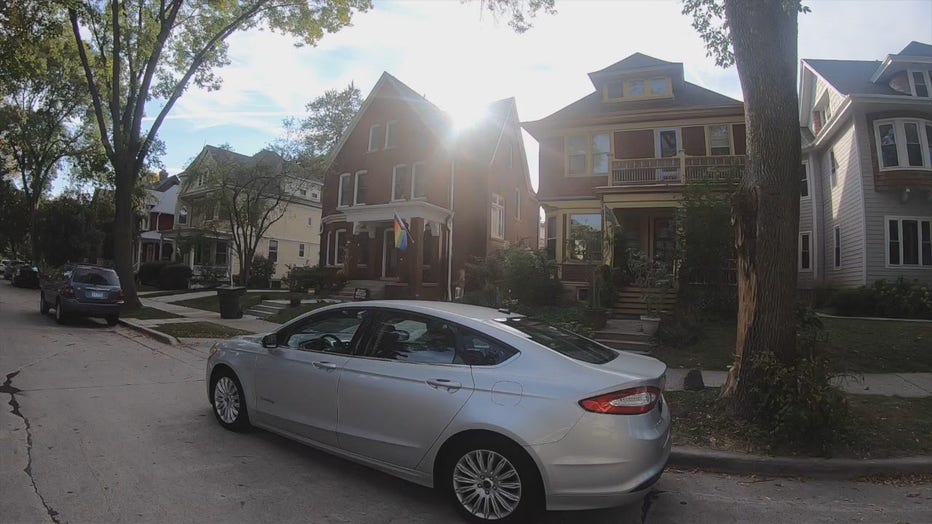 Milwaukee neighborhood near Park and Hackett.

While they are shaken, they still love the area and are focused on the beauty to outshine the ugly.

"I wouldn’t want a better neighborhood, we just care for each other," Nosacek said.

Nosacek works as a deacon and has traveled around the world with his wife. They have been in warzones, but have never had anything like this happen.

Police continue to look for the other suspects involved.

The Milwaukee Police Department is looking for three suspects in a shooting on the northwest side – and has asked for the public's help to identify them.

Two men were arrested in connection to a strong-armed Wauwatosa bank robbery after searching a Milwaukee residence on Wednesday.