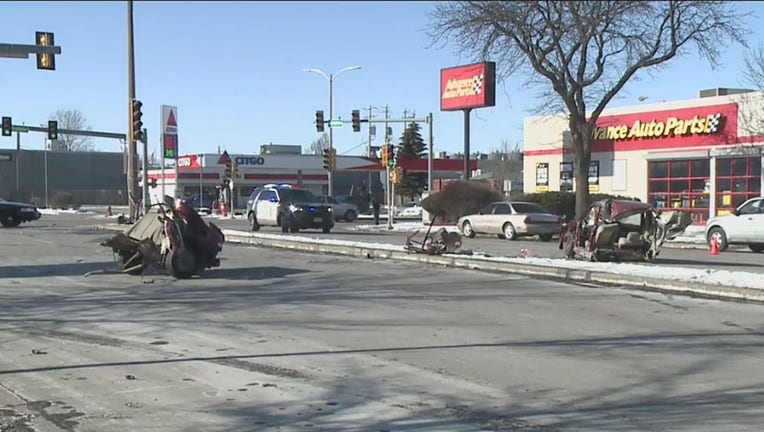 Crash scene near Teutonia and Hampton

MILWAUKEE - A car was split in two after a crash on Milwaukee's north side Friday afternoon, Jan. 28. The driver was seriously injured.

According to police, the driver ran a red light near Teutonia and Hampton and collided with another vehicle around 12:30 p.m. The impact caused the vehicle that ran the red light to crash into a traffic pole, splitting it.

The driver of the split vehicle, a 31-year-old Milwaukee man, had to be extricated. He was seriously injured and taken to the hospital.

No other injuries were reported, police said.

Fixing windows on dozens of vehicles after break-ins is becoming a typical Saturday for one Milwaukee glass repair shop.