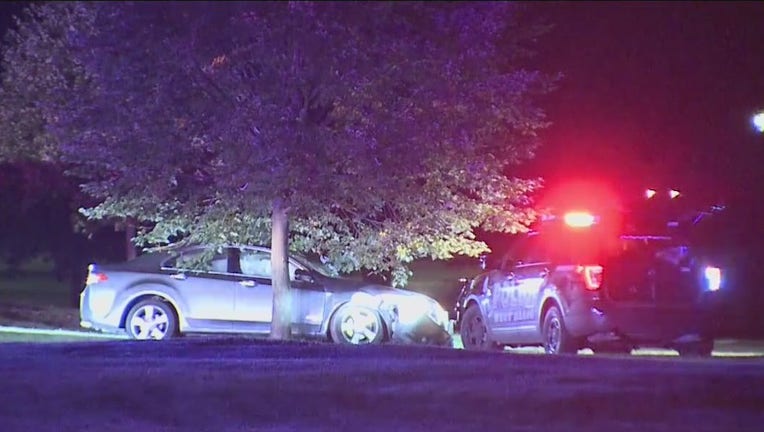 MILWAUKEE - An investigation is underway after a driver crashed into a tree in Washington Park in Milwaukee overnight.

Milwaukee police were notified around 1:45 a.m. that West Allis police were setting up a high-risk stop on eastbound I-94 at 84th Street. Squads responded to the area and were unable to locate the stop. It was eventually picked up eastbound through the Zoo Interchange.

As squads were attempting to set up for a partial freeway closure, the suspect vehicle fled eastbound on I-94. West Allis pursued the vehicle eastbound on I-94 and then northbound at the Stadium Interchange.

The suspect vehicle exited the freeway at W. Vliet Street, lost control and crashed near picnic area 3 in Washington Park.

West Allis PD was able to take both subjects into custody without incident.

MSCO squads had no involvement in the pursuit or the apprehension of the subjects.

The crash was minor and no injuries were reported that I am aware of.