MILWAUKEE - In Milwaukee, it was already tough to see over some snowbanks. Another few inches of snow Thursday, Feb. 4 will likely provide additional challenges.

It can be tricky navigating the city's narrow streets. Thursday's snow only made things worse.

"The main roads aren’t bad at all, it’s when you get into the alleys it’s pretty bad," said Chris Gutierrez of Bay View. 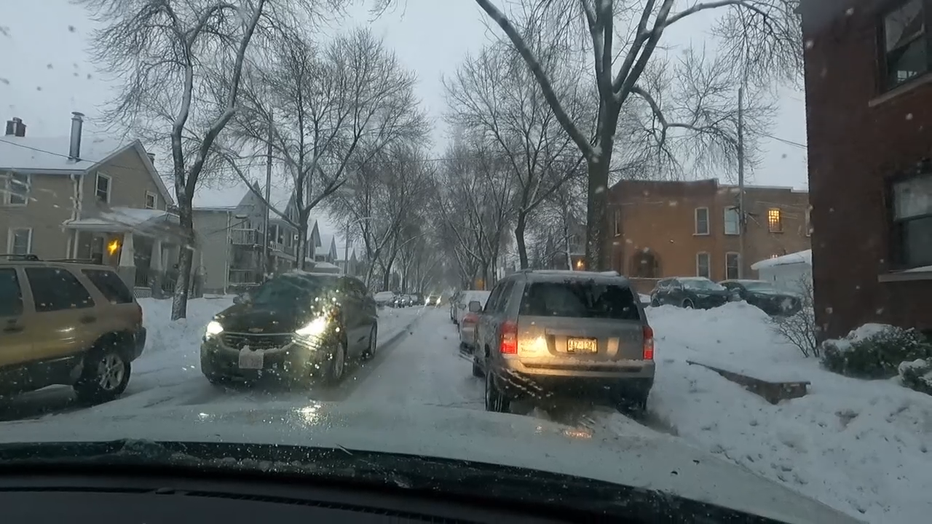 "The plows are doing the best they can, but if your car ain’t big enough or if you don’t have all-wheel drive, you just can’t really drive," Chris Johnson of Bay View said.

Near 68th and State in Wauwatosa on Thursday, a Nest doorbell camera caught an MCTS bus losing control a little before 2 p.m.

MCTS bus goes off the road in slick conditions in Wauwatosa

Slippery road conditions caused by Thursday afternoon's snowstorm resulted in a MCTS bus driver having to veer off the road in order to avoid multiple vehicles that were stopped at a red light. No one was hurt.

An MCTS spokesperson said slippery road conditions caused the driver to veer off the road to avoid hitting cars that were stopped at a red light. MCTS said no injuries were reported. 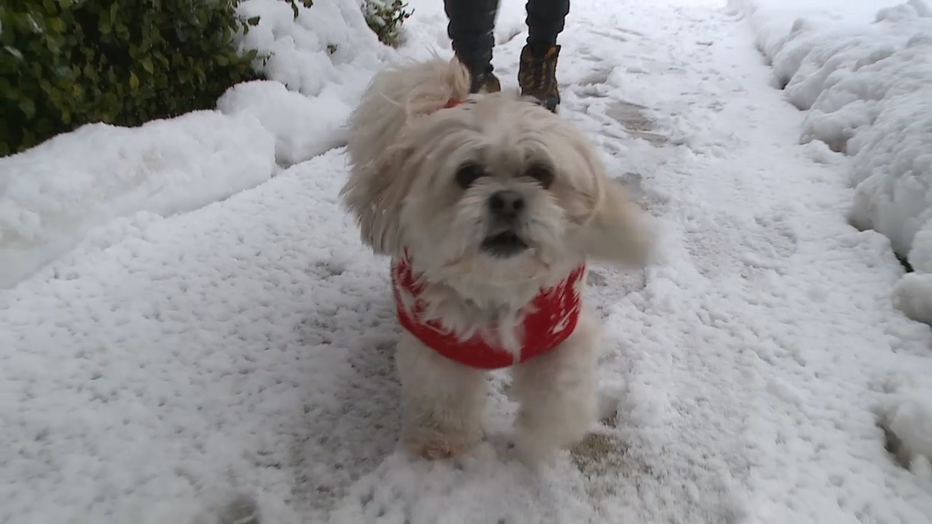 But if Gutierrez's dog, Chloe, was president, she'd declare a snow emergency all winter long.

"Chloe, she loves the snow, she’s having a great old time," said Gutierrez.

The Milwaukee snow emergency's parking regulations take effect at 10 p.m. Thursday; residents will need to park on the even-numbered side of the road, where parking is permitted.

The city's Department of Public Works will most likely declare a snow emergency Friday night, too, but that decision will be made Friday.

Some people who spoke to FOX6 News on Thursday said they love it -- while others said, no matter how hard they try, they still can't quite get used to it.