After two recent child death cases in Milwaukee County, child abuse prevention advocates say there needs to be a shift from viewing abuse as something that needs to be prevented.

MILWAUKEE - After two recent child death cases in Milwaukee County, child abuse prevention advocates say there needs to be a shift from viewing abuse as something that needs to be prevented.

Advocates said fostering a community of support within your neighborhood can help better protect children. While it can be hard for some to insert themselves into another person's personal life, advocates said it's OK to trust your gut.

Inside a building near 76th and Burleigh, staff at The Parenting Network works to support families. Joyce Felker, the nonprofit's executive director, said protecting children and families comes with removing stigmas that only certain people need help.

"No, it’s everybody. Because we know parenting is hard for everyone," Felker said, adding the community plays a role, too. "When we as a culture have this belief that it’s none of our business, it’s wrong. It is our business. Kids are our business. Protecting families and children is everybody’s business."

Funeral services will be held Friday for a Milwaukee boy killed during a brutal attack with a sledgehammer.

The deaths of two boys in Milwaukee County are being reviewed by the state Department of Children and Families.

Andre Smith, 12, was beaten to death on Aug. 29 – his grandfather charged with first-degree intentional homicide. Less than a week later, 6-year-old Hank Brown-Rockow, who family said went by "Asher," died. A woman in custody in connection to his death was booked on a charge of neglect of a child causing death but has not been formally charged. 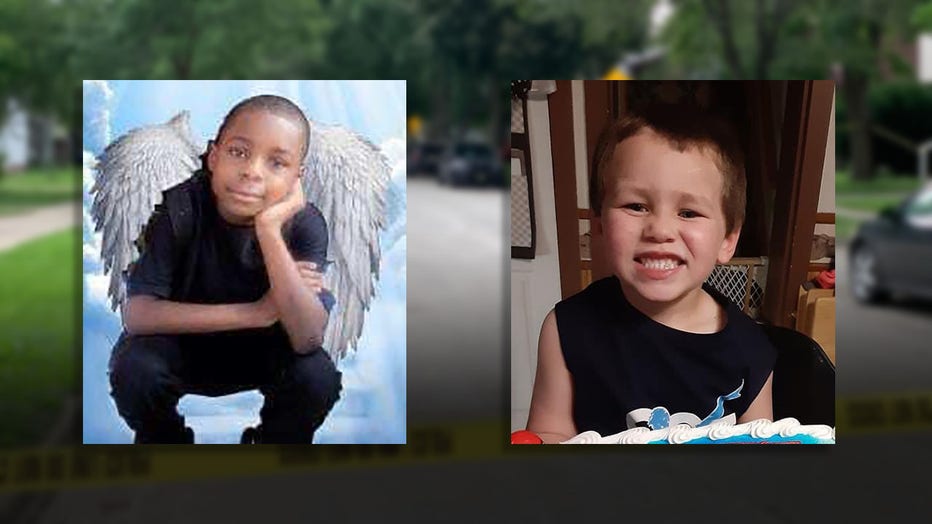 According to the most recent state numbers, 4,933 child protective services maltreatment reports were substantiated in 2019; neglect accounted for most.

"Unfortunately child abuse and neglect does occur across the state of Wisconsin, and in our areas," said Jane Yeager, program director Prevent Child Abuse of Wisconsin – part of Children's Wisconsin.

Yeager echoes Felker that abuse, no matter the form it takes, is often rooted in stress – and support is essential. But also know it is OK to make a call if something does not seem right.

"Sometimes that call you make, just by having that gut feeling, that something’s not right, is enough to tip the scale," Yeager said.

If you or someone you know needs help, resources are available.  To report abuse or neglect in Milwaukee County, you can call 414-220-SAFE.

A woman was taken into custody in connection to the death of a 6-year-old boy in West Allis Monday, an autopsy completed Wednesday.