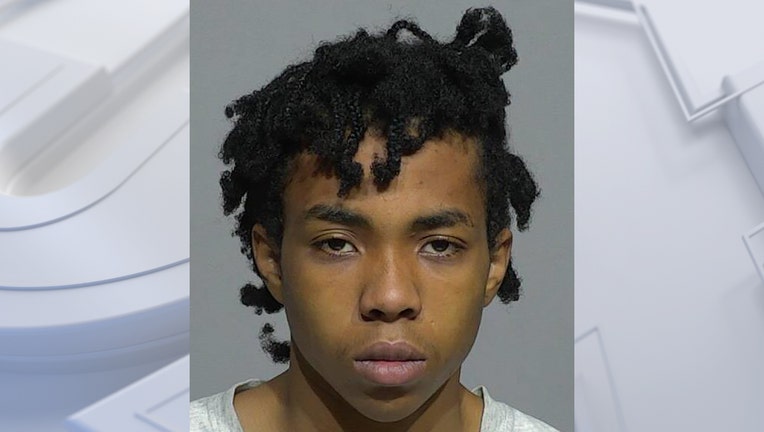 MILWAUKEE - A Milwaukee man, criminally charged after a 16-year-old boy was shot, had his cash bond reduced Tuesday, Nov. 22.

Previously set at $7,000 on Nov. 5, court records show bond for 18-year-old PrinceEric Cornelius has now been changed to $4,000. Cornelius is charged with injury by negligent handing of a dangerous weapon and obstructing an officer. He pleaded not guilty on Nov. 14.

Milwaukee police responded to a shooting near Teutonia and Good Hope on Oct. 30. According to a criminal complaint, the 16-year-old boy told police he heard "a loud mini explosion." He and his father initially thought he had been shocked – not shot; their apartment had been having electrical issues, and there was a small hole on the wall.

The complaint states the boy's room shared a common wall with a neighboring apartment. The father knocked on the door of that apartment to explain the possible electrical issue. Cornelius answered the door and said he "bumped into his gaming console, and that may have caused the damage."

At the scene, the complaint states, police found a "bullet strike" that had gone through the wall from Cornelius' residence into the boy's room. A framed photo collage appeared to have been moved and placed over the hole.

The complaint states two other people were home at the time of shooting. One of them told police she heard a gunshot and asked Cornelius what happened, and he said he "knocked something over." She said she did not see anything knocked over and did not see a bullet hole, so she did not think anyone was hurt.

The other person, per the complaint, said she knew there was a bullet hole in the wall but believed it had "been there for a while." That person later told police that Cornelius admitted that he "dropped or fired a gun" and made the bullet hole.

In an interview with police, Cornelius said he was out at a store around the time the boy was shot. He said he agreed to buy sneakers from someone. That person, Cornelius alleged, came back to the apartment with him and tried to rob him at gunpoint – threatening to kill his family if he said anything to police. However, surveillance video from the store did not show Cornelius or "anyone matching his description" there 30 minutes before or after the time he said he was there. Later, Cornelius said someone named "Tae" had come over, placed a gun down, and it went off.

Cornelius said he did not say anything about the gun when the boy's father came over because he thought "maybe the son really got electrocuted."