Milwaukee Alderman pushes to disallow K-9s as use of force

Milwaukee Alderman Khalif Rainey is pushing for Milwaukee's Fire and Police Commission (FPC) to disallow K-9s as a permissible use of force by police.

MILWAUKEE - Milwaukee Alderman Khalif Rainey is pushing for Milwaukee's Fire and Police Commission (FPC) to disallow K-9s as a permissible use of force by police.

"What we have before us is a resolution encouraging the FPC to take up this matter," said Rainey.

A news release sent out by Rainey this week received attention; the Alderman referenced attack K-9s used by Nazi Germany and police dogs unleashed on protesters during the Civil Rights era.

"I was pretty well disturbed by some of the correlations he's making to Nazi Germany and to the 1960s during the Civil Right's era," said Milwaukee's Acting Police Chief Michael Brunson. 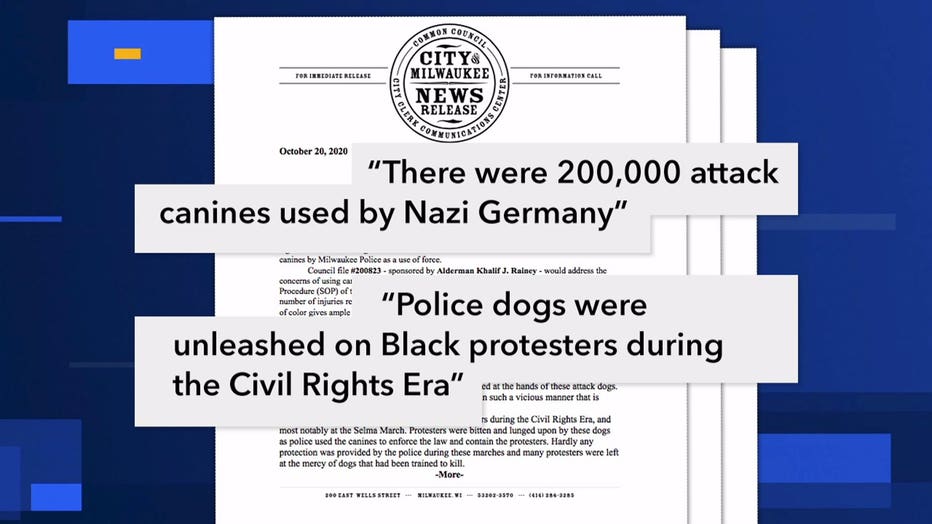 Milwaukee Alderman Khalif Rainey's proposal regarding police use of K-9s

Rainey said the proposal would change a policy that, he says, puts Milwaukee citizens in danger: "My intentions were not to insult your or the Milwaukee Police Department."

However, Brunson said the use of force by a K-9 is a rare event and is never used in crowd situations. 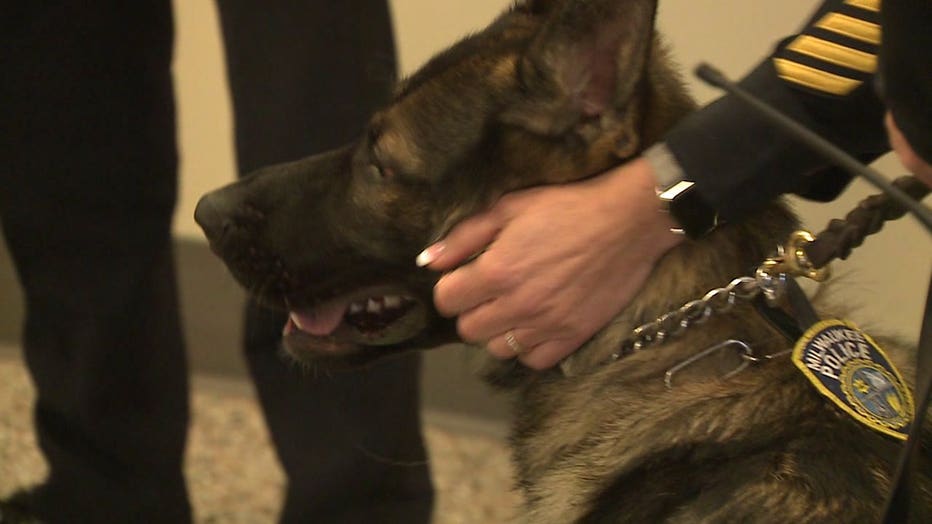 "We only use them in those situations that are most dangerous to our personnel," said Brunson.

Brunson said, this year, there have been 420 K-9 deployments resulting in one person bitten. In 2019, one person was bitten out of the nearly 1,000 deployments. 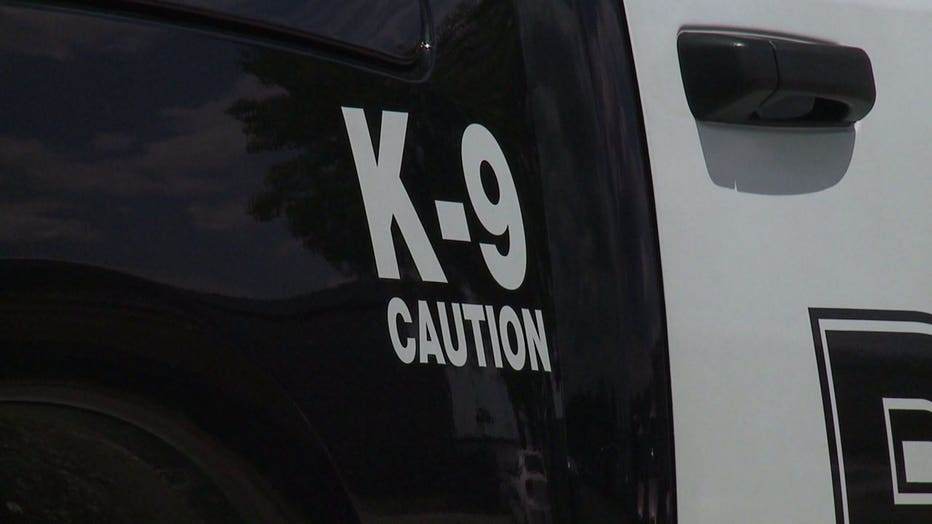 "That shows you that canines are not being used in an offensive manner," Brunson said. "We have to have a mechanism to report it that is why it's under our use of force."

The Milwaukee Common Council's Public Safety and Health Committee adopted the resolution, encouraging the FPC to look over the matter. The proposal will go before the full Common Council at a later date.

"I'm fighting for the people, and the people that saw this resolution are in support of it, many people," said Rainey.

The police department plans to provide more data on the K-9 deployments during a future meeting.