The International Women's Day Coalition hosted a rally and march for abortion rights, a protest to a leaked U.S. Supreme Court draft.

MILWAUKEE - A rally for abortion rights took place in Milwaukee Saturday, May 7.

"People deserve autonomy over their own bodies, and over the right to start a family or not or when it’s going to happen," said protest organizer Aurelia Ceja. "The government has absolutely nothing to do with it, especially these politicians don’t have anything to do with it. This is really religiously motivated, and for a nation that’s supposed to have religious freedom, it’s kind of a joke."

The rally, Ceja said, brought together 12 groups that fight for various issues, including women's rights and police brutality.

"It’s a matter of showing up for more than just voting," Ceja said. "Voting obviously hasn’t been enough. We’ve gotten here with voting, and there’s more to be done." 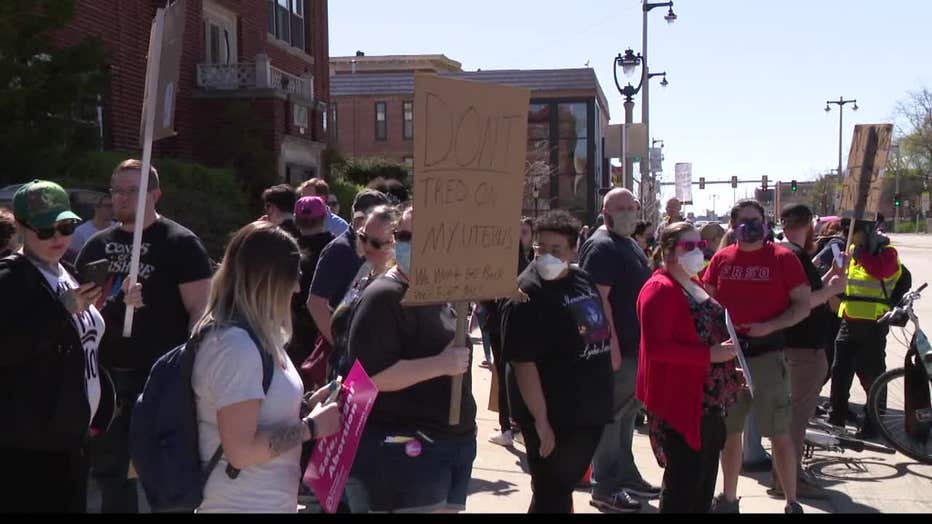 "Women deserve better. We just deserve better than this. It does feel like we’re moving backwards. That’s why we’re out here today," said protester Christie Schilling. "You’re going to see us in the streets, and we’re going to continue to stand for what’s right and stand for our rights."

The organization Right to Life says it is cautiously optimistic that the 1973 decision will be overturned.

"I would say the pro-life movement is pro-life, pro-babies and pro-women. Our goal is not only to make abortion illegal but also unthinkable," said the organization's PAC director Gracie Skogman. "Our focus is truly to uplift and support women who may be in unexpected or challenging pregnancy and especially now."

The rally started outside the Planned Parenthood location on Wisconsin Avenue and went to the federal building and U.S. Courthouse.