A group of upset parents has launched a petition to recall four members of Mequon-Thiensville Board of Education.

MEQUON, Wis. - Parents upset with how the Mequon-Thiensville Board of Education handled the COVID-19 pandemic and other issues have had enough. Now, they've launched a petition to oust four members through a recall.

In August 2020, it wasn't school bells ringing, but car horns – as parents protested, upset that the school district had backtracked on its reopening plan two weeks before school opened. The board decided to start the 2020-21 school year fully virtual, citing a high risk of COVID-19 community spread.

"Virtual learning is not possible for the majority of parents that work," said parent Scarlett Johnson at that August protest.

Now, Johnson joins others filing paperwork for the recall.

"We just kept noticing that even as things got better, things weren’t changing in our district as far as the COVID mitigation," Johnson said. 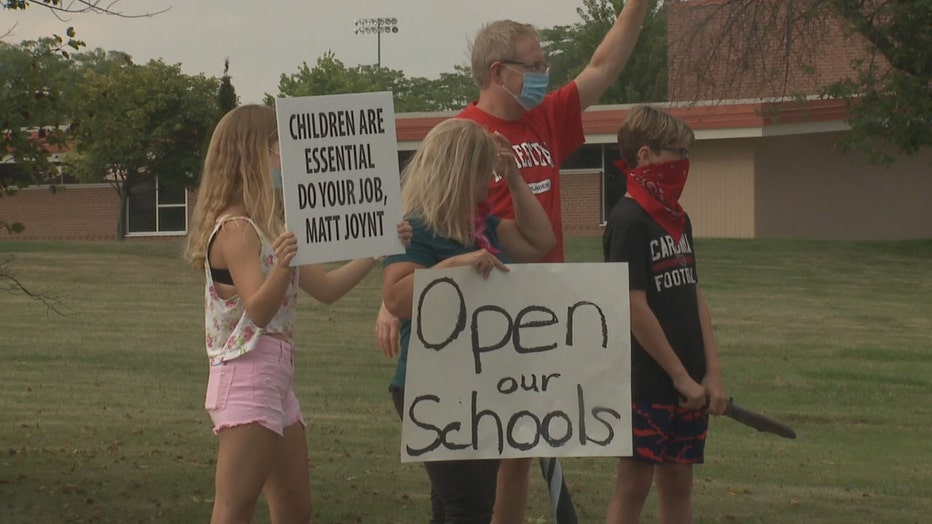 There was an opportunity to oust a couple school board incumbents during the April election. FOX6 asked Johnson why the parents didn't do it then.  She said many parents, including herself, supported the since-elected newcomer Andrew Hopkins.

"Equally important are the academic standards that we finally got some open records requests back, and when we saw some of the numbers of the decline, we thought, we can’t wait," Johnson explained.

The 60-day clock is now ticking for organizers to get roughly 4,100 signatures. Wisconsin law states a petition must be signed by voters of the district, equaling at least 25% of the total votes in the most recent governor's race.

If that tally is met, it would spark a recall election against four school board members: Wendy Francour, Chris Schultz, Akram Khan and Erik Hollander. 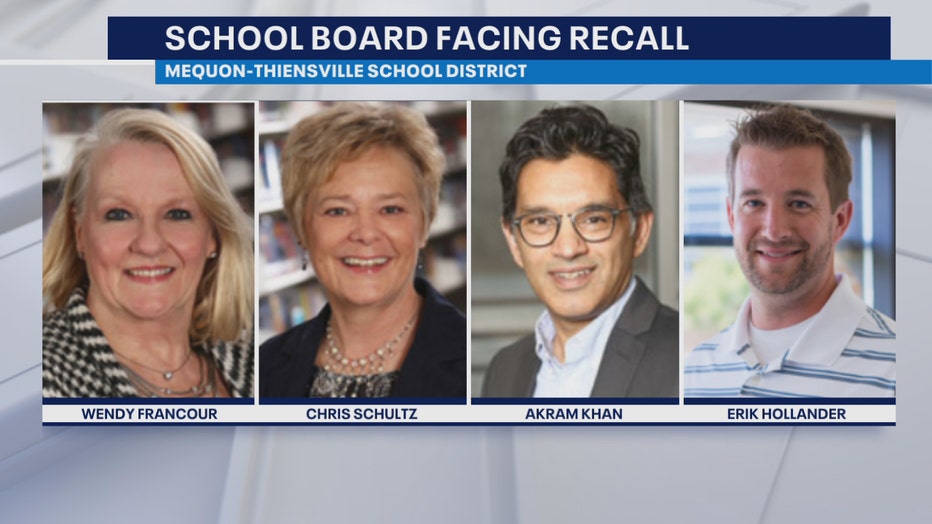 Taxpayers would be on the hook for the cost of that recall. In 2011, Thiensville estimated a recall primary and election would cost taxpayers $10,000. Recall organizers said their kids and their futures are worth it.

FOX6 News reached out to the four board members noted above. None of them agreed to go on camera for this FOX6 story. Schultz and Hollander replied "no comment."

The Wisconsin DHS announced that families of students who participate in the National School Lunch Program will be receiving more than $80 million in food benefits.

Parenting expert and founder of Bump Club and Beyond, Lindsay Pinchuk, joins FOX6 WakeUp with the must-have items for camp.