On a calm, November day in Wauwatosa, Floyd Sorenson’s thoughts are a world away.

MILWAUKEE - On a calm, November day in Wauwatosa, Floyd Sorenson’s thoughts are a world away.

"What did I see on the beach?" Sorenson asks. "I don't even want to try and tell you." 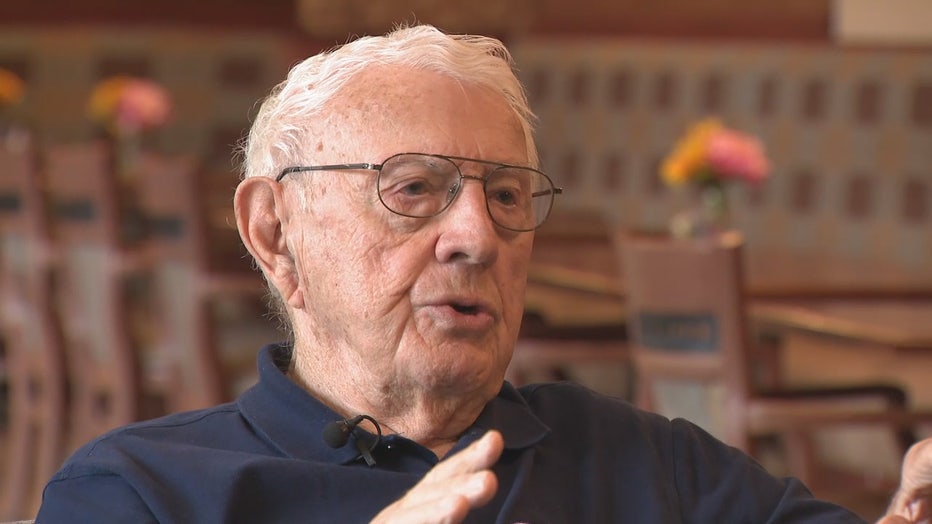 For Sorenson, the memories aren't from grainy images in a video reel. They're firsthand recollections of a day that changed the course of history.

"Those of us down on the beach, with a rifle in our hand," Sorenson says. "What's that going to do against somebody up there behind three foot of brick?"

The Navy medic from Oconomowoc wasn’t part of the brutal first wave that landed on Omaha Beach on D-Day, but he wasn’t far behind. His job was to carry as many of the wounded as possible back to his landing ship. Back to the doctors desperately trying to save their lives. 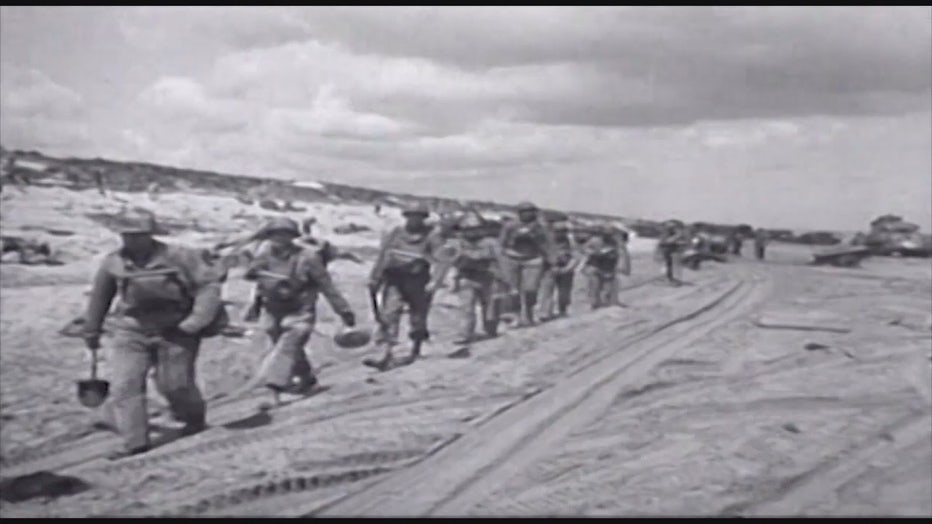 "Some of them we had to get a shot of morphine for pain," he remembers. "I think there were probably four or five amputations. It was that bad."

More than 4,000 Allied troops lost their lives during the invasion. Almost 80 years later, millions more have fallen to Father Time. 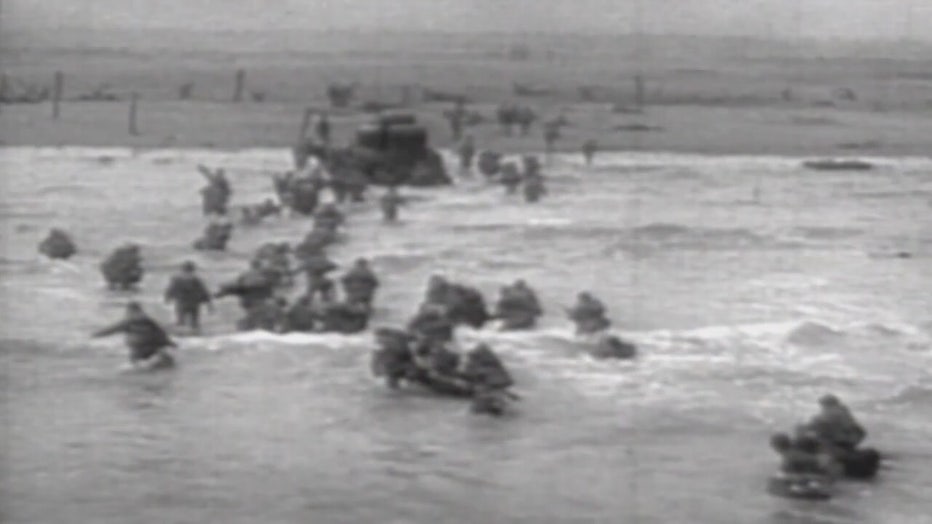 In fact, of the more than 16 million Americans who served in World War II, less than two percent are alive today. Fewer than 4,400 in Wisconsin.

Bill Jepson and Ed Behling, both residents at Heritage at Deer Creek in New Berlin, never saw combat like Floyd. But they answered their country’s call the very same. 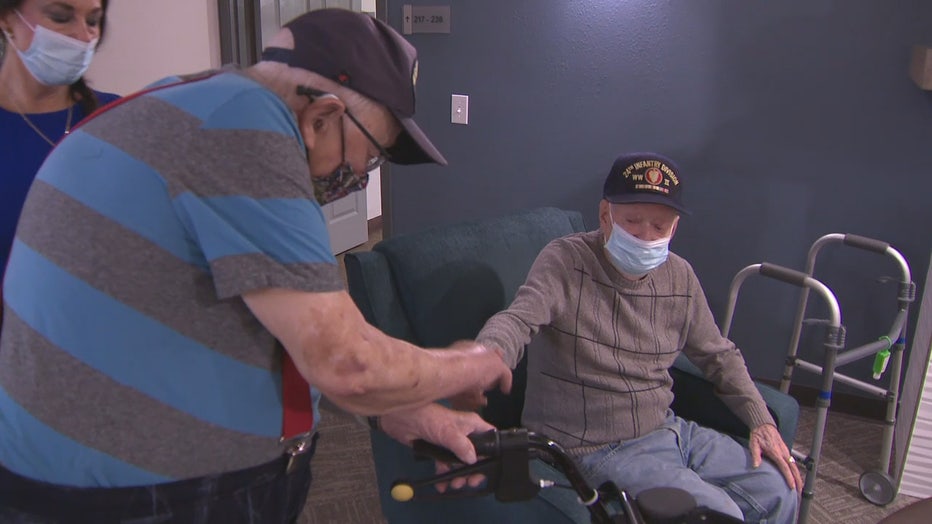 "I'm always proud of that," says Behling, a veteran of the Army Air Corps. "Always, always."

"I felt like I was doing some good for the country," adds Army veteran Jepson.

Bill spent his last six months in the Army as a mail clerk in Japan. He watched two sons – two Marines – follow him into service.

"It’s something about the uniform that made me proud of them," says Jepson.

Mr. Ed, as he’s known around the halls, never left the States. The war ended before the Pewaukee-native finished his training.

"Everybody was just so very, very happy it was over," Behling remembers. "But everybody had this feeling that it’s not really, totally over, finished, complete. 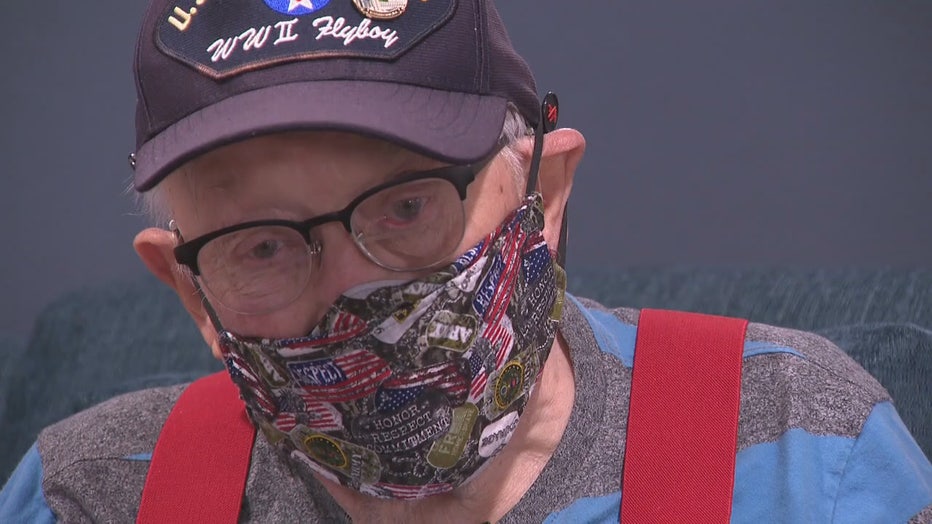 And perhaps that is what’s lost with the Greatest Generation now in their autumn years. That perspective and concern for the wider world.

"People got to pay more attention to what is going on around them," Behling states. "Right now you've got all these problems politically. Our government -- how long will it last. Will it last as it is? And if you're not concerned about that, you're crazy. You have to be involved one way or another."

"The last few years I've got, I just hope I can enjoy," Sorenson says. "I hope I can do stuff for the Honor Flight or for anyone who needs help. And I've talked too long."

As long as men like Floyd Sorenson – or Ed Behling, or Bill Jepson – want to talk, we’ll listen.

The City of Milwaukee Department of Public Works (DPW) continues to prepare for the upcoming winter season.

Colder air plunges in to end the week and will allow for our first widespread snow chance of the season Friday, Nov. 12, and another chance Sunday, Nov. 14.

The Wisconsin Department of Transportation (WisDOT) unveiled on Wednesday, Nov. 10 a new sponsor and new look for the Freeway Service Team.