WEST BEND, Wis. - Melania Trump plans to make solo campaign appearances for the president on Saturday in the battlegrounds of Wisconsin and Pennsylvania. 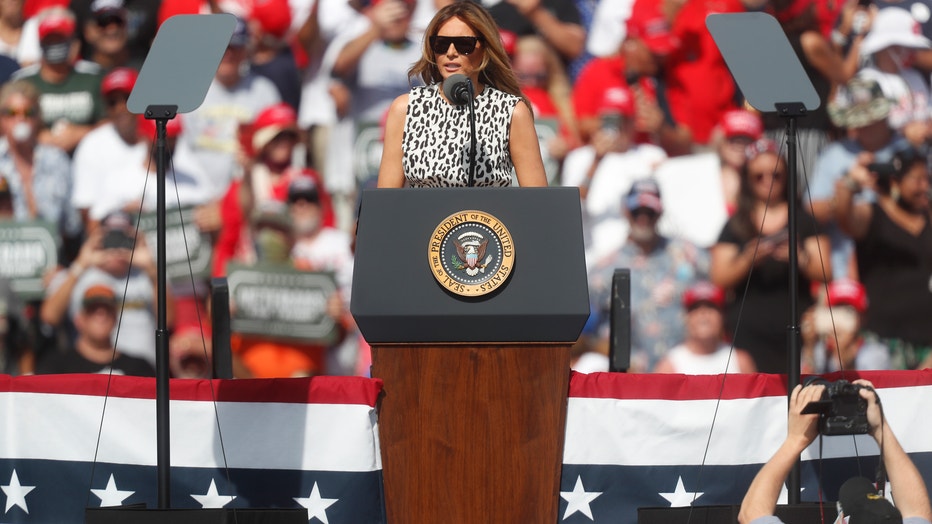 The first lady will head to West Bend, Wisconsin, in the southeastern part of the state, followed by a stop in the northeastern Pennsylvania town of Wapwallopen.

President Donald Trump and Democrat Joe Biden are campaigning hard to win both states, where Trump scored narrow victories in 2016.

Both Trump and Biden have appeared multiple times in both states, and both are campaigning in Wisconsin on Friday.

Mrs. Trump made her first solo appearance of the 2020 campaign earlier this week in Pennsylvania.

She also warmed up the crowd at a Trump rally in Tampa, Florida, on Thursday.

President Trump, Joe Biden to campaign in Wisconsin on Friday

Both President Donald Trump and Democratic Nominee Joe Biden will campaign in Wisconsin on Friday, Oct. 30, as the rush to Election Day intensifies.

President Donald Trump will campaign at a Make America Great Again event in Kenosha on Monday, Nov. 2 at 7 p.m.

The three-time NFL MVP cast his support for Trump’s reelection bid on Friday. He tweeted his support for the president and made clear where he stands on some hot-button issues.