CHICAGO - The Mega Millions jackpot topped $1 billion this week — and continues to grow — ahead of Friday night’s drawing. It now stands as the second-highest prize in the game’s history, as currently estimated.

The lottery grand prize on Thursday reached an estimated $1.1 billion with a $648.2 million cash option after hitting $1.02 billion on Wednesday.

Friday’s Mega Millions jackpot is also the nation’s third-largest lottery prize ever. A $1.586 billion Powerball game in 2016 was split between the buyers of three winning tickets, and a $1.54 billion Mega Millions prize in 2018 went to the buyer of a single ticket.

The latest jackpot has grown so large because no one has matched the game’s six selected numbers since April 15. That’s 29 consecutive drawings without a big winner. 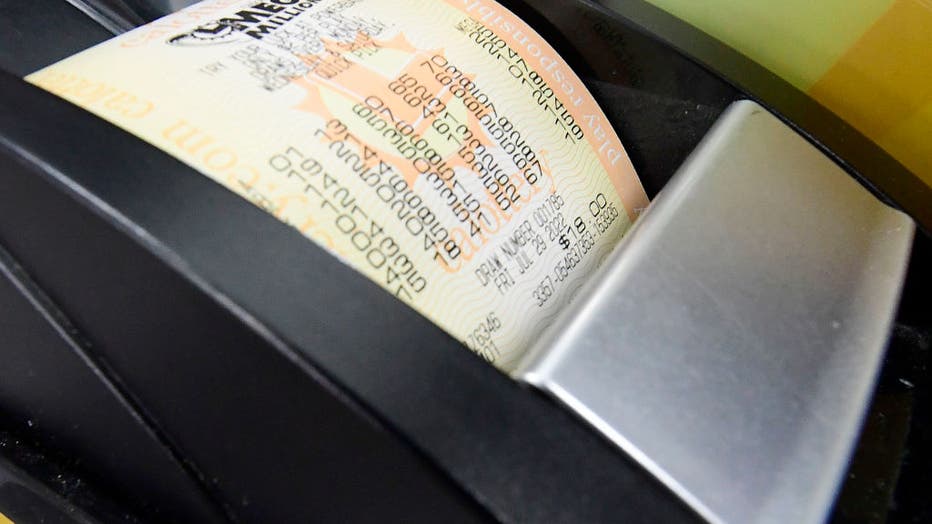 FILE - A customer's Mega Millions come out of the lottery printing machine at the 7-Eleven on Chino Hills Parkway in Chino Hills on July 27, 2022. (Photo by Will Lester/MediaNews Group/Inland Valley Daily Bulletin via Getty Images)

Nine tickets matched the five white balls to win the Mega Millions second prize of $1 million, including two each in New York and New Jersey, and one each in California, Florida, Illinois and Ohio.

The winning ticket sold in Ohio was worth $3 million because it included the optional Megaplie, a $1 extra purchase available in most states, which was 3X Tuesday night.

What are the odds of winning the Mega Millions jackpot? 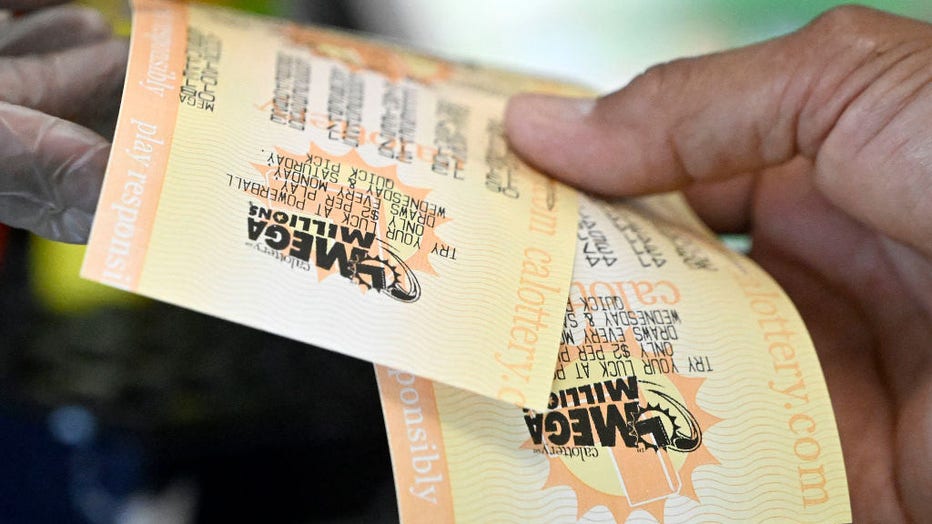 FILE - A customer's Mega Millions come out of the lottery printing machine at the 7-Eleven on Chino Hills Parkway in Chino Hills on July 27, 2022. (Photo by Will Lester/MediaNews Group/Inland Valley Daily Bulletin via Getty Images)

Mega Millions tickets cost $2 per play. Players win the jackpot by matching all six numbers in a drawing. If no one wins the jackpot, the money is added to the jackpot for the next drawing.

For those lucky enough to become a Mega Millions jackpot winner, they get the choice of a cash option or an annual payout. The annuity option means getting an initial payment followed by 29 annual payments, and each payment is 5% larger than the previous one. For those that select the cash option, they receive a one-time, lump-sum payment that is equal to all the cash in the Mega Millions jackpot prize pool after taxes.

The odds of winning the Mega Millions jackpot prize is roughly 1 in 302,575,350, lottery officials said. But a player’s overall chance of winning any prize is 1 in 24.

RELATED: 5 disasters that are more likely to impact you than winning the lottery