A pair of Milwaukee County bus stops got a makeover recently. FOX6 talked with some of the masterminds behind the project and explains why they hope&nbsp;you'll give it a look.

MILWAUKEE - A pair of Milwaukee County bus stops got a makeover recently.

FOX6 talked with some of the masterminds behind the project and explains why they hope you'll give it a look. 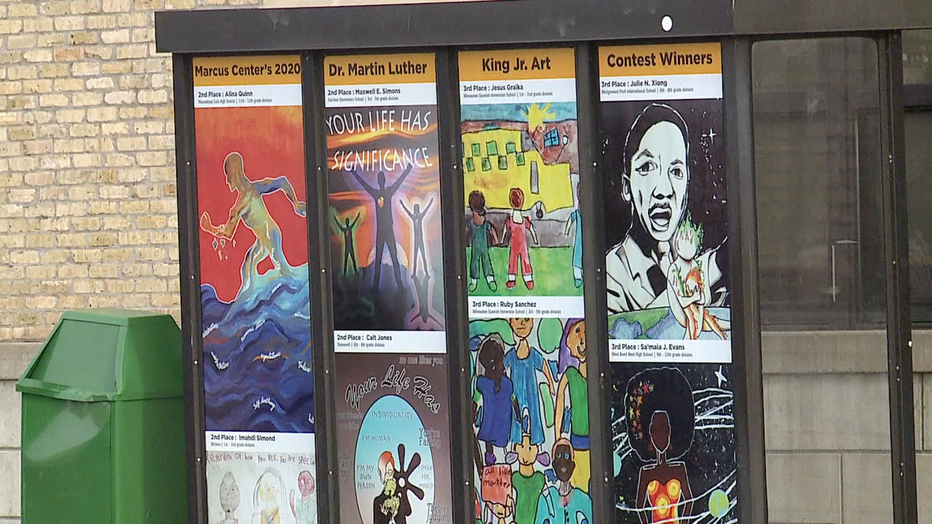 Milwaukee County Transit System has built a reputation for being able to move people — but not like this.

"We’ve been part of the Marcus Performing Arts Center’s Dr. Martin Luther King Jr. birthday celebration since 2014," said Jacqueline Zeledon of MCTS. "The students who won last year, we took their artwork and created murals. Those murals are located at MLK Drive and Concordia, as well as MLK Drive and Pleasant."

As part of the Dr. Martin Luther King, Jr. birthday celebration put on by the Marcus Performing Art Center, two bus shelters in Milwaukee received a splash of color. 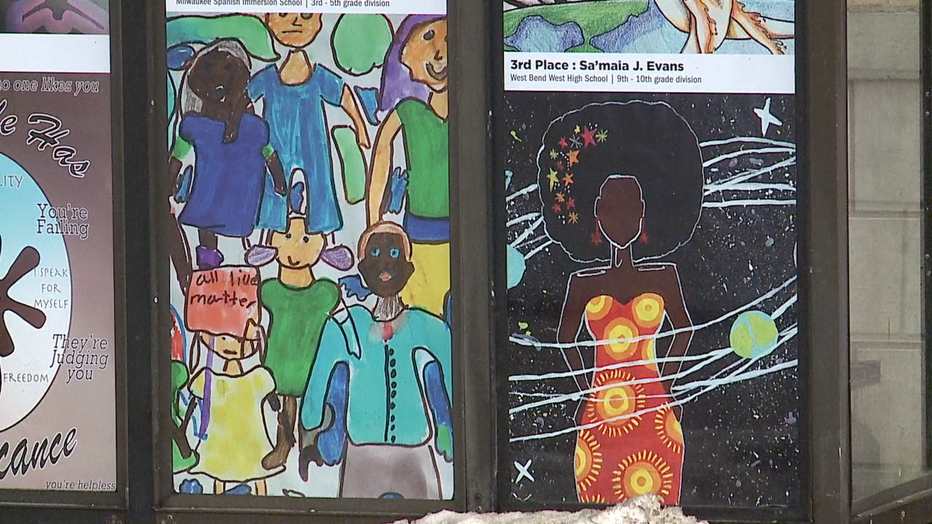 "Many times, the art students don’t get a chance to be featured in the newspaper, or get up on stage and to speak, so highlighting their art in a way that is very meaningful, and exciting for them, was an opportunity we couldn’t pass up," said Janan Najeeb of the Marcus Performing Arts Center. "For people that are sitting at these shelters, it’s an opportunity for them to realize that as a nation there are really good opportunities and good messages that we need to embody and we need to remember."

Depictions of Dr. King, and his messages, as seen through the eyes of young artists.

"It’s so wonderful to see, each year, the children’s interpretation of not only of Dr. King, but of his message – to see their visual expression of how his words resonate with them," Zeledon said.

Get a glimpse of a message of positive change, and hope —and take it on the road with you. 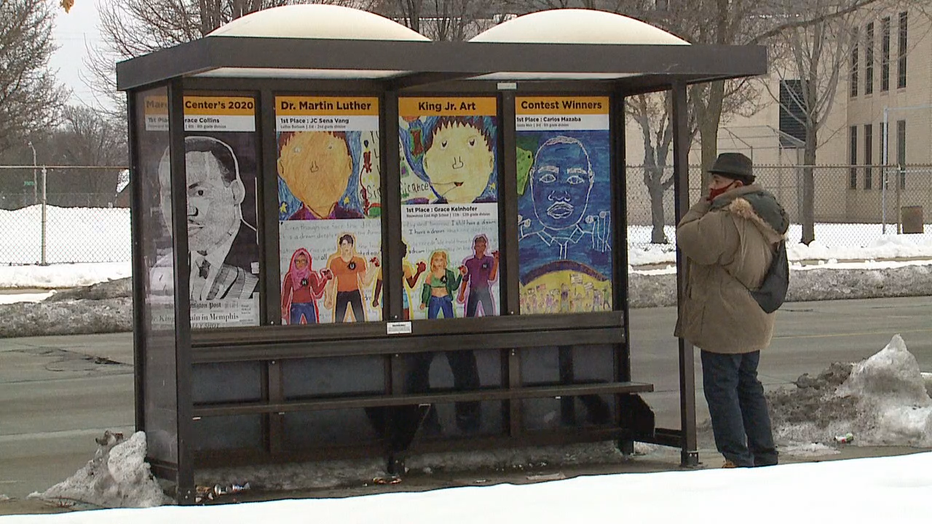 This year’s winners for this art contest will be announced this weekend and their artwork will be featured by MCTS later in the year.