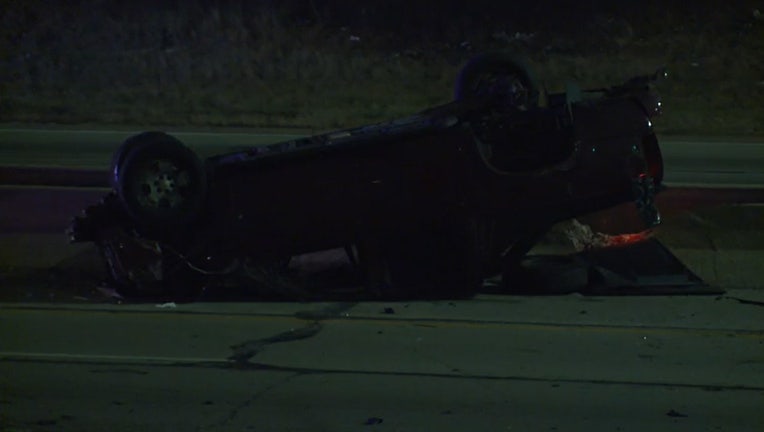 MILWAUKEE - One person was hurt after a rollover crash on northbound I-43 at North Avenue on Thursday evening, Dec. 24, Milwaukee County Sheriff's Office (MCSO) officials said.

The preliminary investigation shows the vehicle and a second car were traveling westbound on W. Meinecke Avenue at a high rate of speed. The vehicle left the roadway jumping the curb, traveling through fencing, crossing the North Avenue on-ramp, down the embankment, and flipping onto its side and rolling over onto its roof. 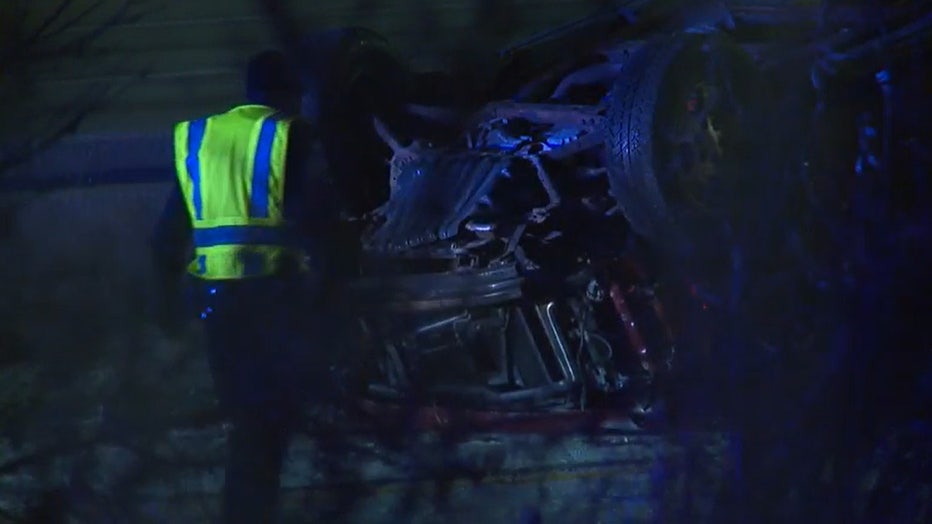 Officials said the vehicle crossed all lanes of traffic before crashing into the median wall. 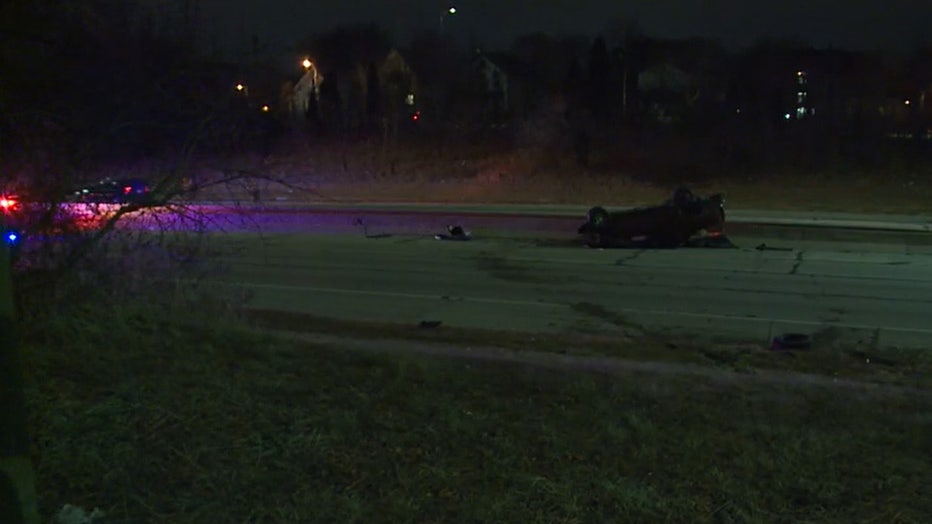 The Milwaukee Fire Rescue arrived on the scene, extricated the driver, and took him to a hospital for evaluation.