FOX6 News spoke with the man who found a suspect -- who allegedly shot two police officers in Delafield -- hiding on his father's property.

DELAFIELD, Wis. - A man suspected of shooting two police officers in Delafield Friday morning, Nov. 6 was taken into custody after a man found him hiding in the woods and called 911. The suspect is identified as 23-year-old Nathanael Benton.

FOX6 News spoke with the man who tipped off authorities to Benton's location; he said Benton was hiding in his father's backyard.

Scott, who asked that FOX6 not show his face or use his last name, said he checked out his dad's house after his sister -- who lives in California -- gave him a heads up about the situation. 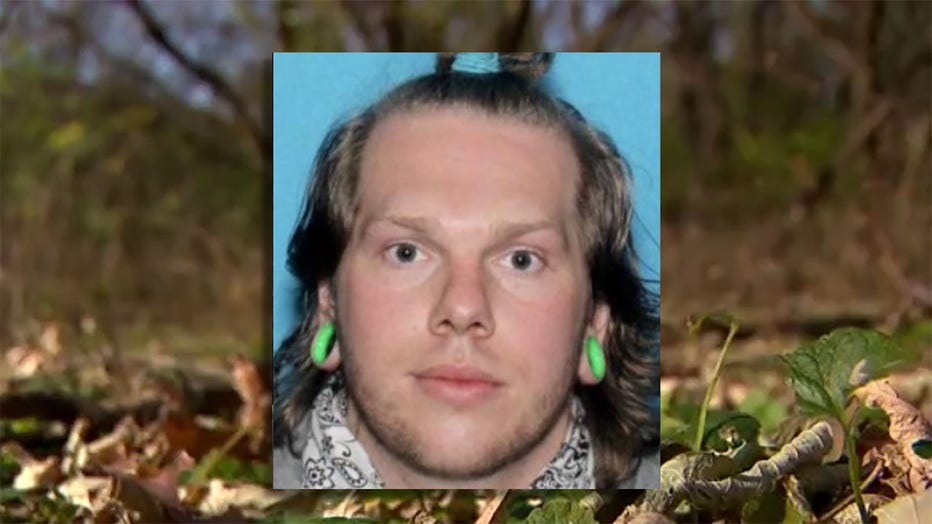 Scott said he and his father were sitting out back when they "heard some cracks and pops in the woods." He said something didn't seem right, and he grabbed his handgun to check it out.

"It looked spooked because it kept looking back." Scott said. "I thought, 'hell, there's something in there.'

Scott said he found Benton, put his gun on him and told him to get his hands up. He then had Benton walk into the field, hoping helicopters would see him. Scott then called 911. He said the morning's events were surreal.

"I thought I was just going to come out and have lunch with my dad, my pops. Scared the hell out of me. At the same time, it’s just right there," said Scott.

The incident began around 1:40 a.m. The two officers -- one from Delafield and one from Hartland -- were shot and wounded outside a Holiday Inn near I-94 and Highway 83. Both officers were taken to the hospital with serious but non-life-threatening injuries. At least one officer fired back at the suspect.

In an afternoon news conference following the shooting, police said Benton was accompanied by two other people -- a 29-year-old woman and a 30-year-old man -- from Indiana. All three are in custody.

In addition to being wanted for attempted homicide in North Dakota, Benton was convicted in 2017 in a sex crime case.

In a statement released Friday, Benton's mother said in part: "We are very overwhelmed by all of it. We are sorry for any harm or pain he caused to anyone and are thankful no one else was hurt when they took him into custody."

Man suspected of shooting 2 officers in Delafield now in custody

Two officers were shot in the area of Highway 83 and Golf Road in Delafield Friday morning, Nov. 6.