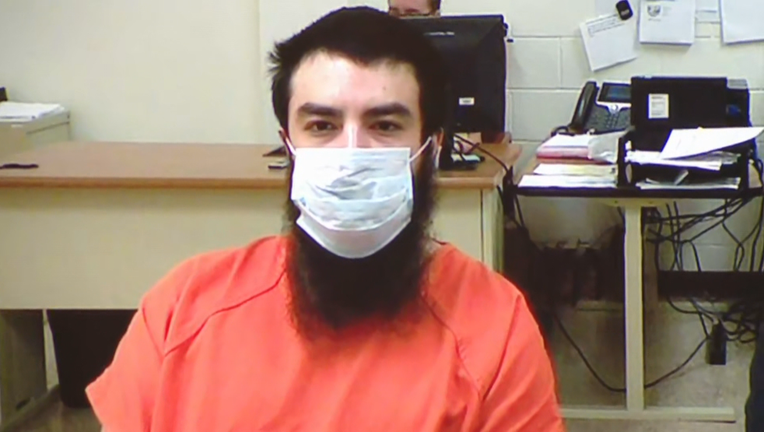 FOND DU LAC, Wis. - A Mexican American man from Wisconsin charged with homicide as a hate crime because prosecutors say he intentionally crashed his pickup truck into a white motorcyclist has been committed to a psychiatric facility.

Daniel Navarro, 27, of Fond du Lac, was charged with first-degree intentional homicide with a hate crime enhancer for the July 3 crash that killed Phillip Thiessen in Fond du Lac County.

After two psychiatric exams, Fond du Lac County Judge Richard Nuss determined Wednesday that Navarro is not competent to stand trial, meaning he does not understand the court proceedings and cannot assist in his own defense, WLUK-TV reported.

Thiessen, 55, was a retired special agent with the Wisconsin Department of Justice and a former police officer. Authorities said Navarro didn’t know Thiessen, but targeted him because he was white.

Navarro told investigators he had been harassed by co-workers and neighbors, and poisoned, drugged and verbally attacked by white people because of his race, authorities said.

During an interview at the sheriff’s office, Navarro said he wanted to go to prison for the rest of his life so he could be free from his neighbors, who he could hear making racist comments through the walls of his house, according to a criminal complaint.

A closer look at the Jacob Blake case

FOX6 News takes a closer look at the Jacob Blake case after it was decided charges would not be filed against the officer involved.

Milwaukee police are investigating a fatal hit-and-run crash involving a pedestrian that happened on Wednesday, Jan. 6 near 20th and Burleigh.

The burglary took place near Locust and Booth the morning of Dec. 27.