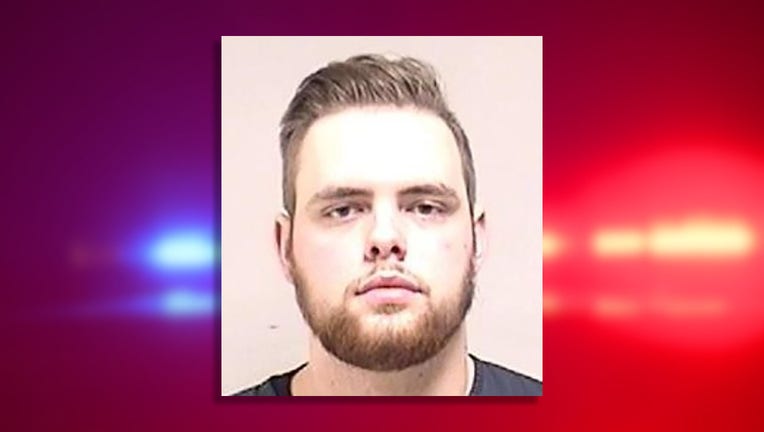 KENOSHA, Wis. - A 21-year-old Kenosha man has been charged with burglary after two National Guard members spotted him and others breaking into a home on March 19.

In addition to burglary, Caleb Tucker is charged with criminal damage to property and misdemeanor bail jumping.

Kenosha police responded to the area of 16th Avenue and 15th Street just before 8 a.m. for a reported burglary. Upon arrival, an officer spoke with the caller and witnesses -- both members of the National Guard.

According to a criminal complaint, the witnesses said they were on their way to work when they saw three suspects go through a basement window. They approached the window, yelled inside and the suspects ran out of the house. One of the witnesses said they noticed a fourth suspect running with the group as they cut through a nearby park and parking lot. One of the suspects was wearing what looked like a "World War I" era gas mask.

As officers investigated the home and tried to contact the homeowner where the incident began, officers spotted a possible suspect who had a black gas mask in his hand -- since identified as Tucker.

The complaint states the homeowner identified all four suspects by name, and that Tucker used to live at the home but was evicted in February. Since then, the homeowner has had problems with things being taken from the home. At one time, the homeowner said, Tucker and another tried to steal his dog.

Court documents show Tucker had been released on signature bond for another offense in February, and as a condition of that bond was ordered not to commit any further crimes.

A preliminary hearing is scheduled for March 30.