Bail for Nathaneal Benton, a 23-year-old man accused of shooting two police officers at a Delafield hotel on Friday, has been set for $1.5 million.

DELAFIELD, Wis. - Nathanael Benton, the man accused of shooting two police officers in Delafield, made his initial appearance in Waukesha County court on Monday, Nov. 9 -- and the court set bail at $1.5 million.

Criminal charges have also been filed against Benton, 23. He was arrested after a manhunt on Friday. He is also wanted in Fargo, North Dakota for attempted murder. 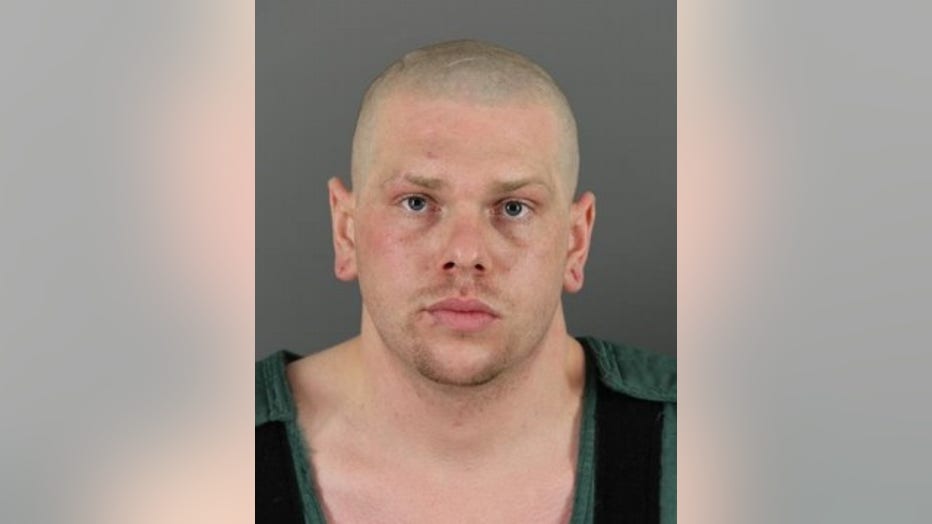 Benton faces two counts of first-degree intentional homicide (use of a dangerous weapon) and one count of possession of a firearm by out-of-state felon, repeater.

"The state concludes that he is a substantial flight risk," said prosecutors in court on Monday.

While on scene, officers made contact with an individual, later identified as Nathanael Benton from Fargo, North Dakota, outside of the Holiday Inn. Benton was accompanied by a 29-year-old woman and a 30-year-old man, both from Warsaw, Indiana.

Upon officers meeting and speaking with Benton and the woman, Benton produced a handgun and fired multiple shots at two uniformed police officers, striking both of them.

According to the complaint, body cameras show one officer performing a frisk for weapons on Benton just prior to the shooting. The video shows the officer standing to the left of Benton and the second officer standing about five to ten feet away. During the pat-down, Benton suddenly makes a motion with his right arm and immediately begins firing a weapon toward both officers at close range.

Both officers were taken to the hospital with serious but non-life-threatening injuries.

A perimeter was immediately established and a search was conducted. Resources from multiple jurisdictions responded to the area, which included tactical enforcement teams who assisted in the search for Benton.

During the investigation, information was received that Benton had an outstanding warrant through Fargo, North Dakota for attempted homicide on November 1, 2020.

In addition to being wanted for attempted homicide in North Dakota, Benton was convicted in 2017 in a sex crime case.

In a statement released Friday, Benton's mother said in part: "We are very overwhelmed by all of it. We are sorry for any harm or pain he caused to anyone and are thankful no one else was hurt when they took him into custody."

Funds have been established at Waukesha State Bank under either the Delafield or Hartland "Officer Recovery Fund."

Man suspected of shooting 2 officers in Delafield now in custody

Two officers were shot in the area of Highway 83 and Golf Road in Delafield Friday morning, Nov. 6.

FOX6 News spoke with the man who tipped off authorities to Benton's location; he said Benton was hiding in his father's backyard.