A Menomonee Falls man calls his new camper "a rolling pile of troubles." He wrote to FOX6 News after discovering a well-known consumer protection law doesn’t protect his purchase.

Hoping to travel more, the Grob family paid more than $50,000 for a larger camper in September 2021. They planned to spent at least 25 days on the road last summer. Instead of hitting the road, Alex Grob says, they’ve hit the brakes.

"[The camper has] been in our possession only for 14 days. Otherwise, it’s been sitting at the service center," Grob told Contact 6. 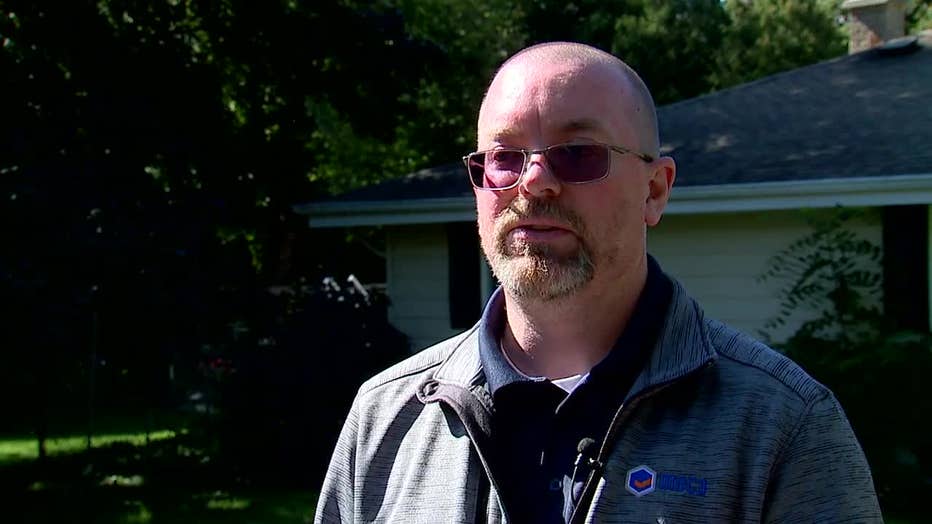 A civil lawsuit filed by Grob in Waukesha County claims his "camper has been replete with continual unresolved defects."

The lawsuit says Camping World RV Sales, LLC, "intentionally concealed some defects, failed to repair some defects, and has been unable and/or unwilling to return the Camper to Plaintiffs." 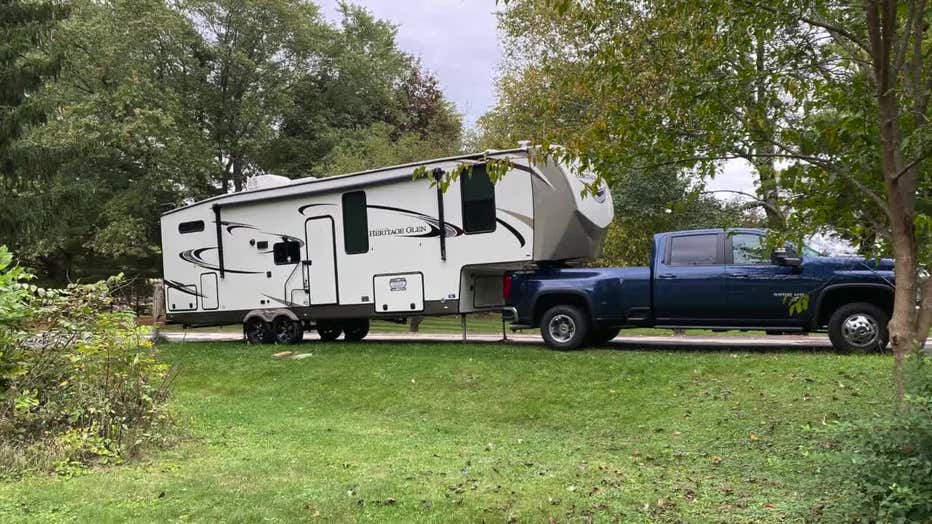 "We’re not happy having missed the opportunity to have those trips and make those memories this year," said Grob.

Neither Camping World nor its attorney responded to Contact 6’s request for comment. They’ve filed a motion to dismiss the case. 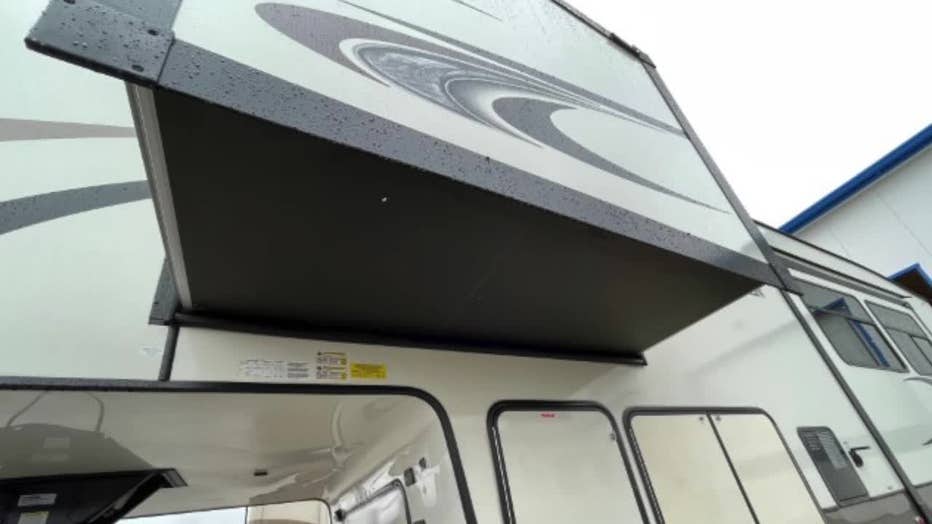 "If it had a motor," DeLadurantey says, "it would." 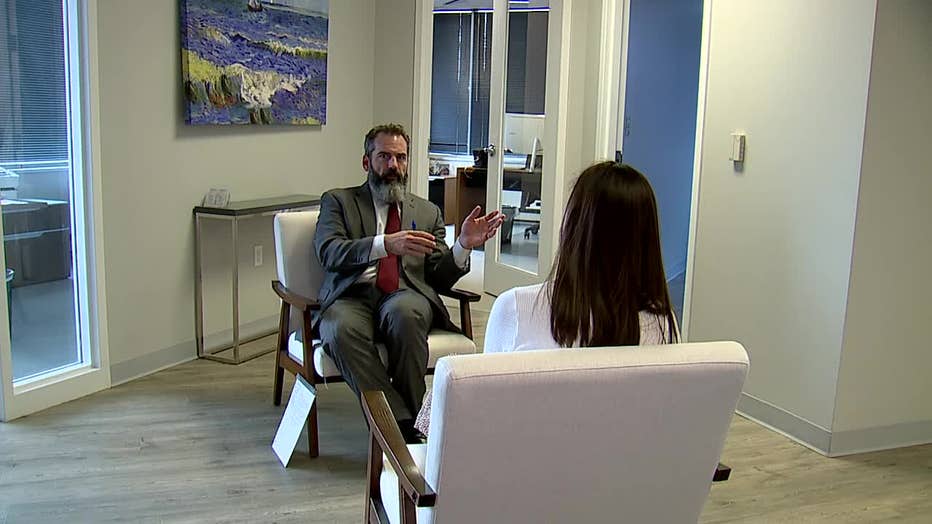 Wisconsin does have a Lemon Law.

Wisconsin’s Lemon Law states that if a new motor vehicle has certain problems that can’t be fixed within a reasonable timeframe, the owner can ask the manufacturer buy the vehicle back or replace it. However, Wisconsin Lemon Law only applies to vehicles with a motor, like cars, trucks, motorcycles and motorhomes. 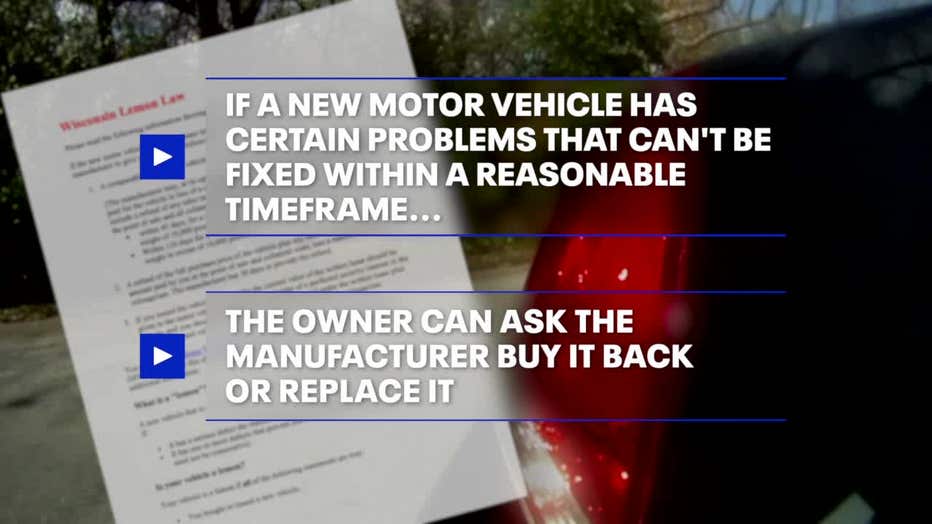 Trailered vehicles don’t qualify under Wisconsin’s Lemon Law. Neither does a new moped, a semi-trailer or a towable RV.

A WisDOT spokesperson tells Contact 6, "RVs are trailered vehicles without a motor or means to be driven on their own. As a result, they do not qualify under the Wisconsin Lemon Law. Other state Lemon Laws also exclude RVs, including Iowa and Michigan."

Contact 6 reached out the manufacturer of Grob’s camper but did not hear back.

To qualify as a lemon, a defect must also appear within one year before the warranty expires. That defect must substantially harm the vehicle’s use, value or safety. The vehicle must be out of service at least four times in one year or for thirty days.

"We could have gotten our money back, all of our interest payments, everything, because Lemon Law would have easily, 100 percent said, "this is a lemon," Grob says.

There is a federal law that also protects consumers with defect products, ranging from toasters to boats. It’s called the Magnuson-Moss Act and it broadly covers any product over $10 that’s covered by a product warranty.

Under Magnuson-Moss, the consumer must give the manufacturer, or its dealer, reasonable opportunity to make repairs, and it failed to do so.

But, DeLadurantey says the Grob’s case isn’t about a pending warranty claim.