One day before Veterans Day, Nov. 11, an American Legion Post in the Village and Town of Somers received an unexpected surprise.

SOMERS, Wis. - One day before Veterans Day, Nov. 11, an American Legion Post in the Village and Town of Somers received an unexpected surprise.

"They had asked if we would mind distributing the flags. So since Friday of last week in the hours of 10 in the morning, and six in the evening, we had been handing out flags and flag kits," said Danny Rodriguez with American Legion Post 552.

When a new neighbor moved to town, the men and women of American Legion Post 552 were there to give them a warm welcome.

That neighbor is the Pritzker Military Museum & Library's newest archive, being built just down the road from the Legion Post. 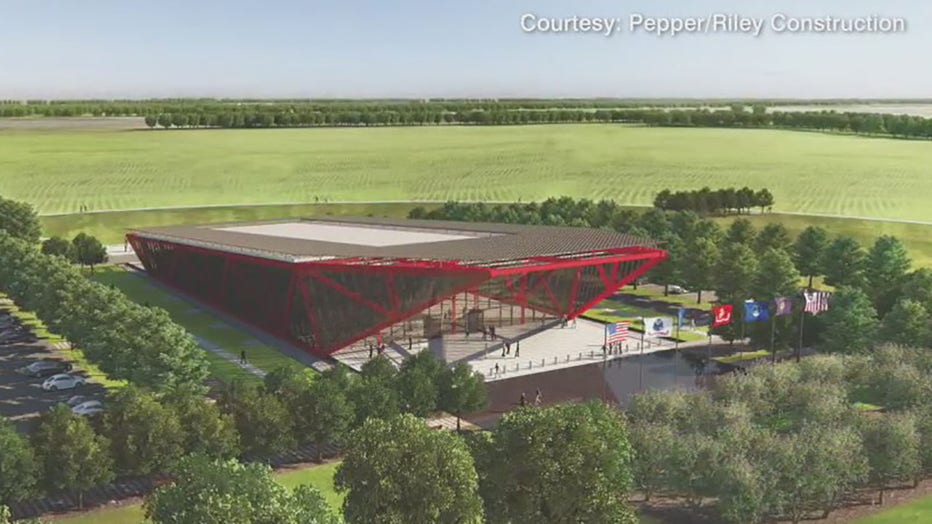 "We are committed to keeping alive the stories of the citizen-soldier, the service of veterans to this country," Rob Havers, with the Pritzker Military Museum & Library, said. "(The) new facility in Somers will enable us to keep collecting on the same order of magnitude."

With veterans handing out flags to help welcome them, they had no idea what it would result in -- a thank you and a $2,000 check.

"That was a surprise gesture, I had no idea that was coming," Rodriguez said. "We’ll use it primarily for the American Legion charities that they have community involvement. We might use a little – a couple of small projects that we have to do here.

"We’re happy to welcome anyone. Perhaps we’ll get a few more members out of it."

As the gift was handed over on Tuesday morning, even behind masks, you could see the smiles -- and hear the warm reminder to appreciate veterans near you.

The pandemic has caused a shift in the original plan, but the drive-thru proved to be just as beneficial.