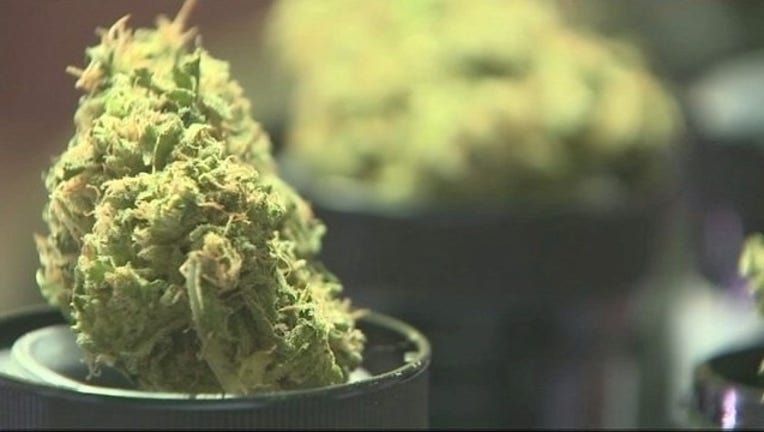 MADISON, Wis. - The push to legalize marijuana in Wisconsin enjoys some bipartisan support, but backers of bills that would make it legal for either medical or recreational use say it won't happen this year.

Still, the top Democrat in the state Senate said Wednesday that Wisconsin is closer than it's ever been to loosening its marijuana laws. Every neighboring state has legalized marijuana to some degree.

"I never thought I was going to live to see the day, but we’re actually talking realistically about marijuana reform," Democratic Senate Minority Leader Janet Bewley said at a meeting of the Wisconsin Counties Association.

The bills come after Democratic Gov. Tony Evers last year proposed legalizing marijuana in the state budget, a provision removed by Republicans who control the Legislature. But that hasn't stopped the conversation about having Wisconsin join the 37 states that have legalized medical marijuana and the 18 that have fully legalized it, including Illinois and Michigan. Wisconsin's other two neighbors, Iowa and Minnesota, allow medical marijuana.

Bewley said the bipartisan discussion about loosening Wisconsin's marijuana laws is a "celebration."

"We’re not going to get it passed this year, don’t get me wrong," she said. "But we’re actually talking about it in very realistic and concrete terms. The fact that we’re there, we were not there and we haven’t been there for years, but for some reason there’s daylight. That’s what we have to capitalize on."

The biggest impediment to loosening marijuana laws appears to be Republicans who control the state Senate. They have not shown a willingness to changing the law and Senate Majority Leader Devin LeMahieu has said that legalization should be tackled at the federal level, not by the states. Republican Assembly Speaker Robin Vos has voiced support for medical marijuana.

Advocates changing Wisconsin's law are hoping to at least have a public hearing this year on a bill introduced by Republicans that would make medical marijuana legal.

"This is not a Republican issue and this is not a Democrat issue," she said when introducing her bill last month. "When you look at the map of states where medical marijuana is legal, you will see conservative states like Florida and South Dakota and more liberal states like California and New York offering a compassionate option for those who need relief. It is time to have the conversation ... in the state of Wisconsin."

Felzkowski said her goal this year is to get a hearing so that lawmakers can hear from the public.

Lawmakers need to put their political party aside and talk with one another to reach agreement, said Democratic Sen. Melissa Agard, of Madison, the chief proponent of full legalization in Wisconsin.

"That is not happening at this point," she said.

Still, though, Agard is optimistic.

"It is important that we realize there have been more pieces of legislation introduced this session from a broader swatch of political affiliations than we have seen in Wisconsin," she said. "Clearly we are having a lot of opportunity for robust conversation in the building and that is exciting."

Legalization of marijuana isn't a matter of if it happens, but when and how, Agard said.

"To me, the devil is in the details," she said.

Kenosha County Sheriff's Department is investigating a shooting that happened Wednesday, Feb. 9 in the Village of Somers.