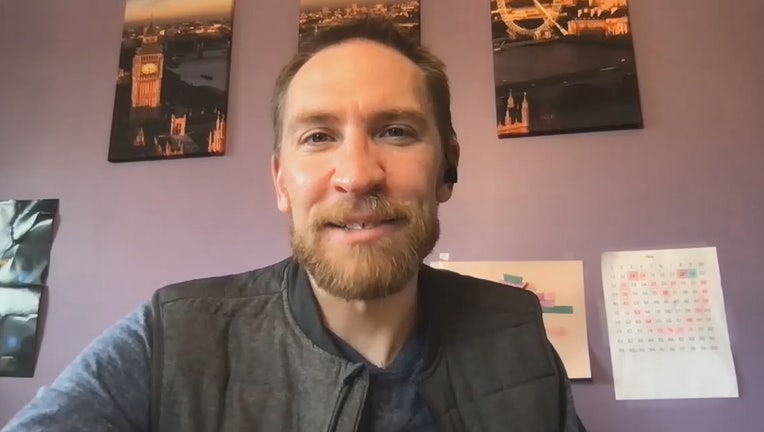 Larson issued the following statement on his decision:

"Today I made the decision to suspend my campaign for United States Senate. While I won’t be the candidate who takes on Ron Johnson next fall, I remain as committed as ever to assuring his defeat and electing Democrats who will fight for progressive values up and down the ballot in 2022.

"I'm endorsing Mandela Barnes for Senate. Mandela is the candidate who is best positioned to defeat Ron Johnson and who Wisconsinites can most trust to fight hard in the Senate for bold progressive policies that benefit working families -- ideas like Medicare for All, a job-creating Green New Deal to grow Wisconsin’s economy, and paying for big ideas by making the ultra-wealthy pay their fair share. I know Mandela will never stop fighting to create opportunity for every Wisconsinite. I encourage my supporters to support Mandela, I\ will do everything I can to ensure he is our nominee, and I will work hard to ensure the Democratic Senate nominee and other Democrats on the ballot are successful in November of 2022. We must do all we can to unrig the system so it works for everyone, not just the ultra-wealthy and Wall Street.

"I will continue to work hard in the state Senate to protect public education, expand health coverage, preserve our environment, and restore our democracy. Make no mistake, with today’s Republican Party, all of these
things are under serious threat.

"To the thousands of people who supported me in this race: Thank you! I am humbled to have had you at my side. With your time, your resources, and with your words, you helped grow our mandate for bold progressive change. It’s not enough to just be better than Ron Johnson, that’s a low bar, it’s about what we need to do to build a better community, state, and nation where we treat each other as neighbors, not as adversaries. I truly appreciate each and every one of you -- and especially Jessica, Atticus, and Stella who have consistently been by my side. It is because of you that I will continue the fight for our shared values in the state Senate and on the campaign trail for Mandela Barnes."

Larson, from Milwaukee, is up for re-election next year in the state Senate, but did not indicate what path he will take politically. Because Barnes is running for U.S. Senate, there's an opening for lieutenant governor on the ticket with Democratic Gov. Tony Evers.

Larson hasn't been able to raise the amount of funds he was likely hoping for with $20,000 cash on hand at the end of June. He reported raising $51,000 during the second quarter.

There is no lack of interest by Democrats willing to take on Johnson if he decides to run.

As COVID cases rise in Wisconsin, city leaders weigh the options for masks to make a comeback.