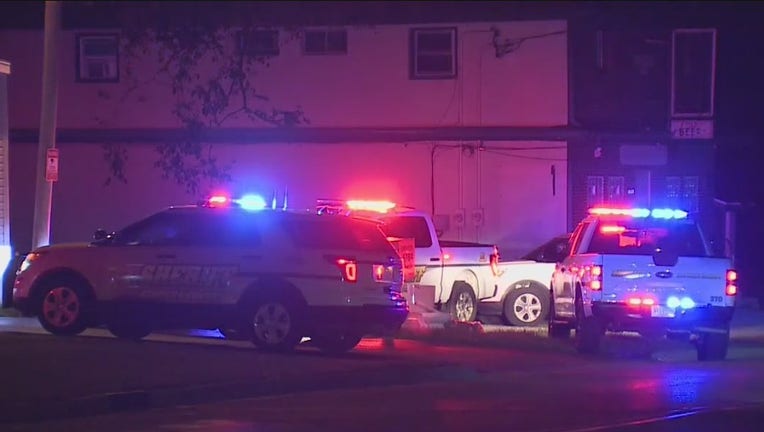 KENOSHA, Wis. - There was a heavy police presence at the Embassy Mobile Home Park in Kenosha County late Wednesday night, Aug. 17. Police were dispatched to the scene around 10:30 p.m. for a weapons complaint.

The initial call to dispatch gave information that a shooting may have occurred at this location.  After further investigation, deputies and detectives advised that misinformation was given.  Deputies did not locate anyone that had been involved in a shooting.

Officials say a victim that lives in a trailer in the mobile home park was located that had been involved in a physical altercation at a different location in Kenosha earlier that evening.  The victim, a 41-year-old man, was uncooperative with deputies and detectives and would not give any suspect information.  He was treated at an area hospital for minor injuries.

Deputies did arrest another subject at the scene on a probation hold and transported him to jail.  The arrested person was originally suspected of being involved in the initial call, but it was later determined that he had no involvement with the victim’s injuries.