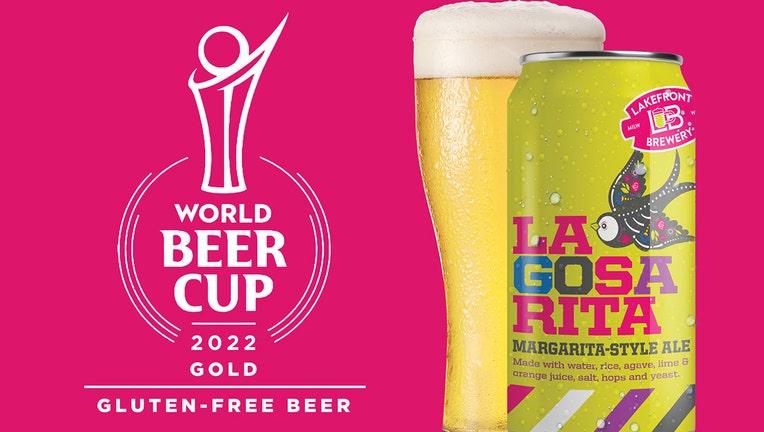 La Gosa Rita is a margarita-style ale developed by Lakefront Brewery over a year ago. The brewery describes the gluten-free beverage as having "a bright lime tartness, a bit of agave and orange sweetness and just the right amount of sea salt saltiness."

"The World Beer Cup is known as the Olympics of beer," Lakefront Brewery President Russ Klisch said in a news release. "To win gold means your beer is one of the best in the world."

The Brewers Association developed the World Beer Cup in 1996 to celebrate the art and science of brewing. It is the most prestigious beer competition in the world, Lakefront Brewery said. In the 2022 competition, approximately 10,500 beers from 2,500 breweries were entered and judged by 226 folks in Minneapolis.