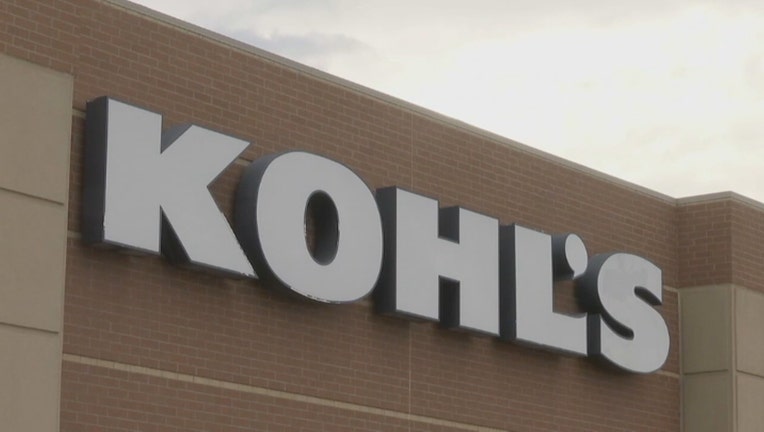 MENOMONEE FALLS, Wis. - The potential sale of the Kohl's department store chain has fallen apart in a shaky retail environment of rising inflation and consumer anxiety.

Kohl's entered exclusive talks early this month with Franchise Group, the owner of Vitamin Shop and other retail outlets, for a deal potentially worth about $8 billion.

"Given the environment and market volatility, the Board determined that it simply was not prudent to continue pursuing a deal," said Kohl's Chairman Pete Boneparth.

It was the second time this week that a major retailer retreated from a potential sale due to worsening economic conditions. Walgreen’s said Thursday that it was giving up on its hopes of selling its Boots business in the UK.

"Kohl’s decision to terminate acquisition talks with Franchise Group comes as no great surprise," said Neil Saunders, managing director of GlobalData. "Current market conditions are not conducive to corporate dealmaking, with issues around financing and raising debt and capital all acting as barriers to closure."

Saunders said that while Franchise Group was serious about the bid, it "likely found it increasingly difficult to make the math stack up against a backdrop of a deteriorating retail environment."

Shares of Kohl's Corp., based in Wisconsin, tumbled more than 20% at the opening bell.

U.S. data released two weeks ago showed that inflation has begun to erode the will of Americans to shop as they once had, unable to travel much and flush with money from government stimulus checks. Economic growth in the U.S. is slowing and potential takeovers face stiffening headwinds from rising interest rates that make financing such deals much more expensive.

Kohl’s struggled with anemic sales before the pandemic. Sales and profits rebounded in 2021, but the department store is now battling higher costs and a pullback from its price conscious shoppers who are being more cautious with their spending in the face of rising prices for gas, food, and just about everything else.

The spending retreat is broader than that, however. Just weeks after telling its investors what to expect in the year ahead, the luxury furniture chain RH revised those expectations lower Thursday, citing worsening macro-economic conditions and rising mortgage rates.

The day before, the CEO of Bed, Bath & Beyond was ousted after another dismal quarter of sales.