Kenosha organization urges businesses to stay boarded up for now

Kenosha business owners are debating when to reopen amid the potential for more violence, more than a week since multiple businesses were destroyed during violent unrest that followed the police shooting of Jacob Blake.

KENOSHA, Wis. - Kenosha business owners are debating when to reopen amid the potential for more violence, more than a week since multiple businesses were destroyed during violent unrest that followed the police shooting of Jacob Blake.

The plywood boards affixed to provide protection from fires and looters were later painted with messages of hope and calls for peace. Now, Downtown Kenosha Inc. is urging businesses to keep those boards in place -- not only for safety, but for healing.

Under different circumstances, Elsie Mae's Canning and Pies makes for a popular window-shopping stop -- their pies a pointed focus of advertising. Still, owner Kelly Deem said the plywood blocking the windows of the shop are here to stay.

"I think that the boards can kind of play two roles here, and we're seeing it more as messaging right now and less for our protection," Deem said.

The messages painted across the downtown Kenosha businesses lean on love, inspiration and hope.

"It showed us that we're just exactly where we need to be," said Deem. 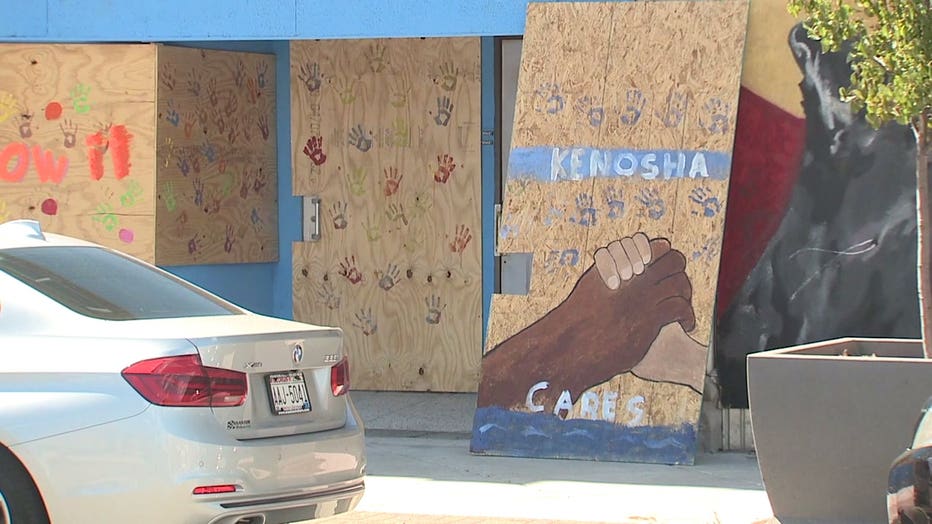 It is the message that Downtown Kenosha Inc. said represents the city, comparing the painted plywood facades to a temporary art exhibit.

"In a way, it was a part of their therapeutic process. I mean, we're all healing," Alexandria Binanti, executive director of Downtown Kenosha Inc., said.

While the city had lifted its curfew, the nonprofit organization said it is too soon to remove the plywood due to the potential for future violence. 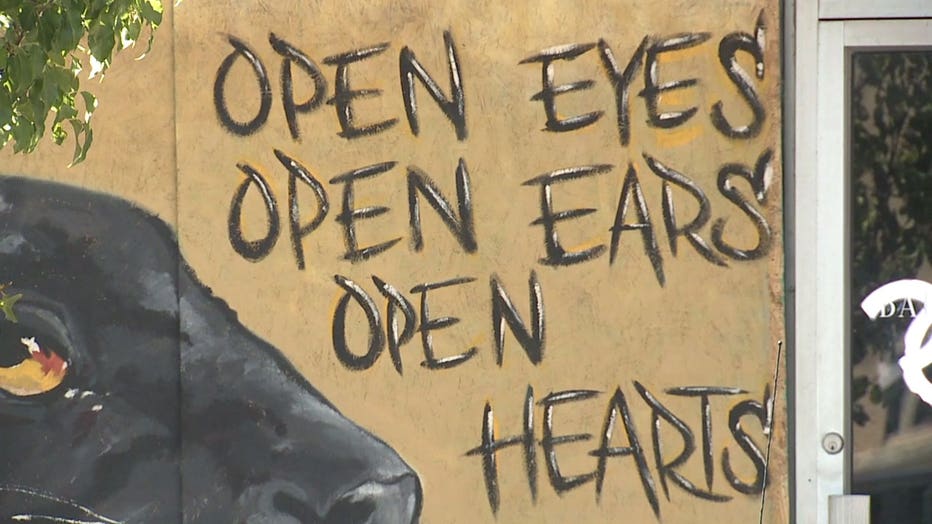 Karmo and Smith, both reported members of the 417 Second Amendment Militia with criminal records, were headed to Kenosha to loot and "pick people off," according to charging documents. The FBI recovered an assault rifle, shotgun, silencer and more.

That's why Binanti is urging businesses to keep the plywood up for now.

"There's events that are around this that could incite other frustrations. We're aware of that, so we just want to be prepared," said Binanti.

Business owners do not have a set time as to how long businesses should remain boarded. Binanti said they are waiting for guidance from the city and the Kenosha Police Department before making a decision.

Jacob Blake appeared remotely to Kenosha County court on Friday afternoon, Sept. 4. Blake waived his right to a preliminary hearing -- and then pleaded not guilty to three charges that were filed against him back in July.

Back to school is a busy time of year at The Lettering Machine in Kenosha. Embroidering uniforms and also making masks. Now, they're about to get even busier -- taking on a new project.

Kenosha cousins hope to help their hometown by selling lemonade

A pair of Kenosha cousins knew they wanted to help their community and they are doing so by simply selling lemonade.