From the school playground to fighting for his life in the hospital, a 6-year-old boy hit in the head by a projectile launched from a lawnmower is out of a coma and talking.

KENOSHA, Wis. - From the school playground to fighting for his life in the hospital, a 6-year-old boy hit in the head by a projectile launched from a lawnmower is out of a coma and talking.

Alex Hook has made incredible progress since he was injured on Sept. 10. As he gains strength, his community is offering support.

Hook suffered a brain injury after an object launched by a passing lawnmower hit him in the head while on the Riverview Elementary School playground.

"The first thing they gave him, as far as solid food, was a piece of pizza. He was thrilled with that," Koertgen said. 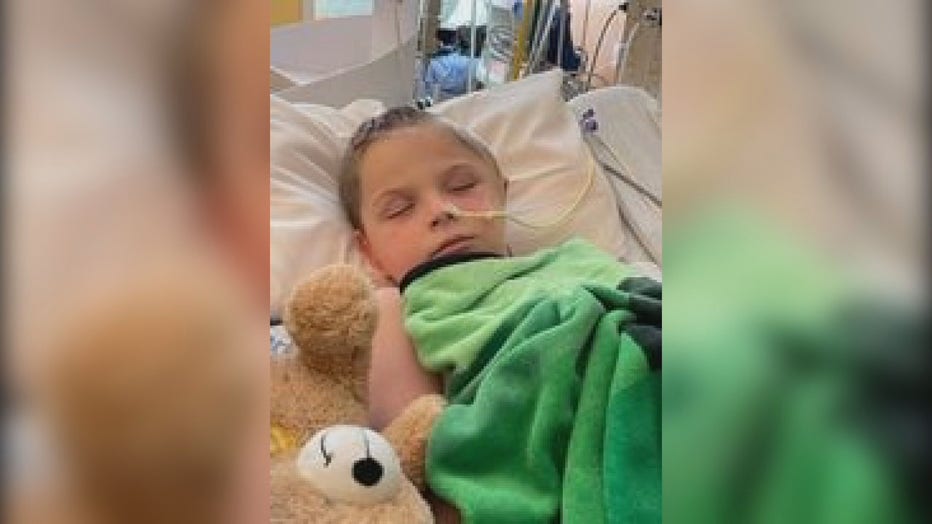 Koertgen told FOX6 News that doctors are monitoring fluid near the boy's brain. She said another surgery is on the horizon.

Alex's aunt Michelle Koertgen says doctors are monitoring fluid near the child's brain.
she says another surgery for the six-year-old is on the horizon.

The tragedy is touching Hook's community.

"I might have squeezed my girls a little harder that night thinking about what had happened," said Justin Guerrero, a Riverview parent.

Guerrero is organizing a fundraising event set for Oct. 23 to help the Hook family.

"It's a benefit ride where we're going to bring the motorcycle community together and raise funds to help the family," Guerrero said. "Just bring people together and show support for the family." 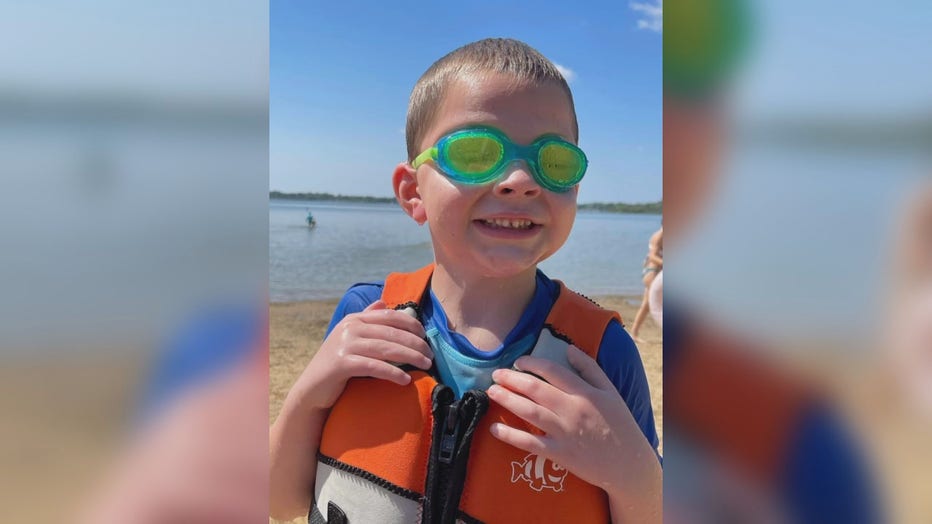 The Hook family is grateful for the support and inspired by the 6-year-old's progress.

"By the grace of God and the power and prayers and positive thoughts from all over the world. I truly think they played a big role in his recovery," said Koertgen.

Alex's Ride on Oct. 23 will begin at Hawg Heaven.

Family said Hook is fighting an infection. He is going through daily physical, occupational and speech therapy.

A Milwaukee girl is partially paralyzed after a road rage shooting. Her family hopes her story can help change the city and stem the violence.

An Elmbrooks schools parent is looking for answers after learning his child was exposed to someone with COVID-19 for days before being notified.