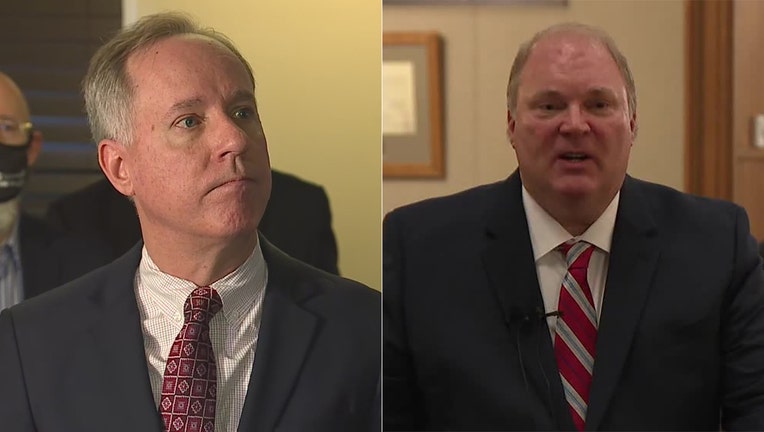 MADISON, Wis. - A judge on Thursday said the investigator hired by Wisconsin Assembly Speaker Robin Vos to look into the 2020 election appears to have "gone rogue" and "run amok" in refusing to comply with the state's open records law.

Dane County Circuit Judge Valerie Bailey-Rihn gave Vos "one last chance" to seek records requested from investigator Michael Gableman before she fines Vos for contempt. She ordered Vos's attorney to produce an affidavit showing that Vos asked Gableman for the records and for details about what attempts he's made to find the records.

"I don’t want to hold Speaker Vos and the Assembly in contempt just to have the taxpayers spend more money for something that should be resolved," the judge said.

She set a hearing for June 16.

Vos a year ago hired Gableman, a former Wisconsin Supreme Court justice, with $676,000 in taxpayer money to investigate the election won by President Joe Biden. Vos last month paused the investigation, pending the resolution of ongoing legal challenges to subpoenas he has issued.

"I don’t control Mr. Gableman," Stadler said. "I don’t have the authority and no one in the state has the authority to walk into his office and demand that he sit for a deposition, an inquisition, or anything like that."

The judge rejected that argument, noting that Gableman has an office outside of Milwaukee can be easily found and asked to comply.

"It’s not like this is Batman that you have to send out the bat signal to get someone respond," Bailey-Rihn said. "This isn’t Batman because you know who this person is. He doesn’t have an alternate identity that’s hidden in the shadows. The open records law was designed to bring sunshine into state government for everyone."

Stadler responded: "It isn’t as simple as Commissioner Gordon turning on the bat light and signaling Batman ... I don’t have control over Mr. Gableman."

The judge said that made her think Gableman was trying to hide something.

"He's just run amok and is flatly refusing of following any of the court’s guidance or orders that subject Mr. Vos to liability," Bailey-Rihn said. "That’s what you’re telling me."

She said it was "astounding" that Gableman was acting this way.

"If he’s gone rogue and refuses to do what they asked of him, then I think they have some other remedies they need to look into," she said.

Earlier this month, Bailey-Rihn ordered Vos not to destroy records collected during a three-month period requested by American Oversight, saying he has control over Gableman since he contracted with him to do the work.

Dane County Circuit Judge Frank Remington on April 21 ordered Gableman "not to delete or destroy any record that is or may be responsive" to the group’s open records requests. Remington made the order after Gableman’s attorney told American Oversight that it "routinely deletes documents and text messages that are not of use to the investigation."

The nonpartisan Legislative Council, attorneys who advise the Legislature, said in October that deleting such records, even by a state contractor like Gableman, is a violation of Wisconsin law.

Gableman’s attorney, James Bopp, has argued in court filings that the record retention law does not pertain to contractors.