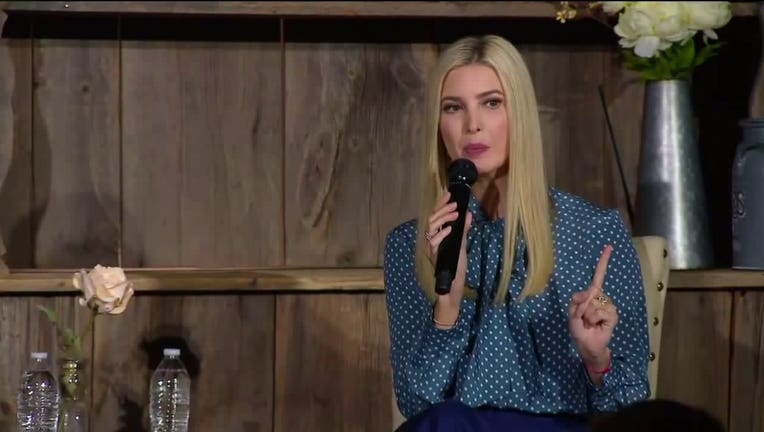 The event is scheduled to take place at 11 a.m. Tuesday.

"Wisconsin's simple motto of 'Forward' fits perfectly with the President's proven track record to keep moving the country ahead," said Ivanka Trump in the release. "I'm excited to once again be back in the great state of Wisconsin to discuss how President Trump will keep bringing the country forward by advancing school choice, increasing access to childcare and delivering fair trade deals for hard-working Americans!"

Ivanka Trump's Milwaukee stop comes one week after she visited Hilbert, Wis. for a similar event.

Ivanka Trump campaigns for the president in northeast Wisconsin