INDIANAPOLIS - An Indianapolis doctor who performed an abortion on a 10-year-old rape victim from Ohio took the first step Tuesday toward suing Indiana's attorney general for defamation.

Dr. Caitlin Bernard, an Indianapolis obstetrician-gynecologist who gave the girl a medication-induced abortion on June 30, filed a tort claim notice over what she says are false statements that Attorney General Todd Rokita has made about her and her work.

Bernard received widespread attention after she gave an interview to the Indianapolis Star about the child, who traveled to Indiana from Ohio for the abortion. A so-called fetal heartbeat law took effect in Ohio last month after the Supreme Court overturned Roe v. Wade. Such laws ban abortions from the time a fetus' cardiac activity can be detected, which is typically around the sixth week of pregnancy.

A 27-year-old man was charged last week in Columbus, Ohio, with raping the girl, confirming the existence of a case that was initially met with skepticism by some news outlets and Republican politicians. 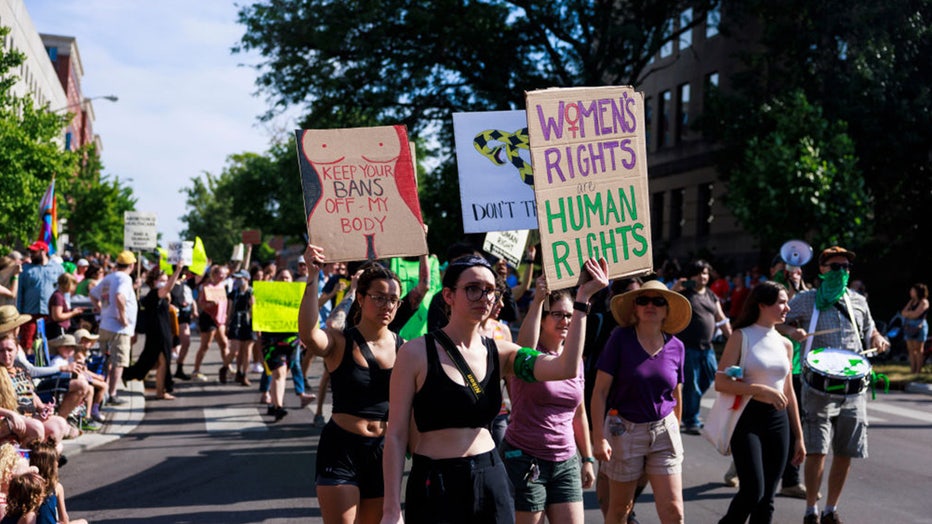 Bernard's lawyer, Kathleen DeLaney, filed the "tort claim notice" against Rokita just days after she sent a cease and desist letter. The claim starts a 90-day period for the state to settle it. If it's not settled, Bernard could file a lawsuit. The claim didn't say how much money Bernard is seeking, noting that "the harm is ongoing."

"Mr. Rokita’s false and misleading statements about alleged misconduct by Dr. Bernard in her profession constitute defamation," the claim reads. "The statements have been and continue to be published by or on behalf of Mr. Rokita and the Office of the Attorney General."

After the news of the 10-year-old's abortion broke, Rokita told Fox News that he would investigate whether Bernard violated child abuse notification or abortion reporting laws. He also said his office would look into whether anything Bernard said to the Indianapolis Star about the girl's case violated federal medical privacy laws. Rokita offered no specific allegations of wrongdoing.

Records obtained by The Associated Press and local news outlets show that Bernard submitted her report about the girl's abortion on July 2, which is within Indiana’s required three-day reporting period for an abortion performed on a girl younger than 16.

A spokesperson for Rokita said Bernard's claim is "baseless" and attempts to "distract from the important work of the office."

"Attorney General Rokita and the Office of Attorney General are leaders in the pro-life movement," spokesperson Kelly Stevenson said via email. "His historic work has further distinguished Indiana as a protector of unborn life and women."

The Indiana Democratic Party criticized Rokita for the impact the lawsuit would have on taxpayers.

"Hoosier taxpayers will now have to pay for Attorney General Todd Rokita’s national smear campaign against a doctor who helped a 10-year-old rape survivor attain a legal and safe abortion," party spokesperson Drew Anderson wrote in an email.

Arleigh Rodgers is a corps member for the Associated Press/Report for America Statehouse News Initiative. Report for America is a nonprofit national service program that places journalists in local newsrooms to report on undercovered issues. Follow her on Twitter at https://twitter.com/arleighrodgers