Another record rise in COVID-19 cases on Thursday prompted Wisconsin health officials to urge residents once again to limit interactions with others. The state opened its alternate care facility for COVID-19 patients on Wednesday amid the case and hospitalization surge. No patients arrived on Wednesday, but some may be there Friday.

WEST ALLIS, Wis. - Another record rise in COVID-19 cases on Thursday prompted Wisconsin health officials to urge residents once again to limit interactions with others.

The state opened its alternate care facility for COVID-19 patients on Wednesday amid the case and hospitalization surge. No patients arrived on Wednesday, but some may be there Friday.

"The surge in hospitalizations is the result of the (case) surge that started in early September," said Andrea Palm, Wisconsin Department of Health Services secretary-designee. "This is why we say it's going to get worse before it gets better. It will take time before we see the fruits of that labor in reduced community spread."

State health officials warned that, with the continued rise in cases, it's only a matter of time before the facility, which can take up to 530 patients, fills up -- unless all Wisconsinites taking the virus seriously.

According to the Wisconsin Hospital Association, 1,043 COVID-19 patients in Wisconsin are hospitalized as of Thursday. 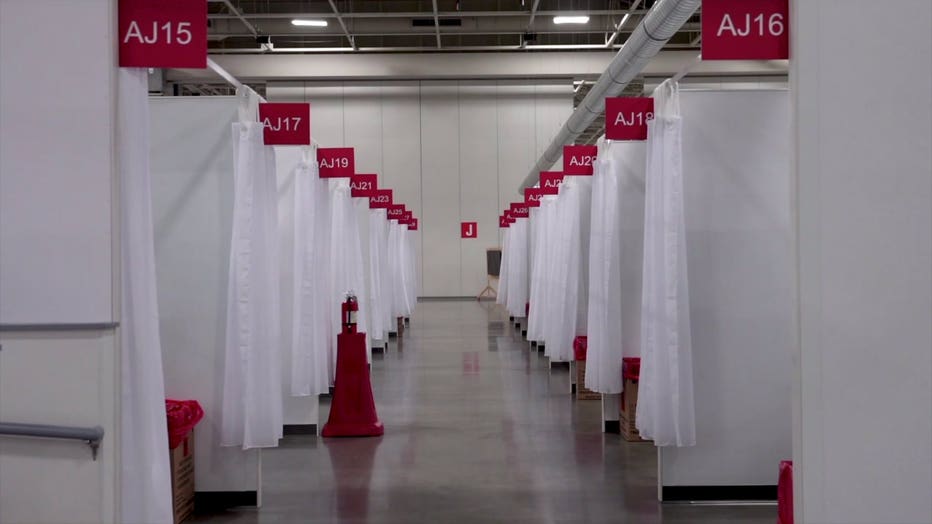 A White House COVID-19 Task Force report shows there is a "low adherence to mitigation measures" in the state, and that residents' lack of compliance will result in more coronavirus cases.

In response to the report, Gov. Evers said it is critical that his administration and republicans get on the same page.

"We need to make sure that we’re using every possible messenger on this. Obviously, the White House Task Force is a good messenger for us. The leader of the free world hasn’t signed on to this. The inconsistency from the White House and from our President hasn't helped," said Gov. Evers. "We can prevent deaths. I don’t know how people in the state of Wisconsin can say, what the hell, I don’t care about preventing deaths. That is unimaginable to me."

Wisconsin's COVID-19 case surge began in early September when the seven-day average of new cases was around 700. That average has since quadrupled to 2,900.

According to the U.S. Centers for Disease Control and Prevention, Wisconsin ranked fourth in seven-day case rate per 100,000 people and third in seven-day cases total among all states as of Thursday.

Palm said it is only going to get worse, noting that with the surge continuing, the number of hospitalizations -- which usually lag cases by a couple of weeks -- will undoubtedly increase over the next month.

COVID-19 cleaning in schools: Is it doing more harm than good?

Are there risks associated with cleaning constantly for COVID-19?

Patients who receive care at the alternate care facility will be there for approximately 3-6 days and will not be charged for their stay.