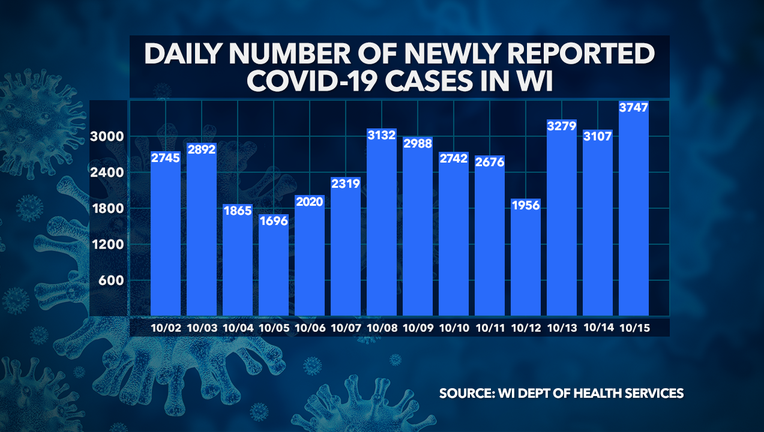 MADISON, Wis. - The number of positive cases of COVID-19 in Wisconsin rose by 3,747 Thursday, Oct. 15, officials with the Wisconsin Department of Health Services reported, for a total of 162,325. It marks the second time this week Wisconsin hit a new daily high for positive coronavirus cases -- a surge that the state's chief health officer called a crisis.

There have been 1,553 deaths in the state, with 17 new deaths reported by DHS officials Thursday. 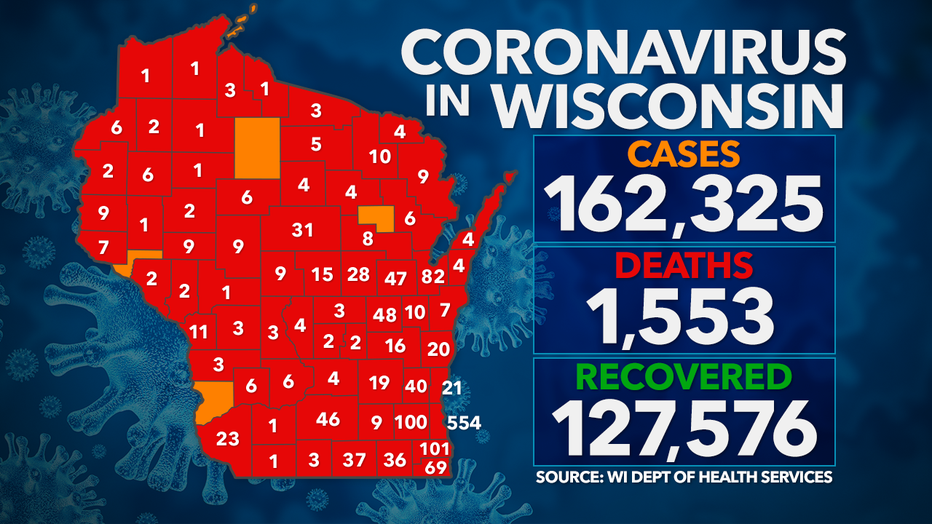 The number of people hospitalized continued its steady increase this week, rising to a new all-time high of 1,043.

“This is going to get worse before it gets better,” said Department of Health Services Secretary Andrea Palm. “Wisconsin is in crisis and we need to take this seriously.”

To date, the state has had more than 162,000 confirmed cases and 1,553 deaths from the disease since the start of the pandemic. The state opened a field hospital at State Fair Park on Wednesday to handle overflow patients.

As of Thursday afternoon, the field hospital had yet to admit anyone, Palm said. 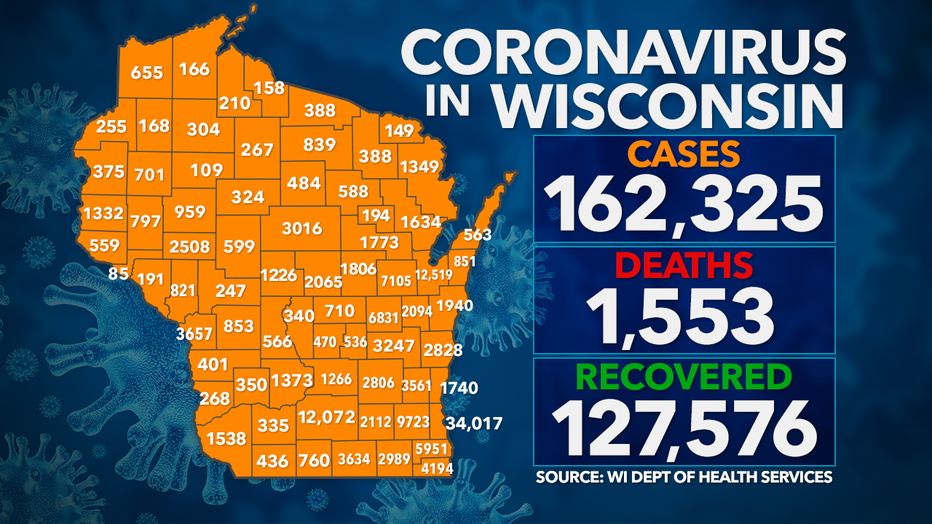 Wisconsin's surge began in early September when the seven-day average of new cases was around 700. Two weeks later, that had doubled and it is now 2,927, Palm said.

Gov. Tony Evers last week issued an order limiting capacity at many indoor places, including bars and restaurants. A judge earlier this week blocked that order in response to a lawsuit filed by the Tavern League of Wisconsin. Republican lawmakers and the conservative Wisconsin Institute for Law and Liberty have sued to end the statewide mask mandate.

Both lawsuits argue that Evers exceeded his authority with the orders.

As he has done since the pandemic began, Evers urged Republicans fighting him in court and everyone in the state to take the virus seriously and to work together to curb the spread.

“We can prevent deaths," Evers said. "I don't know how anyone in the state of Wisconsin can feel comfortable about saying 'What the hell, I don't care about preventing deaths.' That is unimaginable to me. So, we have to step it up.”

Resources to keep you informed about COVID-19

CLICK HERE to view the latest COVID-19 totals (updated daily at 2 p.m.) from the Wisconsin Department of Health Services.

CoronavirusNow.com: A Fox Television Stations initiative to provide you with the most up-to-date national and international news on COVID-19.Helpful phone numbers

Symptoms: Reported illnesses have ranged from mild symptoms to severe illness and death for confirmed coronavirus disease 2019 (COVID-19) cases. These symptoms may appear 2-14 days after exposure (based on the incubation period of MERS-CoV viruses).