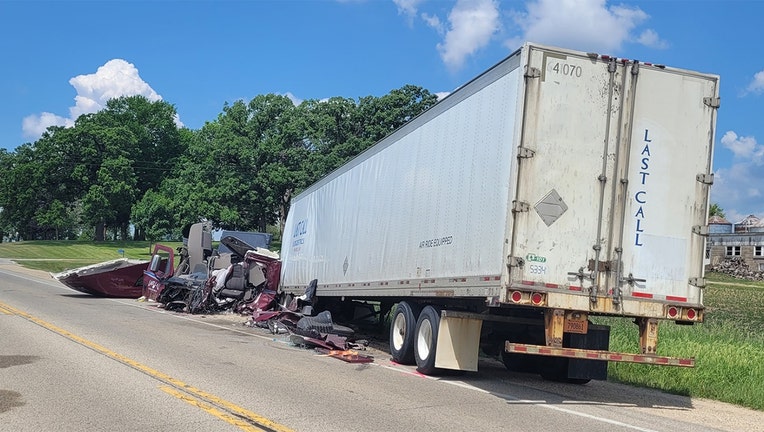 Officials said the crash happened between State Highway 26 and Horicon in the township of Oak Grove.

Preliminary investigation showed the dump truck, operated by a 67-year-old Campbellsport man, was stopped in the westbound lane for construction. The semi, driven by a 54-year-old Waupun man, hit the dump truck.

The 54-year-old was taken to the hospital with severe injuries. The driver of the dump truck was not injured.

State Highway 33 fully reopened around 3:50 p.m., according to the Wisconsin Department of Transporation; it had closed around 9:45 a.m.