HORICON, Wis. - A Horicon man who said he spotted five cougars outside his home early Friday morning – fabricated the story with photos from a Salt Lake City news source, according to Horicon police Saturday morning.

In a Facebook post, Horicon police say the photos were from a 2018 article on cougar sightings in Salt Lake City. A reverse image search on Google also shows the photo's origin. 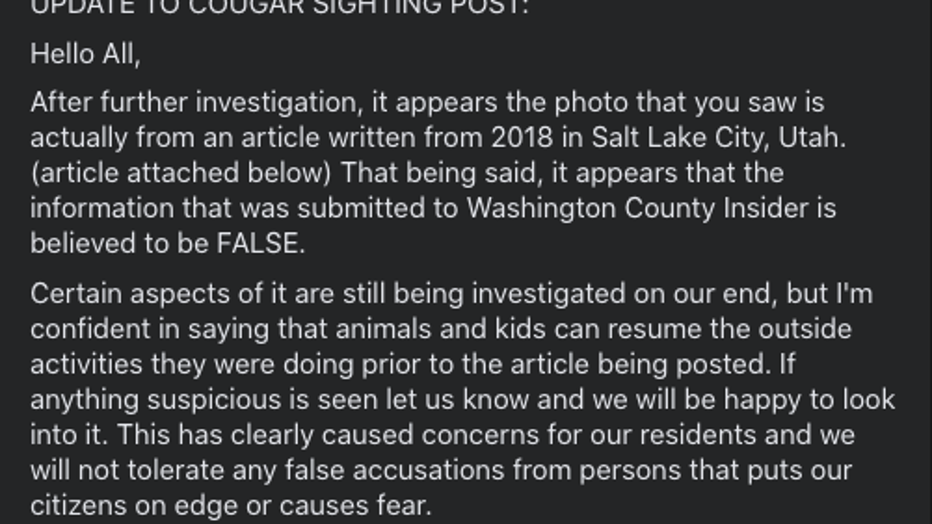 Police say there is no threat of cougars to Horicon residents and their pets.

Police are continuing to investigate.

The sighting happened in a quiet neighborhood off City View Boulevard, making neighbors think twice about letting children and small pets outside.

"I’m like you guys, you’re gonna stay inside now, because, like, no," said neighbor Shawna Johnson. "The cornfield is right behind our house, and you can’t see if anything is in there or not so I didn’t want them getting hurt."

The cougars were said to have been spotted in and around a cornfield. Experts with the Wisconsin Department of Natural Resources said it is highly unusual to see so many of the animals in one place at the same time.

"The five together is certainly unusual, I would say, extremely unusual for mountain lions. They are generally a solitary animal. Unless it’s a female with cubs, or her kittens, they are going to be by their selves," said Randy Johnson, a Wisconsin DNR large carnivore specialist. 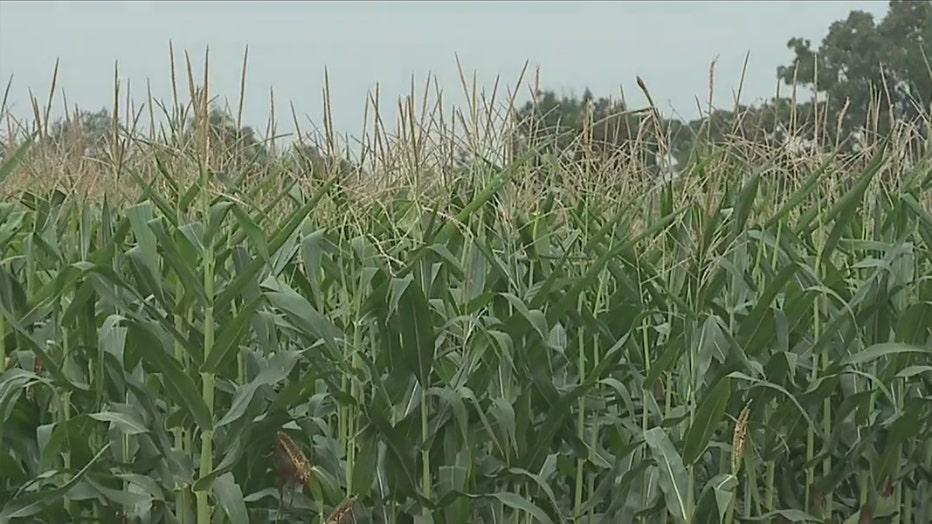 The Wisconsin DNR has never confirmed a wild, female cougar sighting before.

"The closest repopulating mountain lion populations are in the Dakotas and Nebraska," said Randy Johnson. "The ones we have been able to track in the state are transient young males and they are here today gone tomorrow. No cause for concern.

"They strike out on their own and they can cover hundreds of miles. Those are the ones making it here to Wisconsin."

Shawna Johnson said she's keeping the kids in the house for now.

"I’ve heard of other places having sightings, but not here. And then it was our subdivision so I’m like, yeah you guys are staying inside," she said.

Experts advise families in the area to secure their trash and keep an eye on small pets and children.

The DNR said it is able to confirm 10-15 cougar sightings per year, receiving many other reported sightings. The Horicon sighting is still under investigation.

Doctors and law enforcement agree it's a miracle a father and son are alive after a home explosion on July 23 in Washington County. They continue to recover as the family turns to the community for help, with their medical bills only expected to grow.

The Wisconsin Humane Society 104 cats from a single home – more than 50 of the animals had been surrendered in early July.

The mission of the Old World Wisconsin museum is to showcase the old coming together with the new. Soon you’ll be able to fully experience the history of beer in Wisconsin.