A FOX6 investigation finds one in five defendants charged with homicide in Milwaukee County in 2021 was out on bond for another felony.

MILWAUKEE - One out of every five suspects charged with killing – or trying to kill – someone else in Milwaukee County so far this year was already out on bond for another felony crime. And more than half of those pending cases were violent.

The FOX6 Investigators reviewed 117 homicide and attempted homicide cases filed between Jan. 1 and Dec. 10, 2021. The review was prompted by the "inappropriately low" bail cited by Milwaukee County District Attorney John Chisholm that allowed 39-year-old Darrell Brooks to get out of jail days before he's accused of barreling through the Waukesha Christmas Parade.

Chisholm called the $1,000 bail for Brooks his office recommended on Nov, 5 a "mistake," which he blamed on a young assistant district attorney who was overloaded with cases.

"This is a system issue right now," Chisholm said during his first and only interview with reporters since the parade incident. "And it’s only going to get worse." 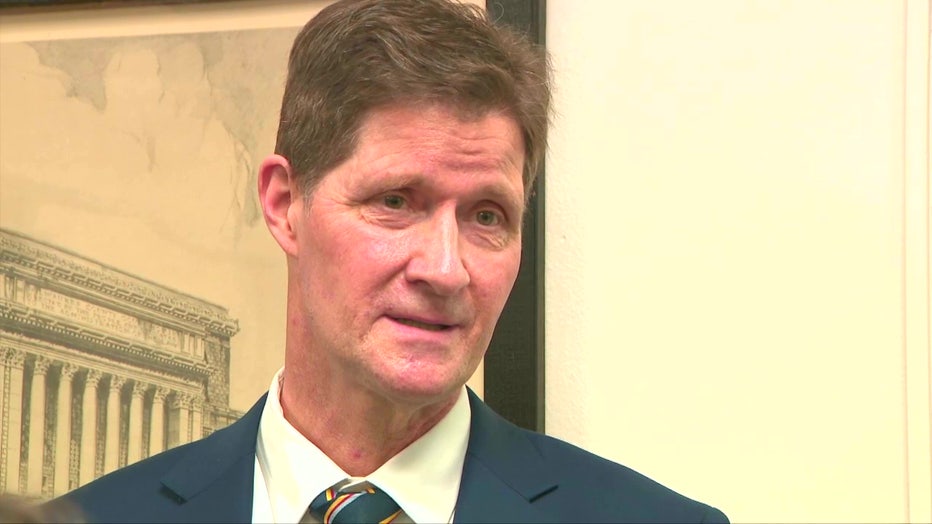 Since the parade attack, a growing chorus of conservative voices has called for Chisholm's resignation or removal from office.

Allen was walking in the parade on Nov. 21 when Brooks allegedly killed six people and injured more than 60 others by driving his mother's 2010 Ford Escape straight down the parade route.

Chisholm brushes aside those calls to step down.

"When there are tough things that occur, the response shouldn’t be to quit," Chisholm said.

But Brooks is hardly the only violent criminal released before trial and then accused of an escalation of violence that turned deadly.

"Is it possible that other cases like that have happened in the past?" Chisholm asked. "It’s always possible."

Through Dec. 10 of this year, Chisholm's office charged 117 people with homicide or attempted homicide. A FOX6 investigation found 25 of those 117 defendants were already free on a bail bond for a pending felony. That is roughly one out of every five.

Of those 25 accused killers (and attempted killers) out on bond, more than half (13) had pending felonies that involved violence. And at least six (6) posted bonds of $1,000 or less before they were charged with engaging in deadly violence. 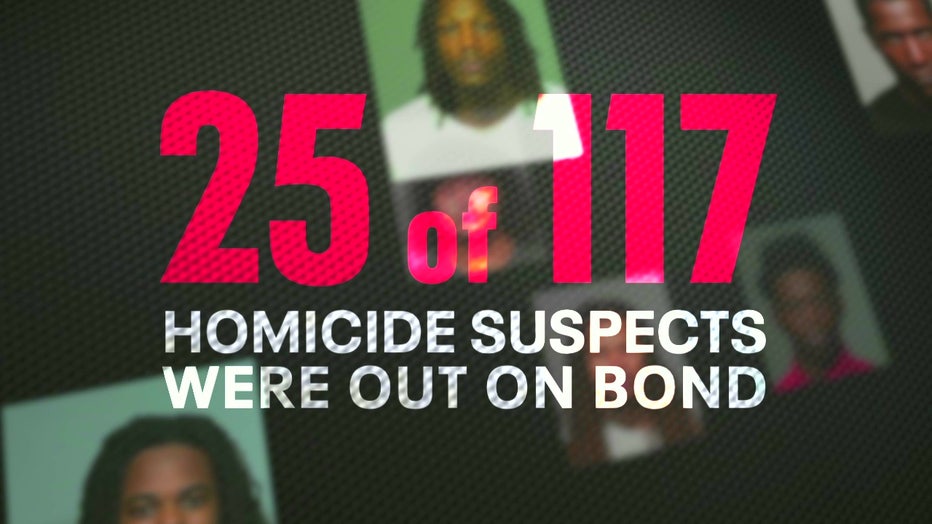 In fact, George Reel was already convicted of killing someone just five years ago. The fatal hit-and-run from 2016 earned him probation, rather than prison time. When Reel was charged with leading police on a high-speed chase in 2020, his bond was set at $3,000. He posted it, got out, and kept driving. On New Year's Eve 2020, police say Reel blew through a red light at 60th and Burleigh, causing a crash that sent another car through the air. It landed on 36-year-old Arthur Baker, who was standing in the median. Baker was killed.

Demetrius Pearson was charged in 2019 with shooting at a friend who refused to go on a food run with him. His bond was set at $10,000 and then later reduced to $1,000 when case backlogs delayed his trial. Pearson paid the $1,000 and three days later, removed his GPS bracelet and went off the grid. Ten months later, police say Pearson shot and wounded an ex-girlfriend after threatening to kill her.

But there's hardly a more troubling example than that of Dequan McMillon. He was charged in 2019 with running from police while in possession of cocaine, meth, and a gun. The state recommended $5,000 cash bail. Court Commissioner Maria Dorsey agreed to the $5,000 amount but made it a signature bond -- which means the defendant did not have to pay anything to get out of jail.

In November 2020, while still out on the 2019 bail bond, prosecutors say McMillon punched the mother of his children in the face, pulled her hair, and choked her until she blacked out. The violent attack stunned the victim's great aunt, Eva McClinton.

"We didn’t know he was doing all these things to her," McClinton said. 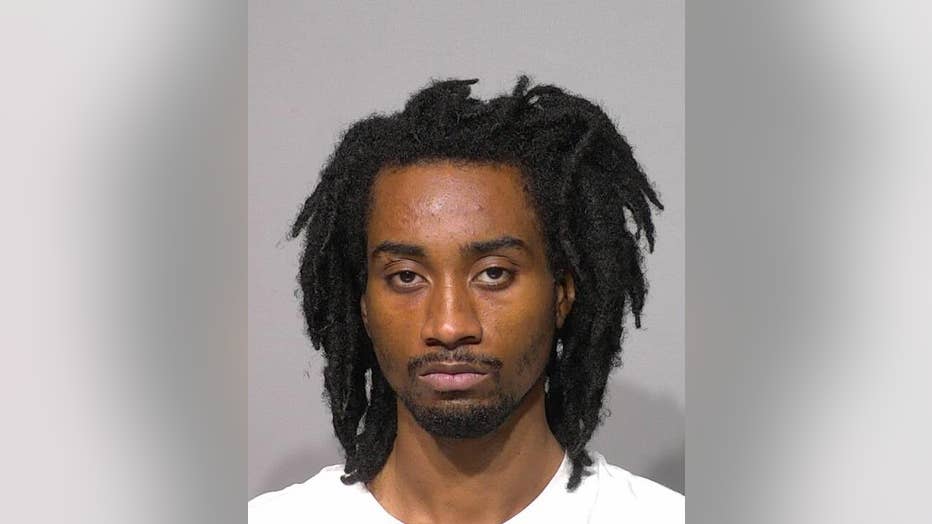 Dequan McMillon was free on bond for two separate felony cases in 2019 (signature bond) and 2020 ($250 bond) when he was accused of shooting his children's mother to death in June 2021.

McMillon was charged with strangulation, battery, and bail jumping. This time, Assistant District Attorney Carole Manchester recommended $500 cash bail – just 10% of the $5,000 the state had recommended a year earlier.

A digital recording of the hearing obtained by FOX6 News includes the following exchange between the defendant and his attorney, Darryl Everett Smith:

A relative posted McMillon's $250 bail and once again, he was released.

With both the 2019 and 2020 felony cases still pending, police say McMillon struck again on June 13, 2021. This time, he's accused of shooting 23-year-old Brittany Meyer to death – the same woman he was charged with strangling and brutalizing seven months earlier. According to a criminal complaint, witnesses heard children screaming. The couple had two young children together.

"They keep saying, ‘Where mommy at? Where mommy?'" said McClinton. "How do you explain that to real young kids?"

"There’s always a risk," Chisholm said. "This is a risk-based system."

Prosecutors should have known McMillon was a risk. According to a pre-trial risk assessment prepared by a county contractor known as Justice Point, McMillon was a level 4 risk out of 6 for failure to appear for court. He was a level 5 risk out of 6 to commit a new crime while out on bail. The combination placed him on the borderline of a red-shaded area of the risk matrix, which indicates defendants who pose the greatest risk on pre-trial release.

"For them to let him get out on other charges, knowing that he was dangerous," McClinton said. "We don’t understand that."

"You’re concerned that maybe that person is going to go and do something," Chisholm said. "But that is our system."

It is not just about low bail. Even defendants with relatively high bail can get out if they have access to cash. For instance, Daniel Thomas posted $20,000 bail last year after he was charged in a drive-by shooting. This year, he was arrested for shooting another man to death.

That is why State Rep. Evan Goyke (D-Milwaukee) wants to eliminate cash bail in Wisconsin altogether.

Under current Wisconsin law, the primary purpose of bail is to ensure a defendant's appearance in court. 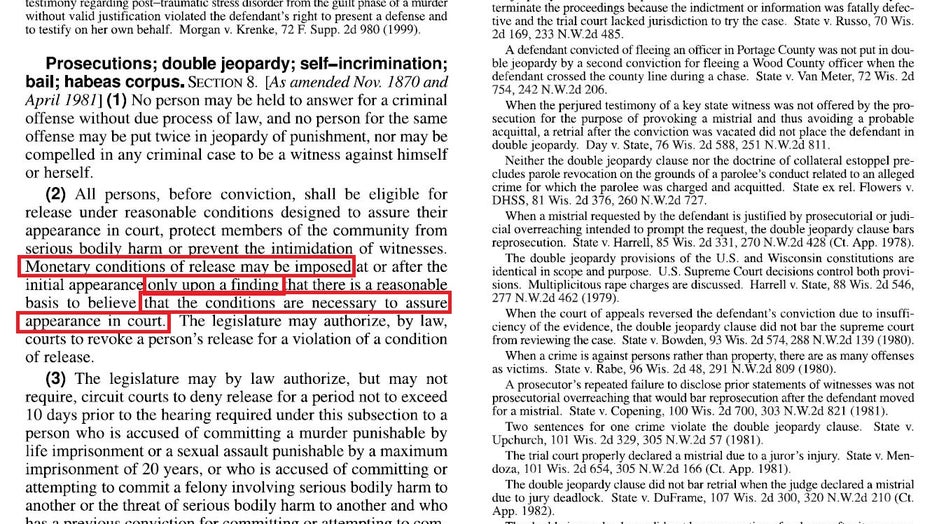 Public safety is secondary, if it's considered at all. Goyke wants to flip that system on its head.

So does Brett Tolman.

"Does this individual pose a threat to anyone in the community?" asked Tolman. "If the answer is yes, then you hold them."

The former US Attorney from Utah is now Executive Director of Right on Crime, a criminal justice reform initiative of the Texas Public Policy Foundation.

"You think there ought to be more attention paid to the danger someone poses than the amount they can pay," said FOX6 Investigator Bryan Polcyn. 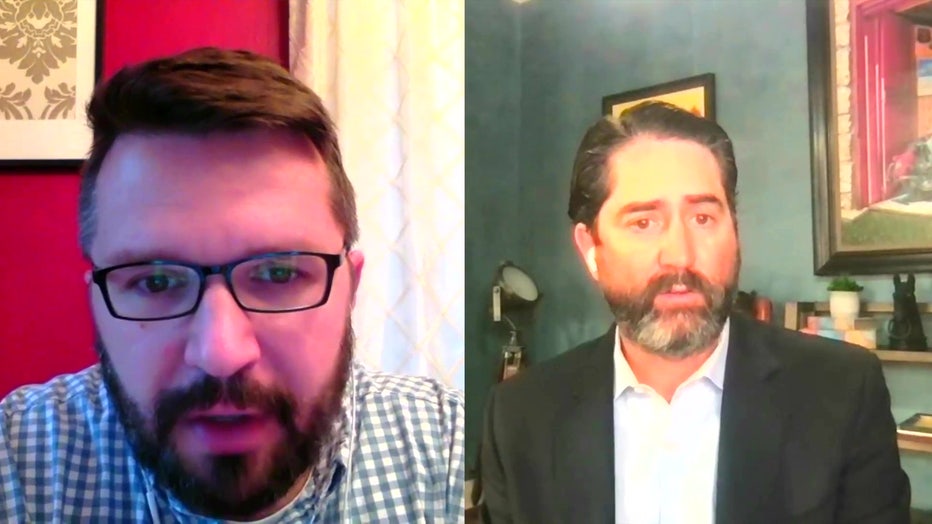 State Rep. Evan Goyke (a Democrat) and Brett Tolman of Right on Crime (a conservative) both want to replace cash bail with a system that allows for pre-trial detention of dangerous individuals.

Both Tolman (a conservative) and Goyke (a Democrat) want to create a system that allows for pre-trial detention based on public safety risk. It is a system they say that could have kept Darrell Brooks behind bars instead of behind the wheel, barreling through a parade.

"It’s very tragic because it could have been avoided," Tolman said.

It is a system that might have saved Brittany Meyer's life.

"She would still be here," McClinton said. "And we wouldn’t be going through this heartache."

The Chief Deputy District Attorney in Milwaukee County, Kent Lovern, tells FOX6 News that throughout 2020, the county jail population was reduced to allow for single-cell placements due to COVID-19. At the same time, the state halted the movement of people from county jails to state facilities. He wrote nothing further, but the statements suggest that there was institutional pressure to release defendants pre-trial.

As for the cases we've profiled in this story, Lovern provided the following information:

November 2020 – June 2021 -- Defendant complies with all conditions of bail release.

Case 2020-CF-004424 – State issued Felony Bail Jumping charge for defendant cutting off bracelet. Arrest warrant issued in December 2020 and was in effect when he was ultimately arrested in September 2021 for latest criminal offense.

16-year-old juvenile charged as an adult in November 2020. The State requested cash bail of $1,000; Court set $750 cash bail. This incident was his first offense as a juvenile.