WHITEFISH BAY, Wis. - With many people feeling a bit of letdown this holiday season, one Whitefish Bay family wanted to give back this year in a way to light up the hearts of neighbors and strangers as the community rounds out this difficult year of 2020.

"This year is really about 2020 and how to bring some positivity and cheer," said Matt Ausman.

Matt and Christine Ausman set up an elaborate light show in their yard on East Circle Drive, synchronized to music they put out on a radio transmitter on channel 99.5.

Every night, families are invited to park in front, tune into the music and watch the spectacular show designed by Matt.

"What you see is four years in the making. It’s probably 1,000 hours of work and a whole bunch of effort," Matt said. "Like a lot of hobbies, you get a little addicted to it." 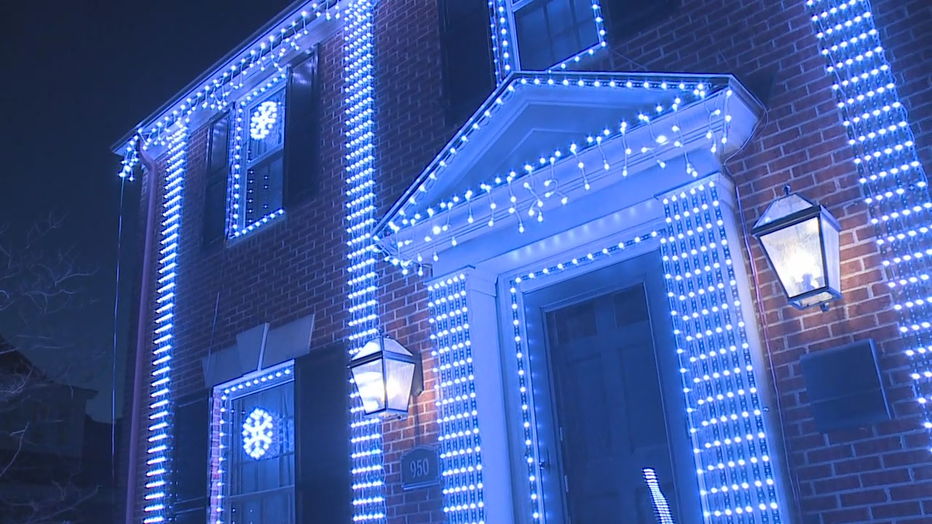 Kelly Kloak brought her children to see the show.

"We come every single night around this time. It’s a lot of fun for them and it's fun for us too," said Kloak. 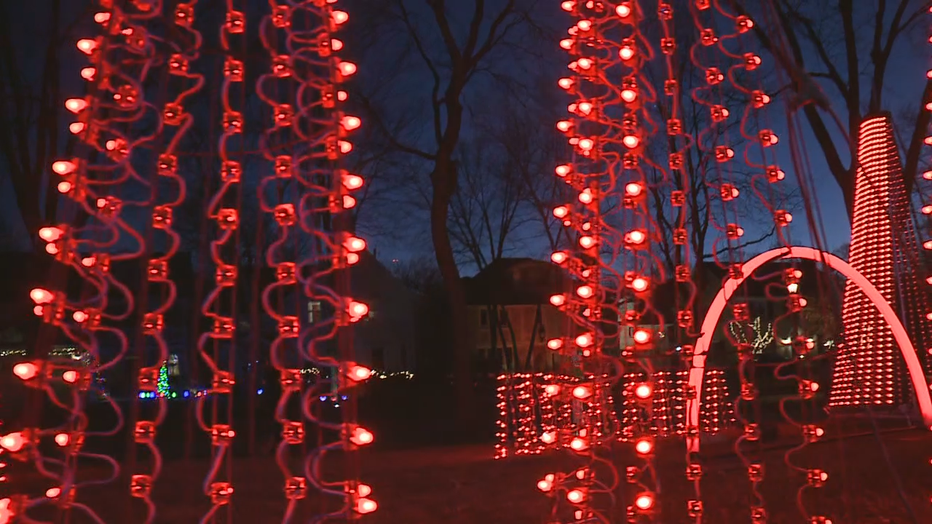 It is the second year the Ausmans have decorated their home in a way that puts other light displays in the area to shame. The show is free of cost, but last year, spectators left presents with the family as a thank you.

"Last year we received so many gifts and letters and cookies and other things that were so meaningful and so sweet," said Christine. "This year we thought it would be, how great would it be to have everybody give to something that might mean something to them." 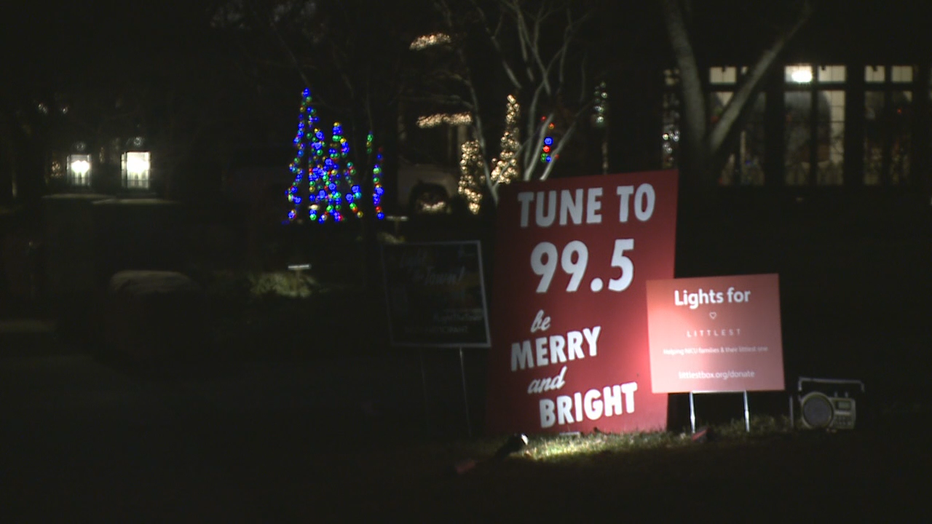 This year’s show is supporting a cause close to the couple’s hearts. They started a non-profit organization called "The Littlest" after their own twin daughters were born premature three-and-a-half years ago.

"I went into the hospital at 27 weeks pregnant with twins. My water broke early and we ended up having them 28 weeks on the day," Christine said. 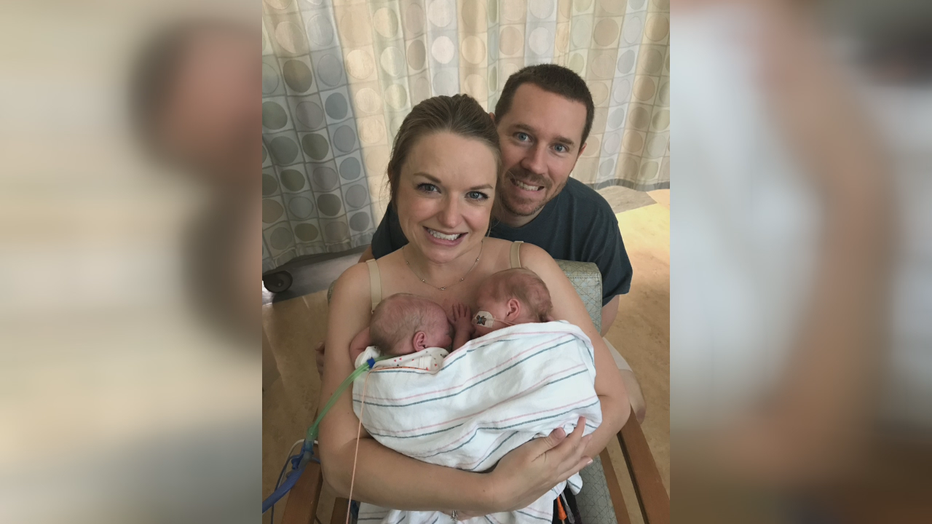 Daughters Emme and Addi were born weighing just over 2 pounds.

"It just took my breath away because I couldn’t believe that our girls could ever be that small," Christine said. 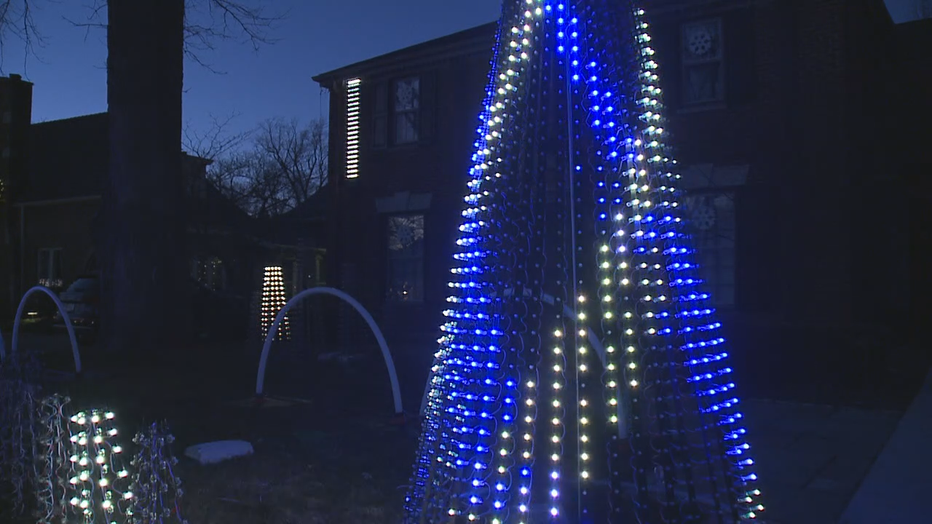 Staying positive through a difficult time had its challenges.

"Sometimes you go in and you put them on your chest and they wouldn’t breathe well and after five minutes it’s, 'OK, you got to leave,'" Matt said. 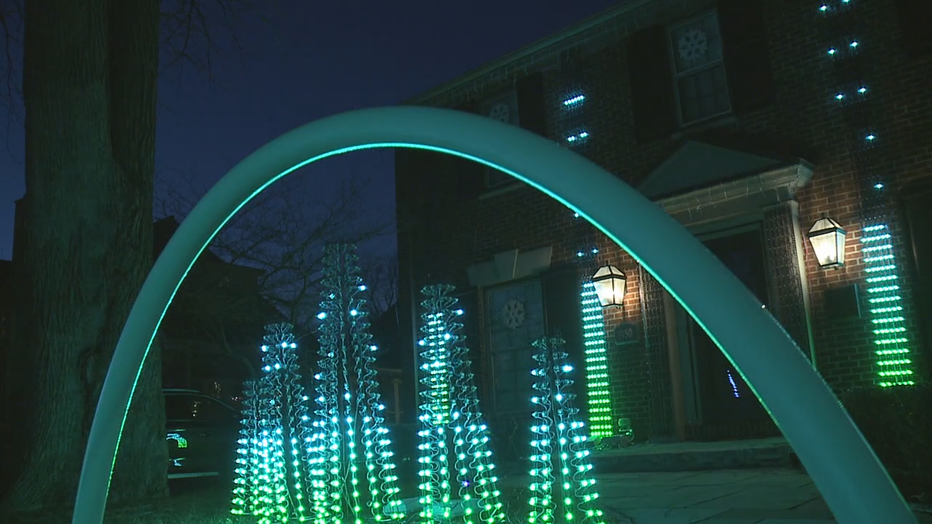 The girls grew and graduated from the NICU to the bouncing, healthy toddlers they are now. Today, the family makes boxes full of gifts for parents who unexpectedly find themselves in the NICU.

"We wanted to include everything that we thought we would have wanted back then," said Christine, "to help guide them through the NICU and make it a memorable experience, not necessarily a scary one all of the time."

The couple has made more than 100 boxes. Matt and Christine decided this year, to place a small sign next to their light display asking for donations in lieu of gifts. They've raised more than $1,000 in donations from their front yard display so far this season.

"I think we all feel good giving," said Christine.

Valued at more than $1,800, it is a donation the Salvation Army was grateful to receive this year.

Donations stream in after fire rips through Delafield home

The family's homeowners insurance had just expired, but they have experienced an outpouring of support as they look ahead.