A storm system is expected to bring several inches of rain to parts of the Southern Plains and Southeast over the next several days.

A slow-moving front draped over the southern United States will trigger several rounds of heavy rain and thunderstorms into the workweek that could trigger flash flooding across the region.

The rounds of heavy rain begin on Sunday, and by the middle of the week, parts of eastern Texas and Louisiana could see rain totals of more than 4 inches.

And according to the FOX Forecast Center, due to the abundant moisture, any storms that develop could be slow moving and capable of producing torrential rain. 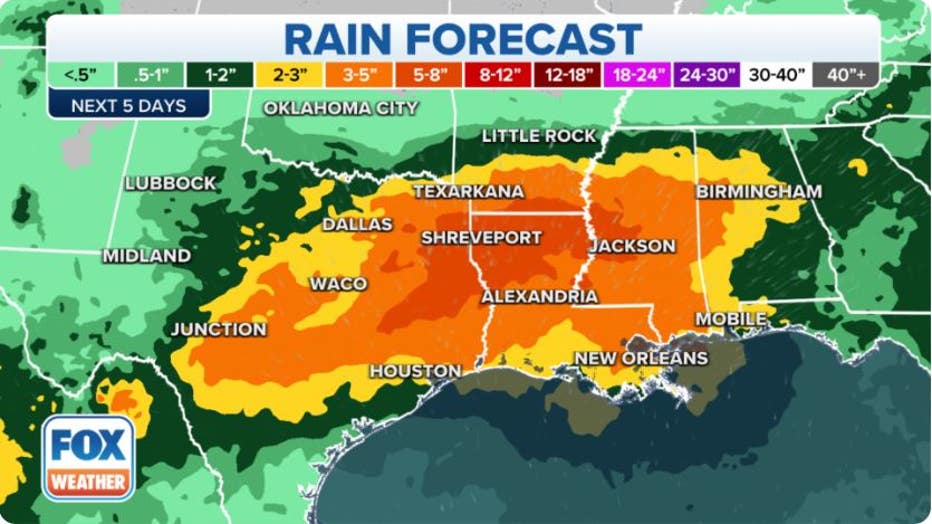 The rain forecast over the next five days.(FOX Weather)

Flood Watches have been issued for parts of eastern Texas, southern Oklahoma, northern Louisiana and southwestern Arkansas through at least Monday night.

The Dallas-Ft. Worth metro is one major city in Texas in the zone for flash flooding over the next few days.

Forecast models show some areas could see between 5 and 8 inches of rain in some communities in higher elevations. 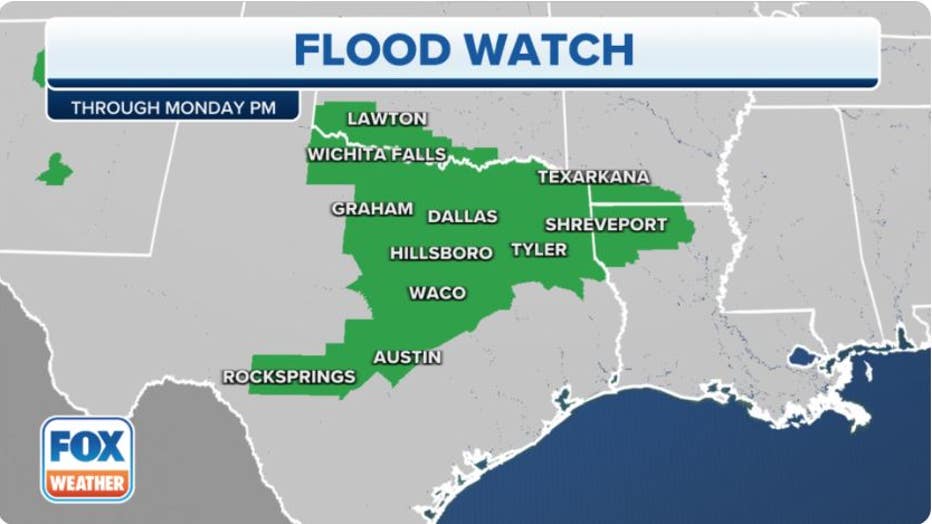 "We’ve got the chance for some flash flooding out here," FOX Weather meteorologist Craig Herrera said. "Overall, in general, we’re expecting about 1 to 2 inches of rain from these storms, but portions of Texas and Louisiana as much as four maybe even six inches of rain expected right through Monday."

The National Weather Service Office believes that some heavy rainfall will cause flash flooding in poor-drainage areas and could cause creeks, streams and rivers to rise out of their banks quickly. 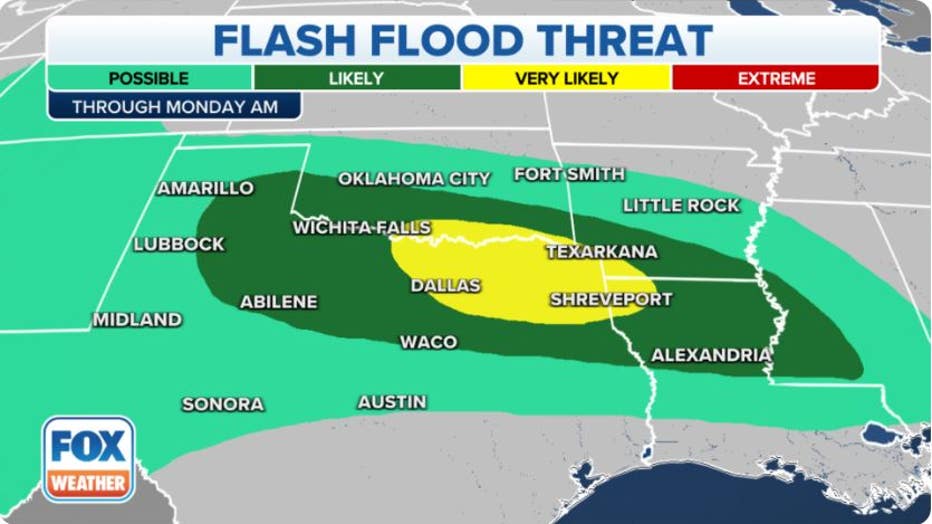 The flash flood threat on Sunday and Monday. (FOX Weather)

The flood threat exists despite the region being in desperate need of rainfall.

More than 60 percent of Texas and more than half of Oklahoma are dealing with extreme drought conditions.

PLAN, PREPARE, PROTECT: HOW TO BEST COVER YOUR PROPERTY AGAINST FLOODS 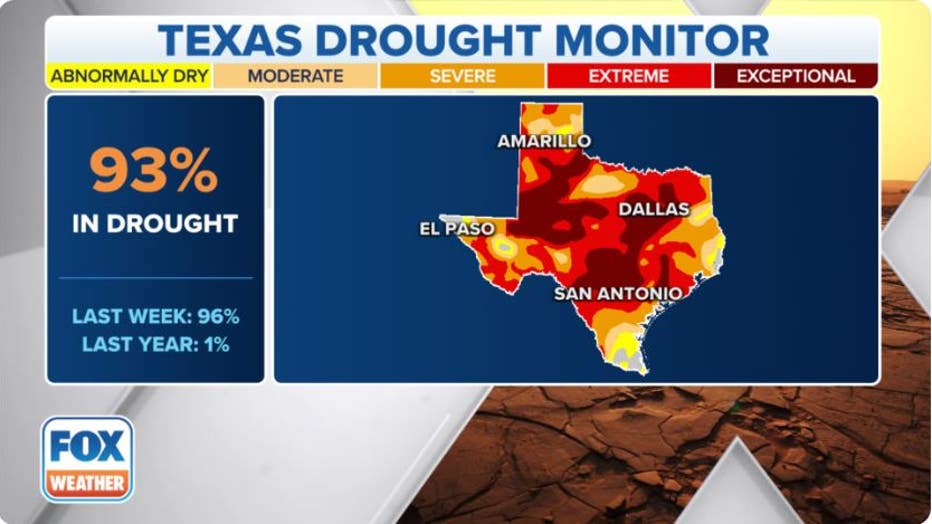 If too much rain falls in too little time, the NWS says the ground may have difficulty absorbing the water, leading to runoff and flash flooding.

The FOX Forecast Center reminds motorists to never drive on flooded roadways and to stay away from basements and rooms that are below ground level during heavy rainfall events.

In addition to the rain threat, a few storms may be strong and produce gusty winds and plenty of lightning.