With their new headquarters, Heartland Produce becomes the first tenant of the Greenway Development – located on the site of the former Dairyland Greyhound Park.

"Last time I was standing in this general area I was losing money at the dog track. This is a much better day," Gov. Evers said. 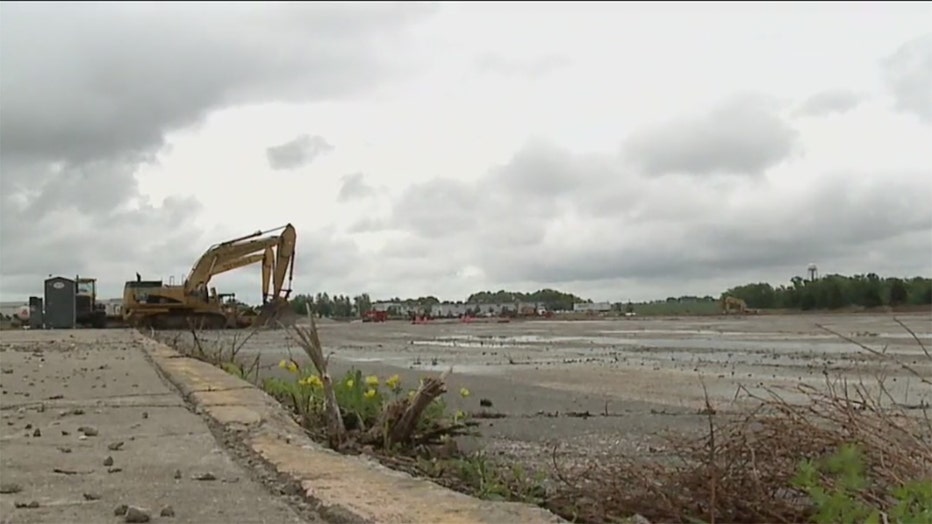 Construction on the Greenway Development – located on the site of the former Dairyland Greyhound Park.

The 31-acre Greenway Development will eventually feature about 1.6 million square feet of industrial space, 117,000 square feet of commercial and retail space and multi-family housing for almost 432 families, the governor added.

"The first half of this section is being used for industrial, the western part is residential because of the wetlands and everything else it creates a wonderful natural flow. So we’re excited about the project," Kenosha Mayor John Antaramian said.

According to a news release, the Heartland Produce project includes the construction of a 205,000-square-foot, state-of-the-art produce distribution facility with room for future expansion. During the COVID-19 pandemic, the company saw increased demand, and the new facility will give Heartland Produce room to create additional fruit and vegetable ripening rooms to increase production.

"It’s going to give us the opportunity to serve our customers better, to expand our product line and keep consumers in Wisconsin eating good, healthy, produce everyday," said William Dietz, Heartland Produce president.

The company is expecting to create 40 full-time jobs with average wages above $28 per hour. Early estimates suggest people can expect the facility to be operational in 2022.

The third-generation, family-owned business started in 1989 in Elgin, Illinois, but moved to Kenosha in 1994.

Wisconsin’s unemployment rate remained at 3.9% in June for the third month in a row, the state Department of Workforce Development reported Thursday.