As Wisconsin prepares to open up vaccine eligibility, thousands are on waiting lists at local health departments.

MILWAUKEE - As Wisconsin prepares to open up vaccine eligibility to more people, thousands are still on waiting lists at local health departments. In some counties, appointments are filling up within minutes. In one case, a website crashed.

Deborah Santacroce has been trying to make a COVID-19 vaccine appointment for her 74-year-old mother, Alice Netz. For the last two weeks, going online in search of appointments has become part of Santacroce’s daily routine.

Santacroce tried reaching out to her mom’s doctor, pharmacy, and health department.

"I got nothing," said Santacroce. 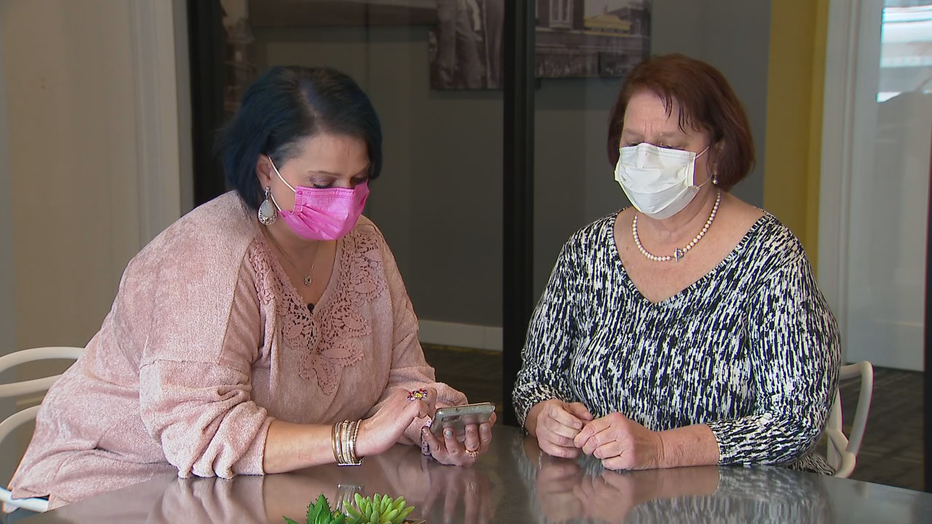 Demand for the vaccine outweighs supply almost everywhere you look.

"I think weeks, maybe months, it will still be an imbalance," said Tyler Weber, interim officer at the Washington Ozaukee Public Health Department.

Weber’s department is asking the state for 2,000 first doses per week. What it has received so far has been much less. 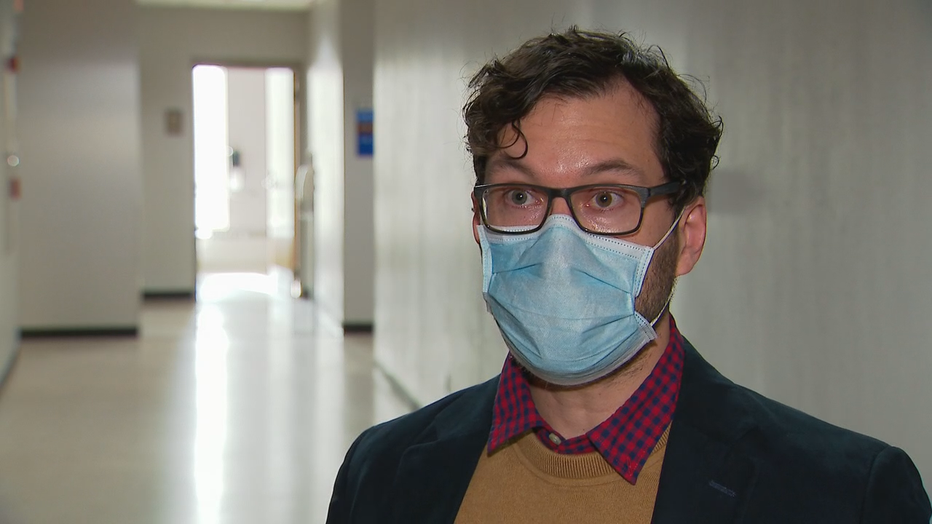 On February 1st, the Waukesha Ozaukee Public Health Department posted an online link for vaccine registration. That morning, 40,000 to 50,000 people visited the website.

When the department tried again, two weeks later, more than 7,500 people visited the website when the link was posted. Registration was full within 60 seconds. 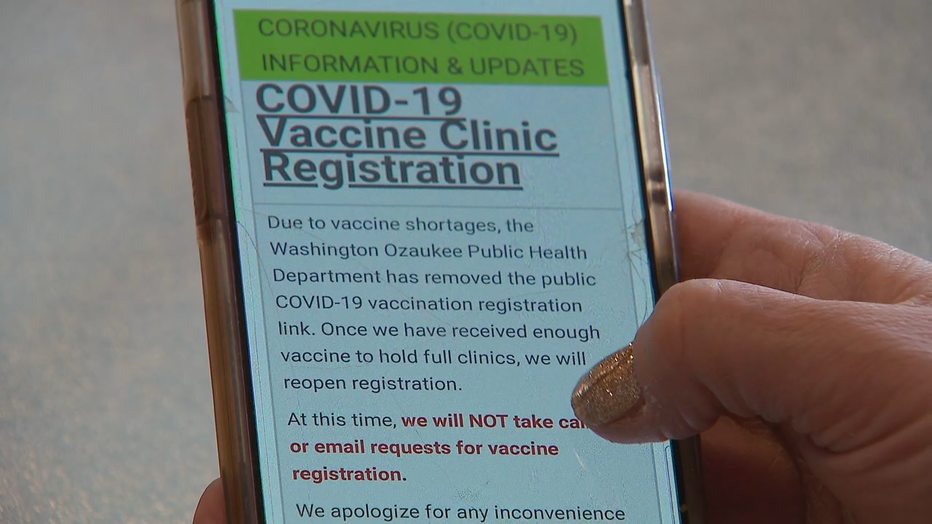 "All of this is really frustrating," Santacroce told Contact 6.

Limited vaccine supply is not a unique problem for a health department. On Monday, Waukesha County Public Health had a running waitlist of more than 13,000 people.

"We have received 2,500 doses, a fraction of what we have ordered," said Linda Wickstrom, public information officer for Waukesha County Department of Health and Human Services, in an email to FOX6. "Demand greatly outweighs supply." 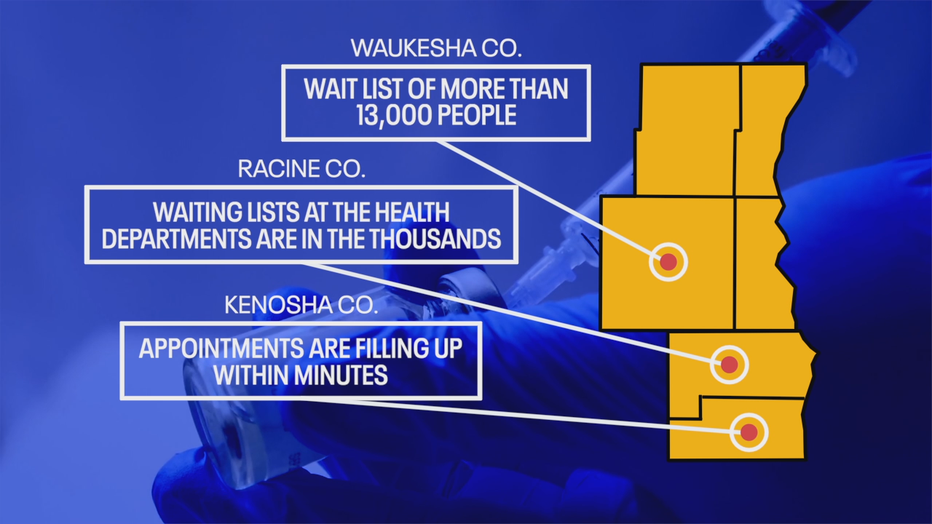 As of Thursday afternoon, Waukesha County scheduled another 3,000 appointments. A health official told Contact 6 that as they went down the waiting list, they discovered many people had found vaccines elsewhere. The county will be starting a new waiting list.

In Racine County, appointments are generally booked up within hours of being released.

"Demand has been far greater than supply," said Mark Schaaf, communications and media relations director for Racine County. "Waiting lists at the health departments are in the thousands, while the amount of vaccine allocated has typically been in the hundreds per week." 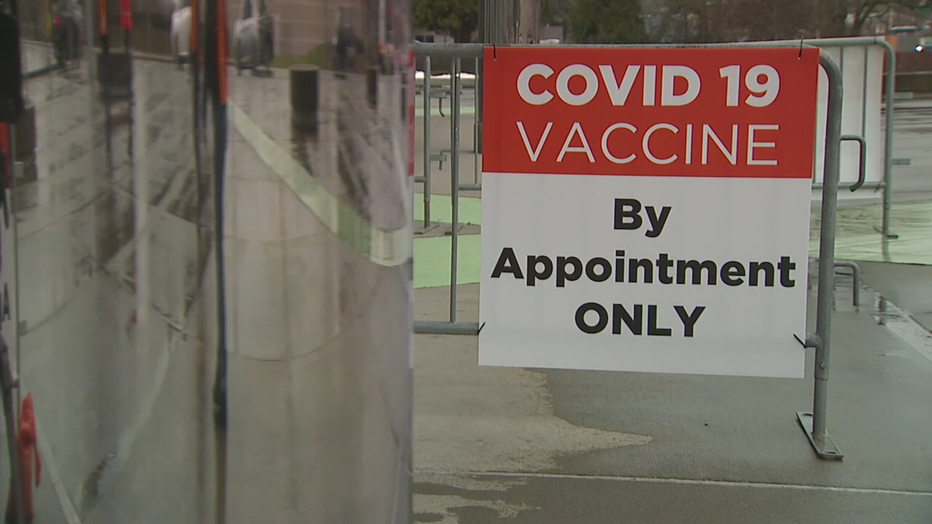 Dr. Jen Freiheit is the director/health officer for the Kenosha County Division of Health.

"Appointments are filling up within minutes of them being added to the reservation system," said Freiheit, in response to Contact 6.

Jeff Fleming, the spokesperson for the Milwaukee Health Department, says it’s clear many more people want the vaccine than there is available supply. He anticipates that will continue.

"Initially, the slots [for appointments] were filling up instantaneously," said Fleming. "They are still filling up fast." 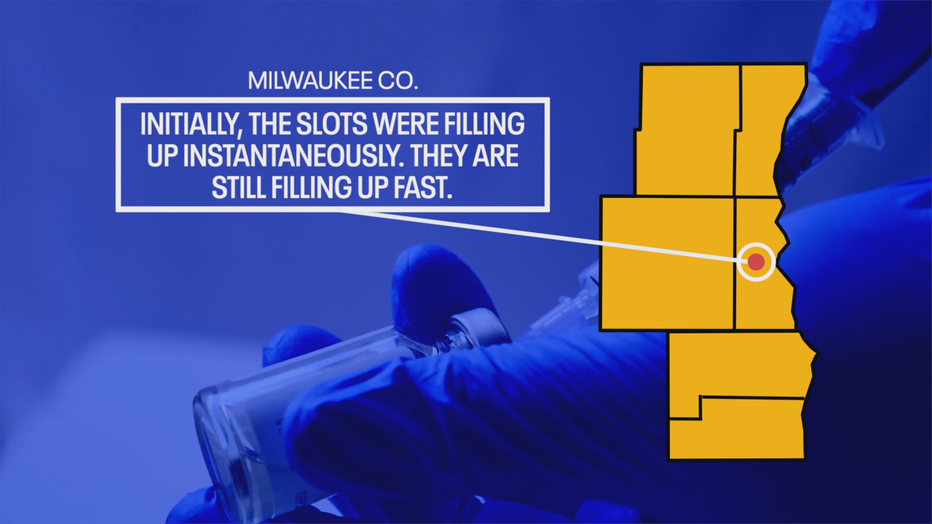 This week, Wisconsin is getting 115,000 first doses of the vaccine from the federal government. It’s a 64% increase from mid-January but not enough to fulfill all requests from vaccinators.

"We had over 500 vaccine providers request 350,000 doses last week, so we will continue to advocate for more allotment,’ said Julie Willems Van Dijk, deputy secretary of the Wisconsin Department of Health Services.

So far, in every southeast Wisconsin county, more than 40% of residents over the age of 65 have gotten at least one dose of the vaccine. 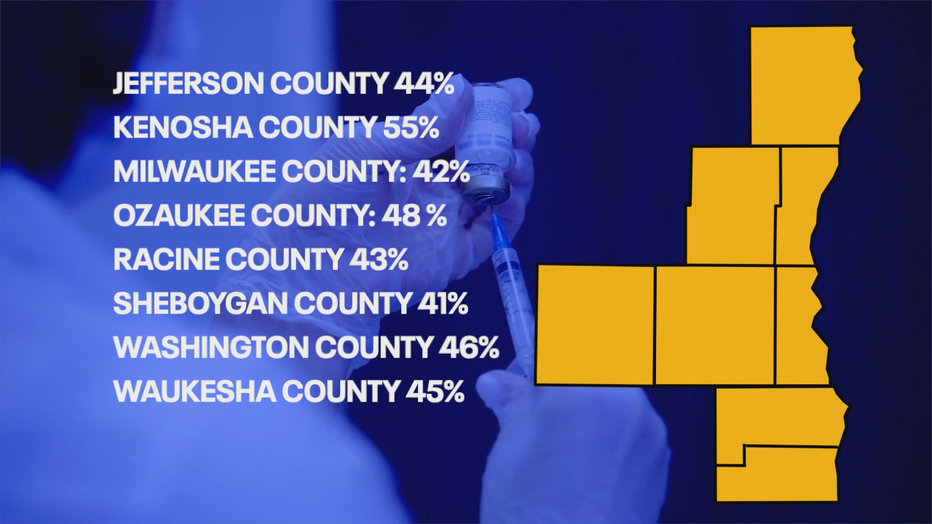 "It is frustrating, but if you want that vaccine, you will get it. It's only a matter of time," said Weber.

The Washington Ozaukee Public Health Department has taken down its online registration. Instead, it’s prioritizing a list of 1,200 people who are either eligible in Phase 1a, or are over 65-years-old and have difficulty navigating the internet.

Santacroce thinks her mother should be on that list, because she has Lupus and COPD. Contact 6 notified Santacroce of a walk-up vaccination event at Hayat Pharmacy on Thursday and Santacroce said would take her mother.

One reason vaccine waiting lists may have thousands of names is because many people are on multiple lists. When health officials go down those lists, they may find many people are already vaccinated. For that reason, waiting may not take as long as people expect.

The Wisconsin Department of Health Services (DHS) on Thursday, Feb. 25 announced that new groups will be eligible for the COVID-19 vaccine starting March 1.

The number of positive cases of COVID-19 in Wisconsin rose by 840 Thursday, Feb. 25, according to the Wisconsin Department of Health Services, for a total of 562,151.

The Milwaukee Health Department announced on Thursday, Feb. 25 it will adjust the schedule for COVID-19 testing at American Family Field.