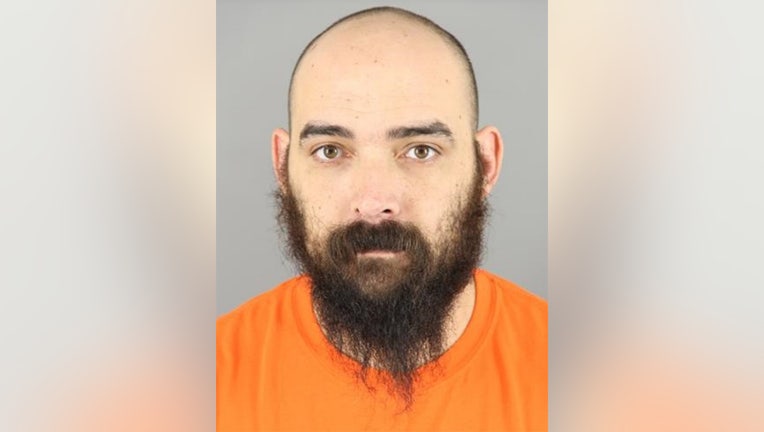 WAUKESHA, Wis. - Victor Lucero entered a not guilty plea on Monday, Feb. 14 to charges associated with a domestic incident at a Hartland residence on Jan. 30.

According to the criminal complaint, police were dispatched to a residence in the Village of Hartland around 2:30 a.m. on Jan. 30. A caller stated her husband, Lucero, had broken into the residence after she changed the locks. The woman indicated the day before, there had been a domestic incident where Lucero "had punched holes in the drywall and also playing with knives in front of her. The defendant had made statements that the police would have to shoot him." When Lucero left, the woman changed the locks on the residence.

The complaint says around 2:30 a.m. when Lucero "broke into the house," the woman and locked herself in a bedroom with her three children who were sleeping. The woman told the police dispatcher that "the defendant has prior military experience and that he usually carries throwing knives on him." 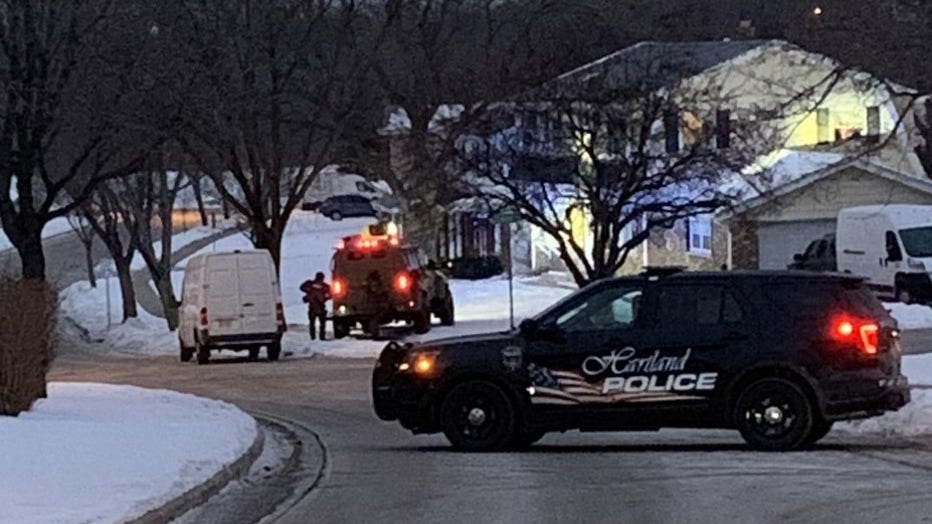 Scene near Hartridge and Imperial in Hartland.

When authorities arrived on the scene, dispatch was still on the phone with the woman. She was asked if she was able to leave the residence with her children. But the woman stated "she as not comfortable leaving as she did not know where the defendant was." The woman gave police permission to enter the residence.

A short time later, SWAT was dispatched to the residence -- and shortly after 5 a.m., the team safely evacuated the woman and her children from the home. The complaint says at 5:30 a.m., "a flash band was thrown into the residence without any response. "At 6 a.m., (SWAT) was able to identify the defendant in a bedroom on the second story of the residence. Another flash bang was deployed." Shortly before 7 a.m., police deployed gas into the residents -- and a few moments later, Lucero exited the residence where he was taken into custody.

Lucero was taken back to the police department and placed in a holding cell. The complaint says a detective "observed the defendant to appear very agitated, and he was kicking and thrashing around in the restraint chair. The defendant kept yelling at officers to shoot him."

Lucero is due back in court on Friday, Feb. 18 to a bail/bond hearing.

Fire crews were called to a home near Broadway and Racine in the City of Waukesha Sunday evening after a passerby noticed flames.

Devon Armour of Menasha was sentenced on Friday, Feb. 11 to 14 years in prison for his role in the death of a 3-year-old boy in Milwaukee last May.

Dane County and Madison public health officials said on Monday, Feb. 14 they will let its mask requirement for public indoor spaces to expire on March 1.

The suspect in a shooting that left five people injured in Racine early Sunday turned the gun on himself as officers approached, police said.