Is greenwashing sustainability or showmanship by companies?

Our lakeshore serves as a stark contrast to coastlines around the world -- littered with plastic.

RACINE, Wis. - Our lakeshore serves as a stark contrast to coastlines around the world -- littered with plastic.

"The health of our oceans are important to human life on this planet. 70% of the oxygen that we breathe comes from our oceans," said Fisk Johnson, the chairman and CEO of one of the world’s most recognizable companies, S.C. Johnson – which is headquartered in Racine.

Johnson is the fifth generation of his family leading the multi-billion dollar conglomerate.

"It’s a big issue and in my mind, one of the most important things that we can do to solve the issue is to improve collections systems in the developing parts of the world where they don’t have the infrastructure to collect garbage," Johnson said. 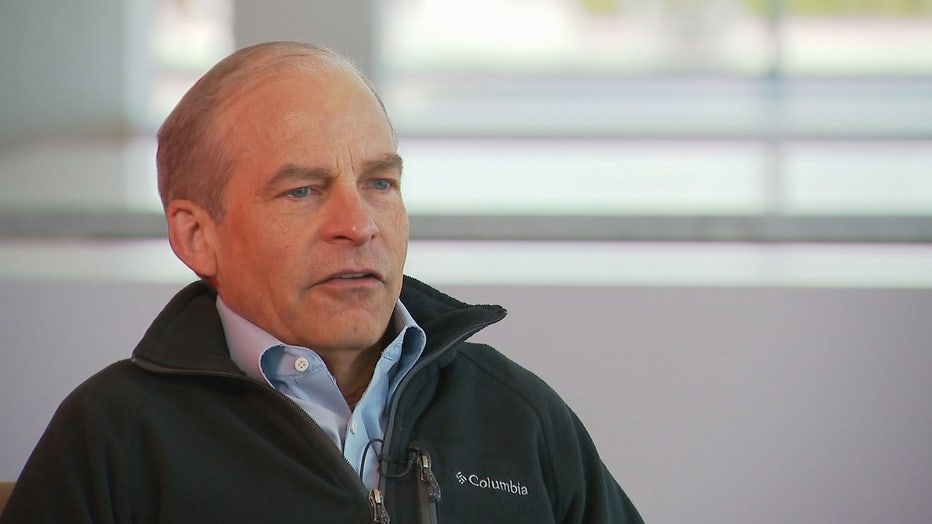 S.C. Johnson has partnered with a group called Plastic Bank. It pays people in places like the Philippines to pick up plastics on beaches and in rivers.  The partnership recently touted its one billionth bottle stopped from entering the ocean.

"We take that plastic and bring it back to the United States here and we recycle it back into our Windex bottles," said Johnson as he held a Windex bottle in his hand. On the label, it reads, made of ‘100% Ocean Bound Plastic.’ 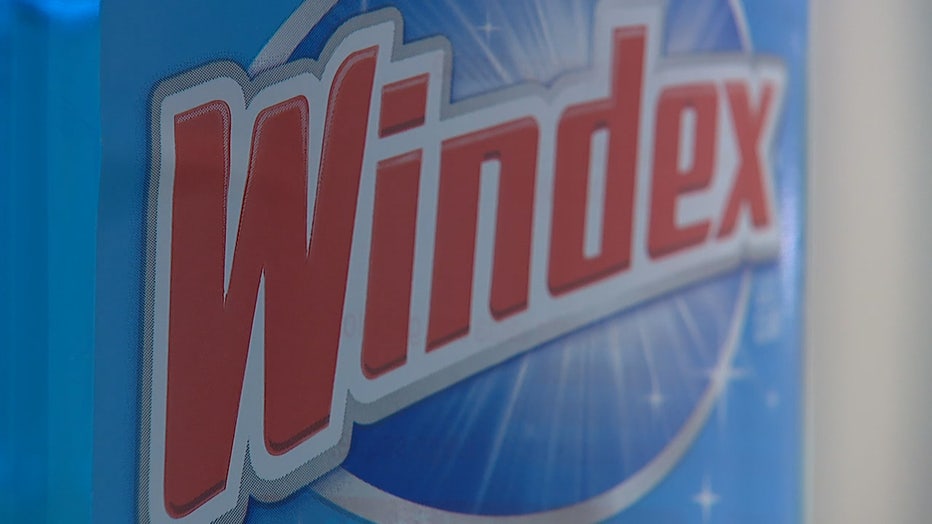 Windex is not the only brand finding new life from formally discarded plastic.

"It’s a great opportunity for the fans to be part of this recycling effort," said Steve Ethier, the Senior Vice President of Stadium Operations for the Milwaukee Brewers at American Family Field. 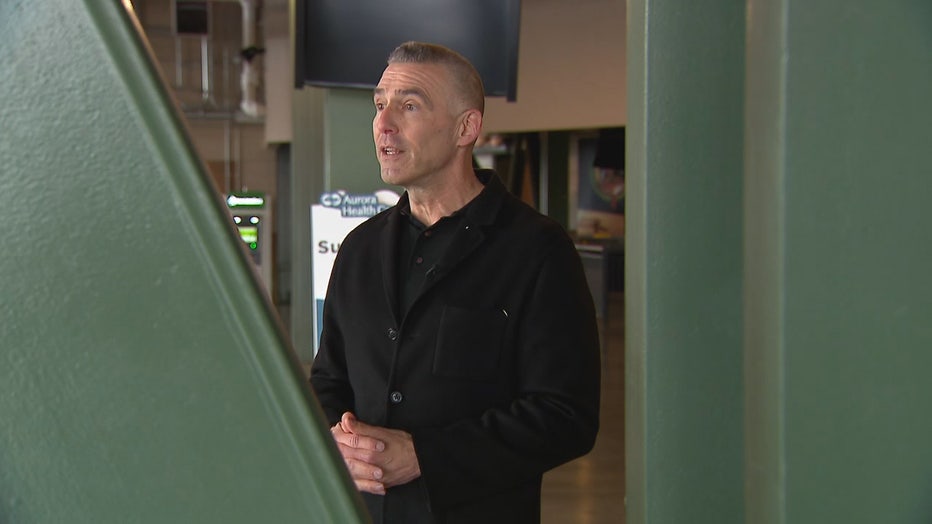 At the ballpark, fans are asked to drop their S.C. Johnson-branded cups into specially marked kiosks. The ballpark goes through 1.3 million plastic cups a season.

"We anticipate we’ll be able to make 500,000 Scrubbing Bubbles bottles out of the cups we collect during a season," added Johnson. 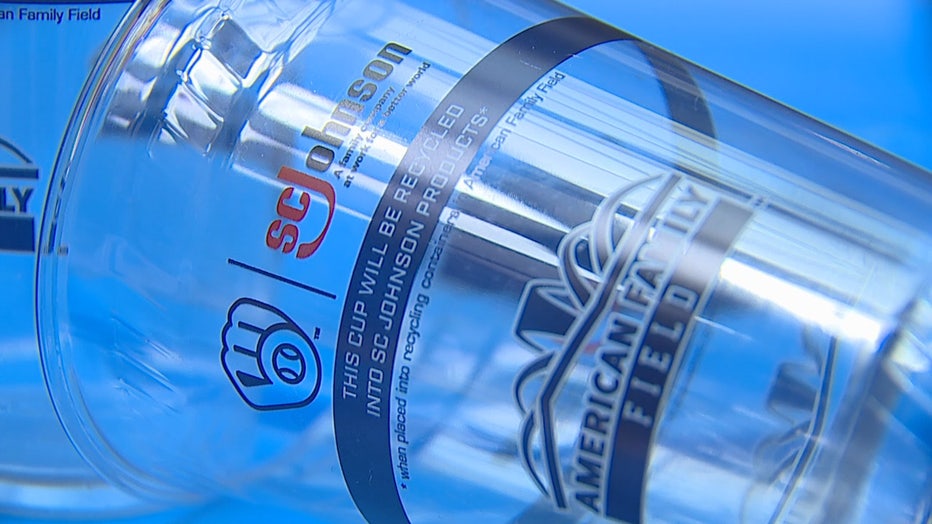 While S.C. Johnson promotes sustainability, critics say it is not enough – as evidenced in the parking lot of its new office building in Racine.

"If S.C. Johnson were serious about addressing the growing problem of plastic pollution, they would stop using plastic," explained Judith Enck, the president of Beyond Plastics and former Regional Administrator for the Environmental Protection Agency (EPA). 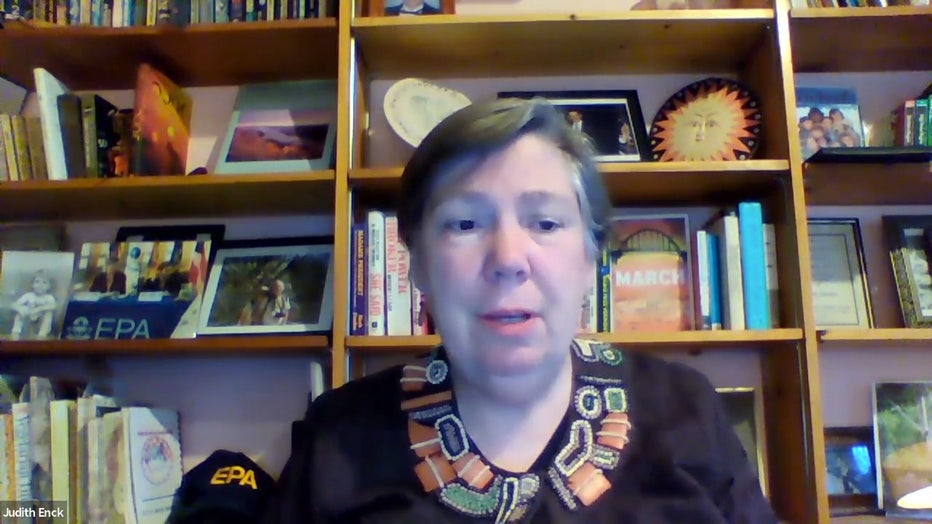 Enck said these efforts are nothing more than greenwashing.

"Greenwashing is an unfortunate phenomena when companies do just a little bit on environmental sustainability issues and then want praise for doing more than the actual impact," Enck said.

We asked Johnson to respond.

"I would respond to that by saying – I’d ask her the question, ‘What’s the alternative?’ Because whatever the alternative is going to create significantly greater cost for consumers," Johnson said.

FOX6 News wanted to know how many of S.C. Johnson’s products use post-consumer recycled materials. The answer presents another concern for environmentalists. 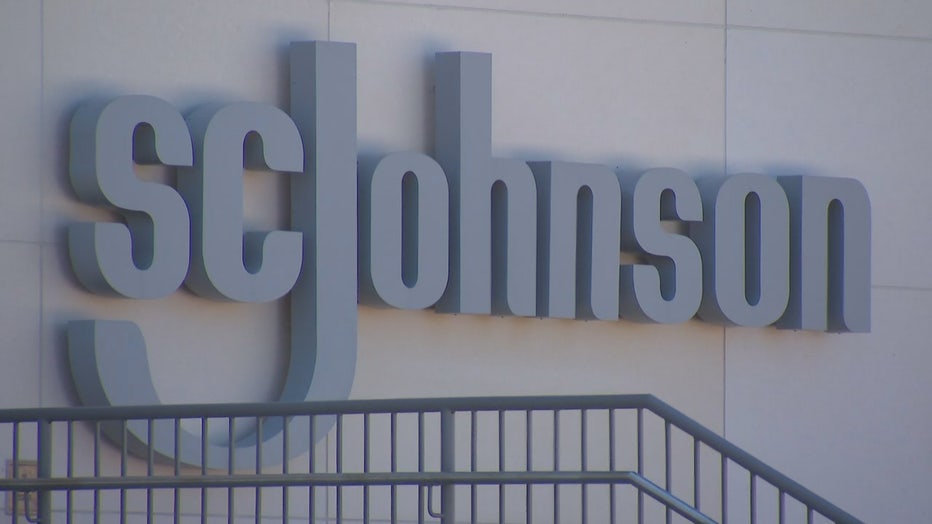 "In certain types of products – like Windex – we can make this bottle out of 100% recycled plastic," explained Johnson. "For many of our other products, we only get 20% or 30% recycled plastic in it because the physical properties of the plastic aren’t compatible with the product or the design."

Enck made that suggestion just days before S.C. Johnson announced another plastic cup recycling partnership with the Milwaukee Bucks. 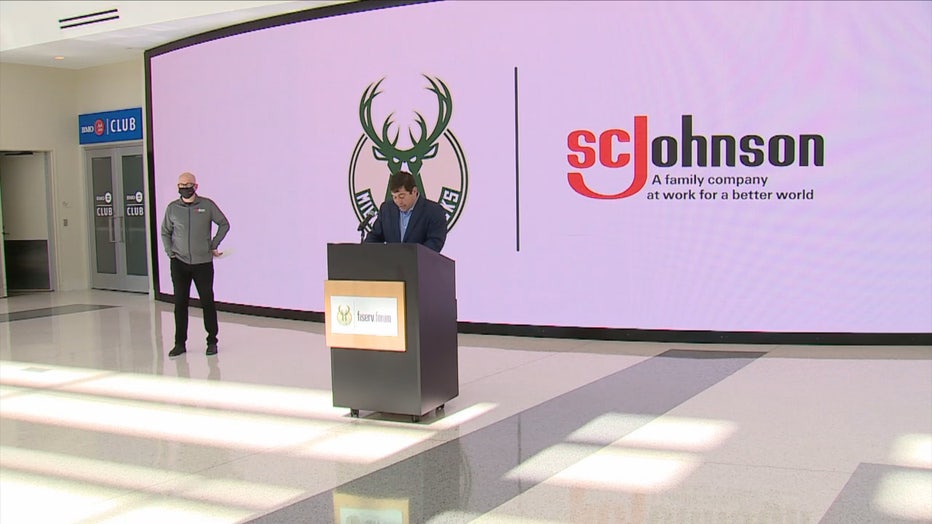 "Sporting arenas could take steps on their own by offering reusable containers with a modest deposit and they will get many more returns than plastic cups going into a designated recycling area," Enck said.

Enck points to America’s dismal recycling rate for plastics --- a mere 8.7% compared to 68% for items like paper and cardboard – as the reason to stop using plastics altogether. 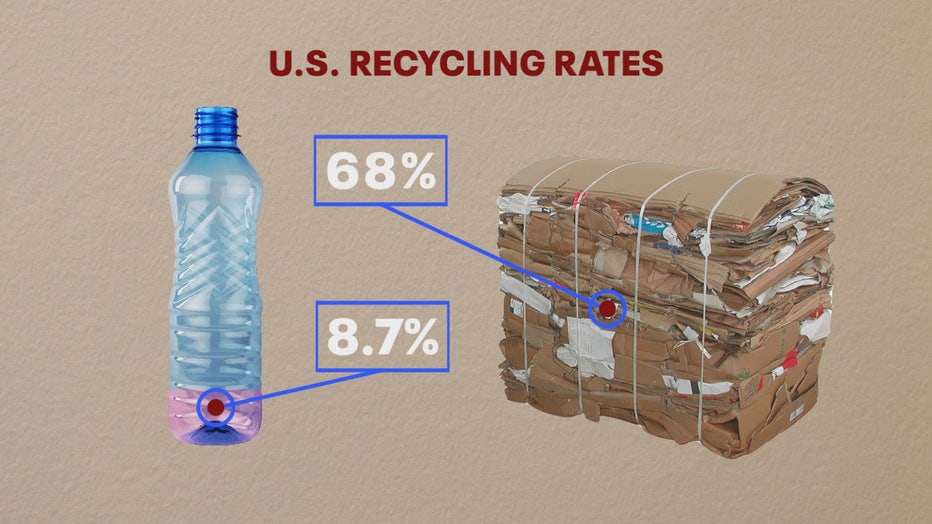 S.C. Johnson is giving consumers an option. There are now ways to refill and reuse your Windex bottles.

In 2019, S.C. Johnson acquired Stasher – they’re reusable silicone storage bags that serve as a green alternative to its own line of Ziploc bags. 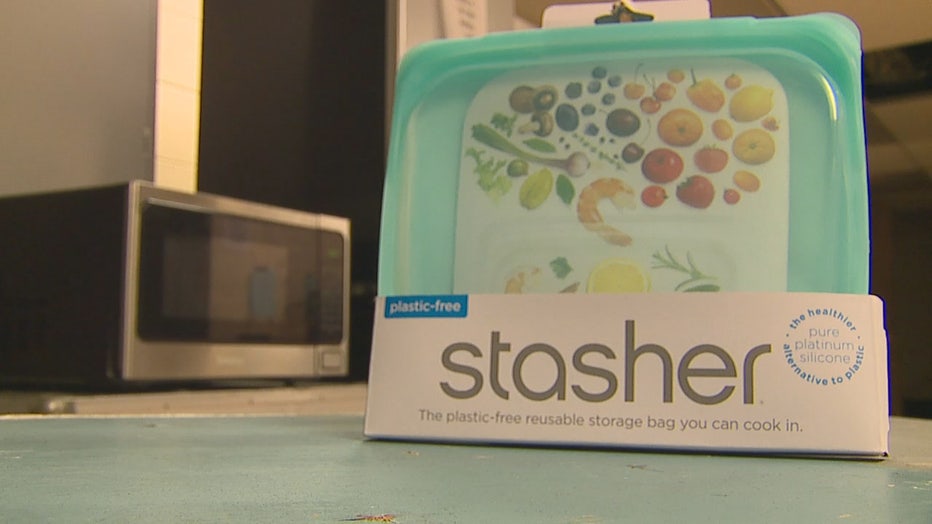 It’s that change that could finally turn the tide on plastics.