MOUNT PLEASANT — Wisconsin Gov. Tony Evers' administration and Foxconn Technology Group said Thursday that a massive project planned for the state was moving forward, and disputed Republicans who blamed the new Democratic governor for a change in direction away from manufacturing to more research jobs.

Foxconn said Wednesday that it was shifting the focus of the Wisconsin project away from making high-tech flat panel screens for televisions and other products in favor of a research and development hub. While the company insisted it would still employ up to 13,000 people, they would primarily be scientists and developers, not blue collar assembly line workers as originally promised.

President Donald Trump, who heralded the Foxconn project as the "eighth wonder of the world" at its groundbreaking last summer, had pointed to it as a sign of a manufacturing resurgence in America. 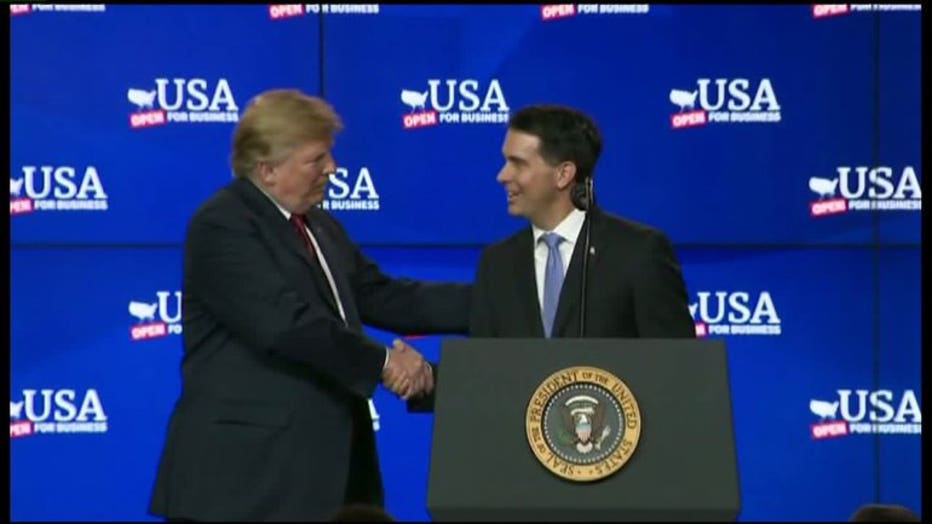 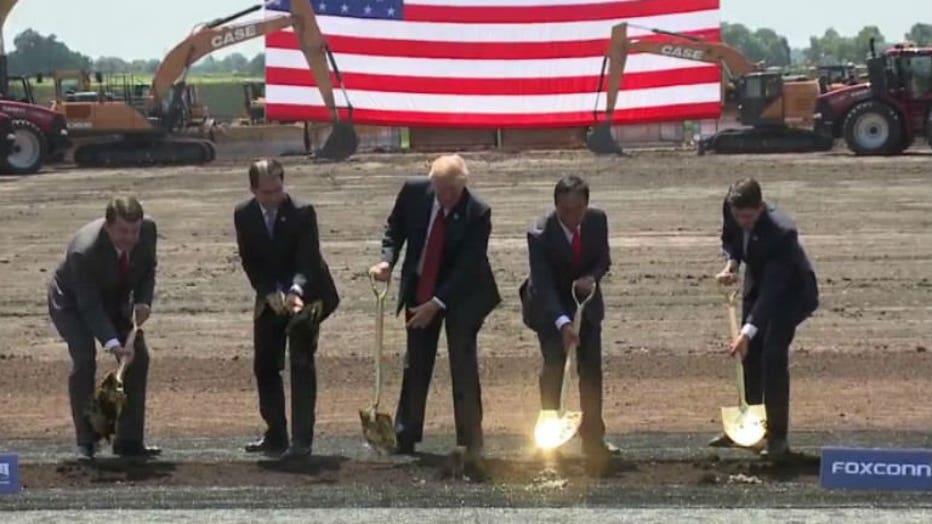 In response to Foxconn's change in direction, the White House on Wednesday referenced to President Trump's work to improve the U.S. business climate. An administration official, who asked not to be identified to discuss internal thinking, said the White House would be "disappointed" if the promised initial investment did not pan out. 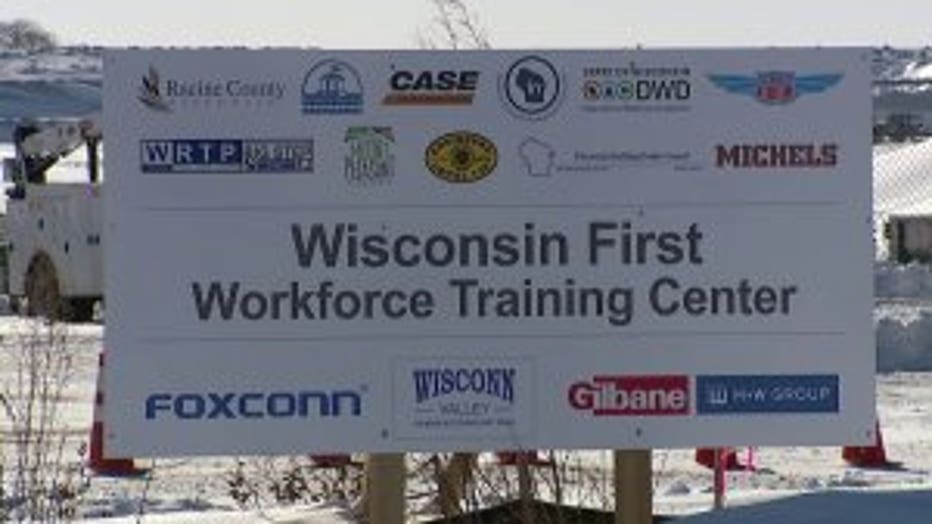 Foxconn, the world's largest electronics manufacturer, has not said this week whether it will invest the $10 billion in Wisconsin as originally promised. Local Wisconsin government and economic development officials said they were assured by Foxconn that remained the goal.

Over the past year, Foxconn has repeatedly revised what it plans to do in Wisconsin and the type of workers who will do it. Foxconn cited a changing global market as requiring a move away from making LCD panels in Wisconsin. Apple is Foxconn's main manufacturing customer and it has forecast a drop in revenue from the Chinese market due to decreasing demand for iPhones.

Foxconn's shift away from manufacturing LCD panels led Republican legislative leaders to lay blame on Evers, who had been critical of the project and its potential $4 billion in taxpayer subsidies during his campaign with then-Gov. Scott Walker. Evers has also proposed capping a manufacturing tax credit program that is not a part of the contract with Foxconn.

Still, Republicans said Evers' desire to all-but eliminate that credit was part of an "anti-jobs agenda." Foxconn's move away from manufacturing shows it is "reacting to the wave of economic uncertainty that the new governor has brought with his administration," Assembly Speaker Robin Vos and Senate Majority Leader Scott Fitzgerald said. 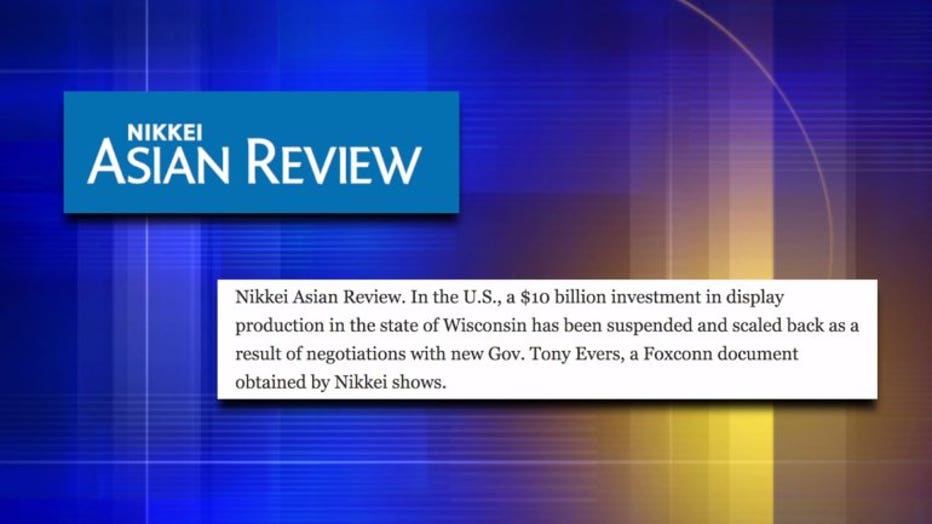 But both Foxconn and Mark Hogan, head of the state's economic development agency under Walker and Evers, disputed the GOP claims on Thursday. Hogan, CEO of the Wisconsin Economic Development Corporation, also disputed a report from Nikkei Asian Review, citing anonymous sources, that said Evers was attempting to renegotiate side deals with the company. 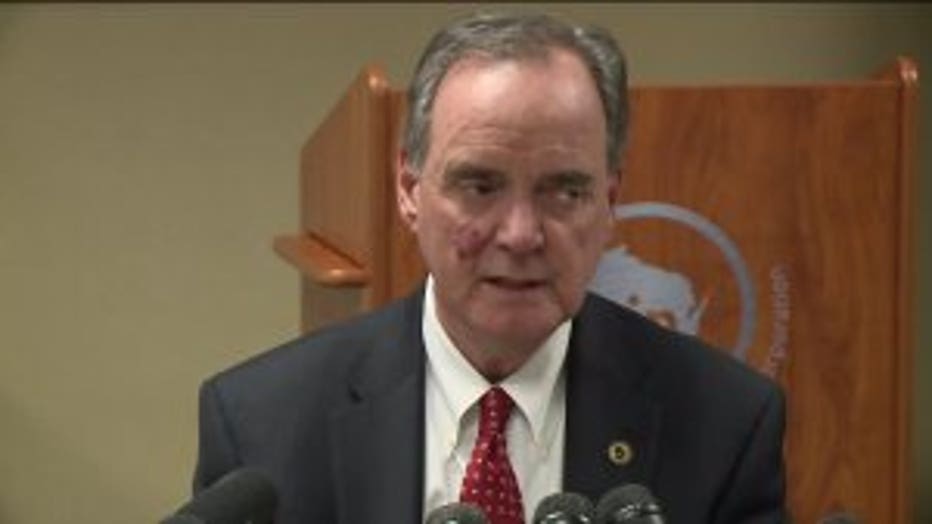 "I have been involved with the Foxconn project from day one and there never have been any side deals and the contract stands on its own," Hogan said in a statement. "In addition, there have been no attempts by either the company or the Evers' or Walker administrations to renegotiate WEDC's contract."

Evers' spokeswoman Melissa Baldauff tweeted that the report claiming Evers was trying to renegotiate the contract was "false."

Hogan said Evers and his administration "have done a very good job of reaching out to company officials and developing a relationship that will protect our taxpayers' interests and at the same time, give Foxconn the ability to be successful in Wisconsin." 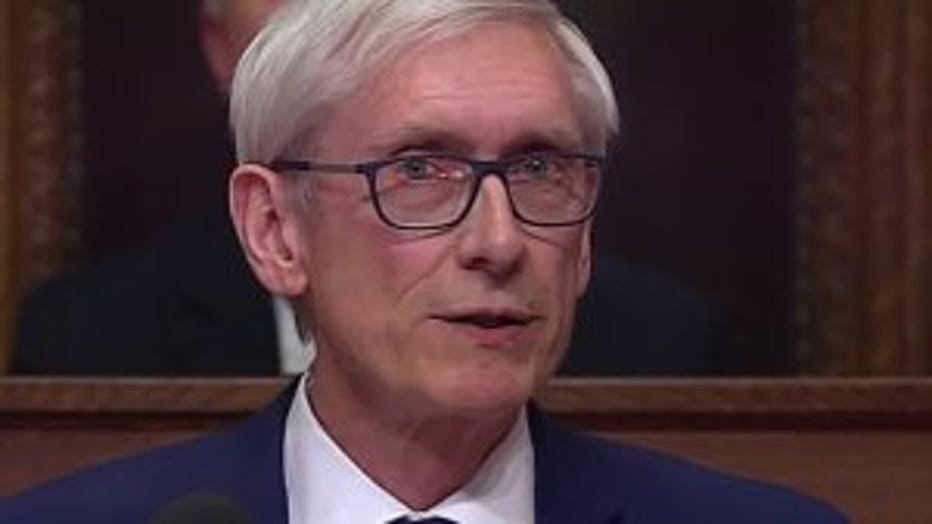 Foxconn issued its own statement Thursday, saying "All interactions to date with Governor Evers and his team have been constructive and we look forward to further discussions" about continuing the project.

Foxconn repeated its assurances from Wednesday that the project is moving forward and it plans to employ up to 13,000 people. It said over the next 18 months Foxconn plans to build a packaging plant, a molding factory, an assembly facility, a prototyping center, a research and development center a high-performance data center and a "town center" to support people working on the sprawling campus near Racine.

Vos and Fitzgerald did not immediately return messages seeking comment in reaction to the Foxconn and Hogan statements.

The Foxconn deal was negotiated by Hogan for Walker, who along with President Trump touted it as a "once-in-a-generation" opportunity to bolster manufacturing in the United States. 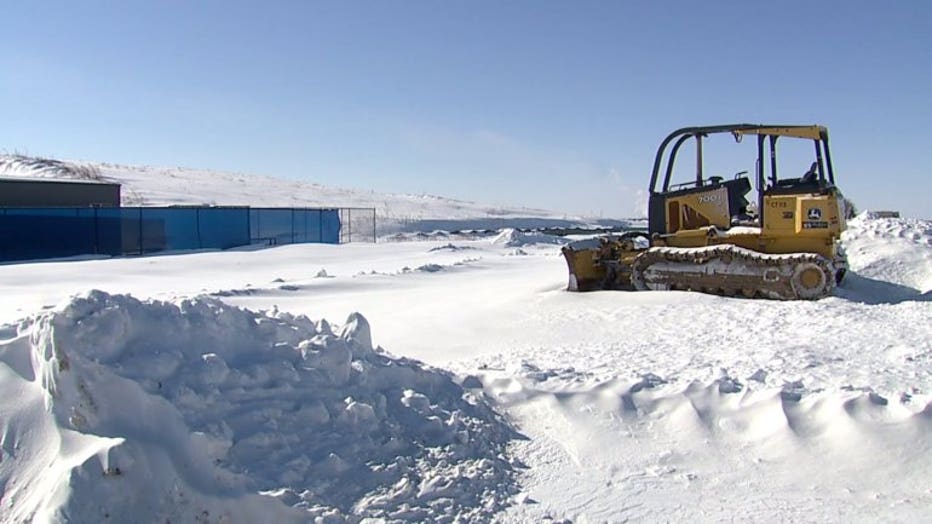 Foxconn filled 178 Wisconsin jobs in 2018, 82 short of the target needed to claim $9.5 million in tax credits. However, the company could claim them by exceeding job totals in future years.

"Foxconn is continuing its Wisconsin project. The company remains committed to its long-term investment and creating 13,000 jobs in Wisconsin.

All interactions to date with Governor Evers and his team have been constructive and we look forward to further discussions as we continue to invest in American talent and broaden the base of our investment within the State of Wisconsin.

While Foxconn's need to be responsive to the global market environment has necessitated a reconsideration of which technology will best suit the needs of its customers, its commitment to the construction of the Wisconn Valley Science and Technology Park campus and the creation of 13,000 jobs in Wisconsin remain unchanged. Foxconn will be moving forward with plans to build an advanced manufacturing facility in Wisconsin. In the next 18 months, Foxconn plans to construct:


We look forward to continued investment in American talent as we build the AI 8K + 5G ecosystem we are creating in Wisconsin and the US. Further updates will be shared in due course."