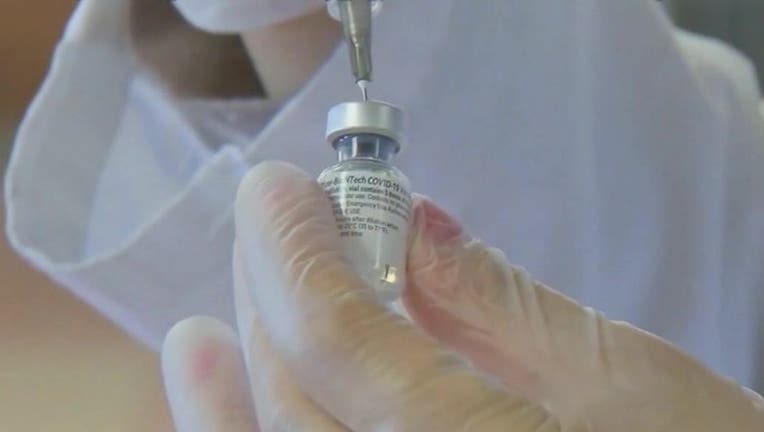 MADISON, Wis. - All adults in Wisconsin will be eligible for the coronavirus vaccine on May 1, Gov. Tony Evers announced Friday.

State health officials said Thursday that everyone in the state would be eligible sometime in May. Hours later, President Joe Biden said he wanted states to make everyone eligible by May 1.

"Having increased supply available means we’ll be able to open up to the general public on May 1st," Evers said in a statement after being asked whether the state could meet Biden's deadline. "Getting vaccinated will be key to putting this pandemic behind us, so I encourage every Wisconsinite who is currently eligible to get signed up."

Evers also did not say if eligibility will be for everyone age 16 and up. That has been the previous age cutoff for other rounds of eligibility already announced.

As of Friday, more than 20% of Wisconsin's population, nearly 1.2 million people, had received at least one dose of the vaccine and 11.5% had completed the vaccine series. Nearly 37% of people over age 65 have completed the series.

Evers' announcement came a day after the state announced that more than 2 million people with underlying health conditions will be eligible for the vaccine starting March 29. Those include anyone who has a body mass index above 25, which is considered overweight, people with moderate or severe asthma, high blood pressure, cancer and diabetes.

On Friday, the state Department of Health Services changed its website t o show that restaurant workers are now eligible. They had been one of the last groups of public-facing workers not eligible. The Milwaukee Journal Sentinel first reported on the change and health officials did not immediately return messages.

Julie Willems Van Dijk, the state's deputy health secretary, on Thursday defended expanding eligibility only to people based on their underlying health conditions, not occupations. She noted that many people whose jobs don't make them eligible will be able to get the vaccine because of a pre-existing health condition.

She also noted that vaccinators were not being told to verify that a person was eligible, leaving it up to the honesty of each person seeking the vaccine. That has been the case ever since vaccinations began for frontline healthcare workers, followed by people over age 65, teachers and others.

Also on Friday, Evers announced that a third state-run community vaccination clinic would be opening March 23 at Regency Mall in Racine. Other clinics have opened at Blackhawk Technical College in Janesville and at the University of Wisconsin-La Crosse.