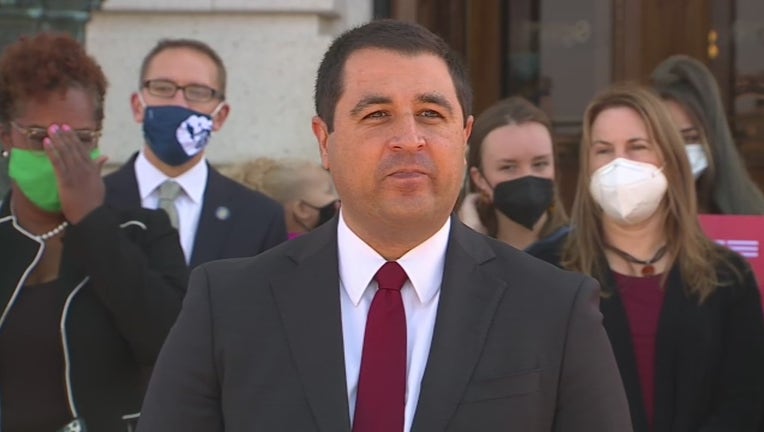 MADISON, Wis. - Wisconsin Attorney General Josh Kaul is asking a court to block subpoenas issued by an attorney hired by Republicans to lead an investigation into the 2020 presidential election that was won by President Joe Biden.

Kaul, a Democrat, asked a Dane County judge on Thursday to block the subpoenas sent to state elections officials by former Wisconsin Supreme Court Justice Michael Gableman. He was hired to look into the election by Republican Assembly Speaker Robin Vos.

The nonpartisan Legislative Audit Bureau is doing an independent review of the election. Its findings were expected any day, while Vos said he doesn't expect Gableman to complete his work until the end of the year. The audit bureau review was ordered by Republicans, but its work is done independent of any involvement by either political party — unlike Gableman, who is reporting to Vos.

Biden’s roughly 21,000 vote win over Donald Trump in Wisconsin has withstood recounts and multiple court rulings. There was no widespread fraud. To date, only four Wisconsin voters out of about 3.3 million who cast ballots in the election have been charged with election fraud.

Kaul represents the Wisconsin Elections Commission and its administrator, Meagan Wolfe. She was among those subpoenaed by Gableman, who originally said he was going to interview Wolfe, mayors of the state's five largest cities and other local elections officials in private. He later agreed to cancel those interviews for now and accept a limited amount of documents from Milwaukee, Madison, Racine, Kenosha and Green Bay.

Kaul, in his court filing, argues that the subpoenas are unenforceable under both the U.S. and Wisconsin constitutions as well as under state law. Kaul said the subpoenas are not valid because he wants to interview Wolfe in private, rather than in front of the committee.

Kaul also argued that the subpoenas were too broad and vague and they were issued in the name of the Assembly elections committee. The chair of that committee, Republican Rep. Janel Brandtjen, has said that Gableman is not consulting with her about his investigation.

Gableman did not immediately return a message Friday.

Kaul last week called the Gableman probe a "fake" investigation that should be halted.

The Western Lakes Fire District on Thursday showed off its advanced, unmanned aircraft for the first time. The district got the drone in March.

Drug Take Back Day is Oct. 23: Dispose of unused medication

Wisconsinites are encouraged to dispose of unwanted and unused medications at Drug Take Back and drug disposal locations across the state on Oct. 23.